The Group of Seven is the collective name for a group of Canadian artists who exhibited together from 1920-1933. They were influenced by the land and became hugely influential in Canadian society ever since. There were more than seven of them- members came and went. And the founders had a strong friendship with Tom Thomson, who died before they formally became a group, but who was a lasting influence on them. Thomson and the Group are often exhibited together. J.E.H. MacDonald was one of them, and this is March Evening, Northland, dating to 1914. 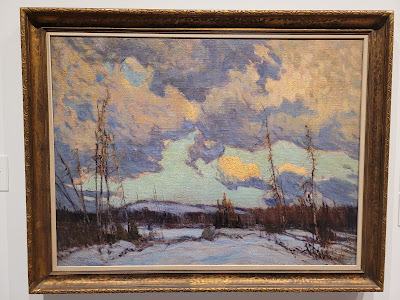 At top we have Cacouna, by A.Y. Jackson, another Group member, dating to 1921. Thomson painted Snow Covered Trees in 1916. 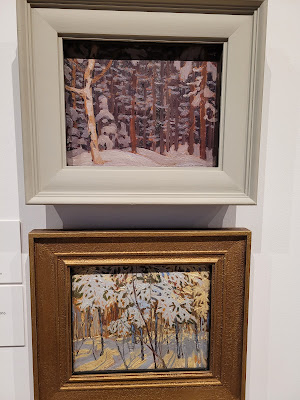 Winter Morning is a 1914 painting by Lawren Harris, another member of the Group. 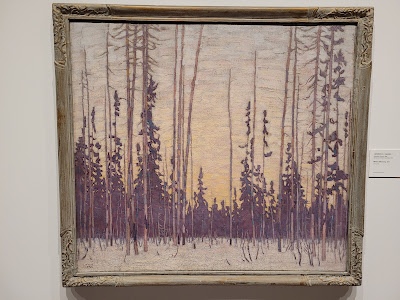 Two more. At top we have In The Woods, an undated painting by Thomson. Below is Study For 'Sumacs', a 1915 painting by Franklin Carmichael, another member of the Group. 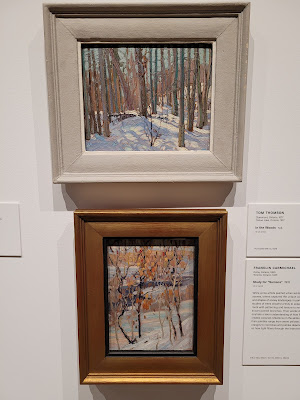 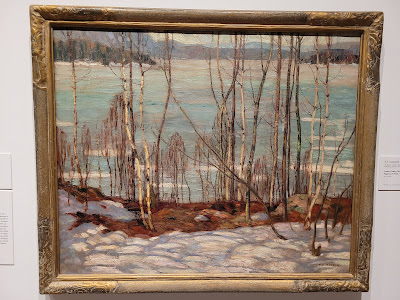 These two are by artists not of the Group, but having a lot in common with them. Clarence Gagnon painted A Laurentian Homestead around 1919. 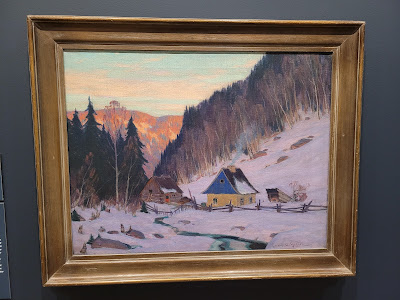 Waiting is the appropriate title of this undated painting by Kathleen Moir Morris. 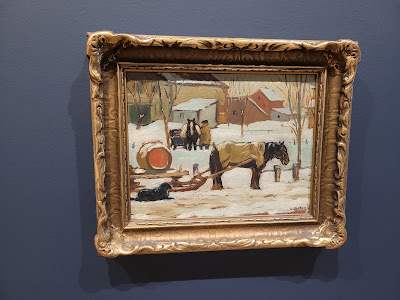 Here we have another work by Harris, hung in a large space with several other Group paintings and other items. Afternoon Sun, North Shore, Lake Superior is a 1924 painting. 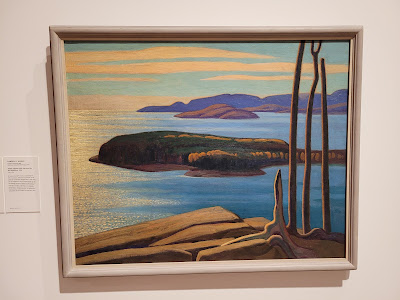 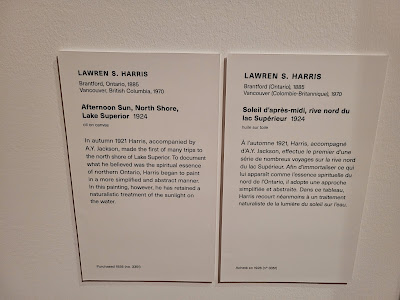 Here's a look at some of the other contents of this space. An Algonquin artist created the canoe that is given pride of place in the heart of the room. On the opposite wall is a collection of various works by Canadian artists. 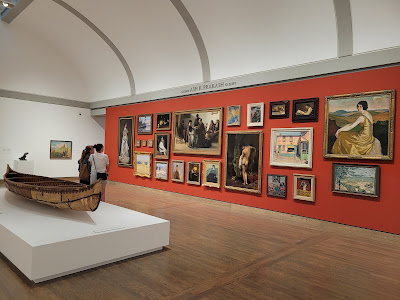 And on the wall behind me are works by members of the Group. We'll leave off today with one of them. March Storm, Georgian Bay is a 1920 painting by Jackson. 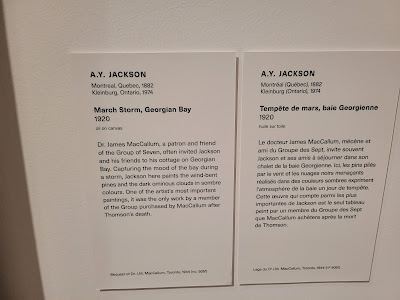