This propaganda poster of the time circulated among French-Canadians evoked the story of Madeleine de Vercheres, a heroine of the days of New France, encouraging women to follow her example and join the war effort. 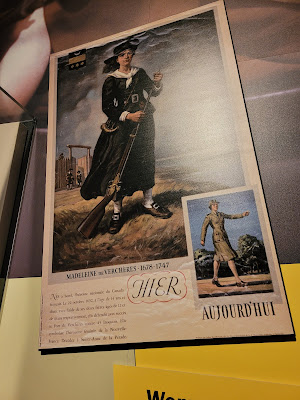 This poster really speaks for itself. 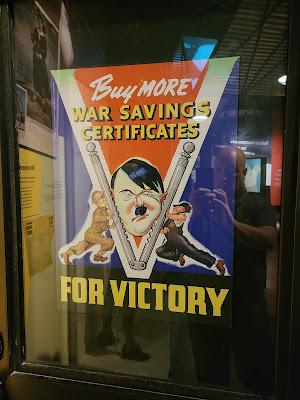 War bonds helped finance the war on the home front. 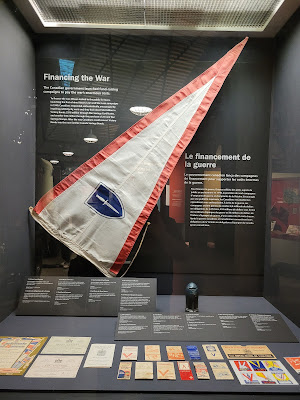 Rationing wasn't as strict in Canada as elsewhere, but it became a part of life at home. This display case features some grocery items of the time, as well as ration books. I'd be in real trouble trying to keep to that sugar ration. 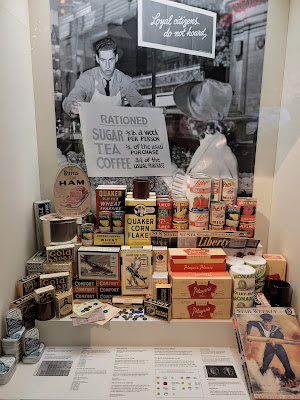 Canadian soldiers had gone overseas starting in 1939, where they were garrisoned in Britain, waiting and training for their first chance at combat. 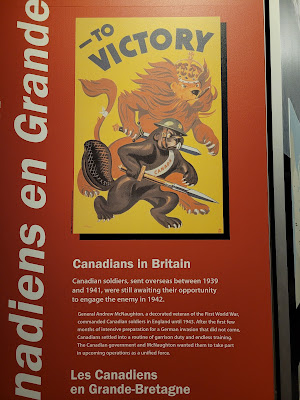 It would come on a dark day in August 1942 at Dieppe, France, where an invasion by mostly Canadian soldiers ended in failure. While it's considered a catastrophe, there were examples of extraordinary bravery throughout. The hard lessons learned at Dieppe would become absolutely critical less than two years later on D-Day. 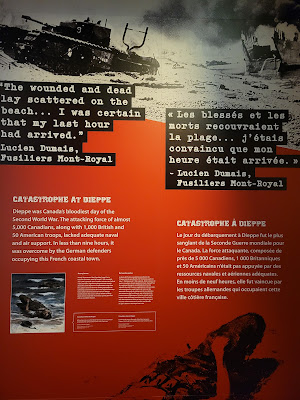 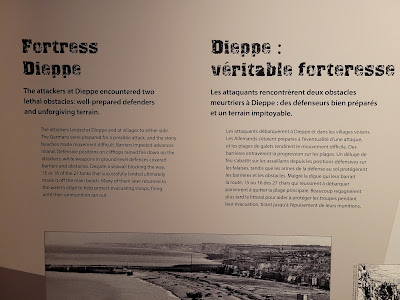 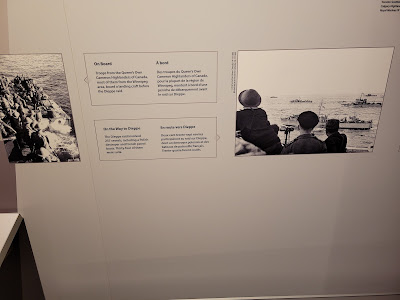 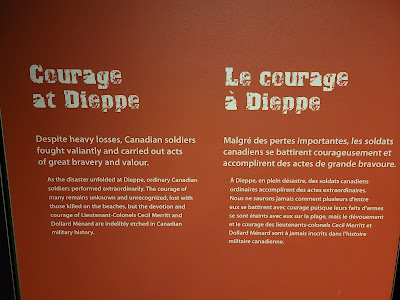 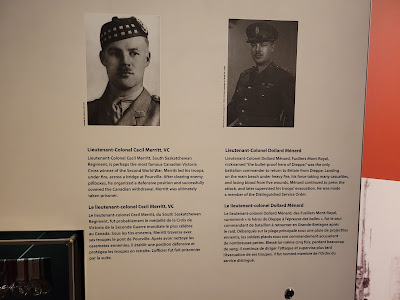 Canadian pilots and flight crews serving in the air showed their own bravery in combat. This included Andrew Mynarski, who died of burns after trying to save a comrade in their burning Lancaster. He would win the Victoria Cross for his courage. A portion of the fuselage is seen in the background. 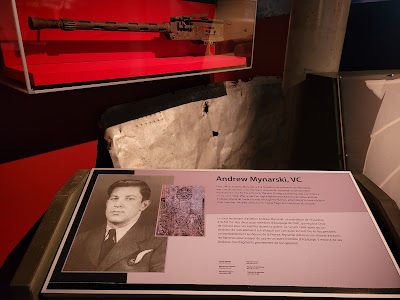 Mounted above, one of the great icons of the war: the Spitfire. 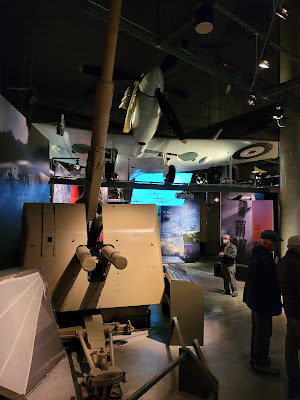 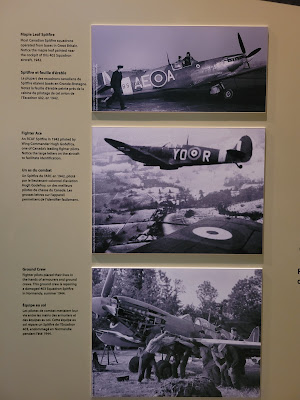