The Aerodrome Of Democracy

When World War Two broke out there was little doubt that Canada would join. At the time the country was underprepared and with low numbers in the regular military. That would change. 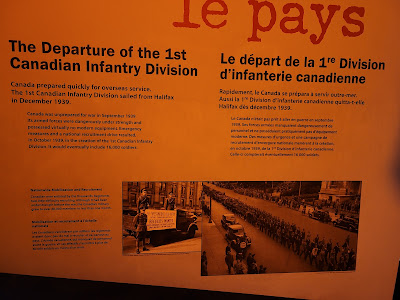 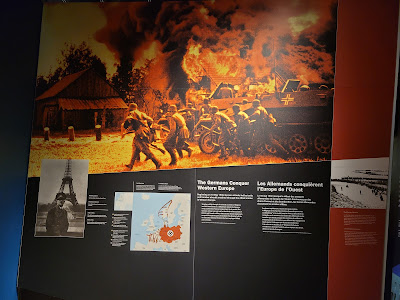 Canadians would head overseas, garrisoned in Britain, beginning to train for the inevitable push back into Europe. Naval assets fought their own war at sea in what was the longest campaign of the war- the Battle of the Atlantic. And Canadian pilots took to the air as part of the Battle of Britain. 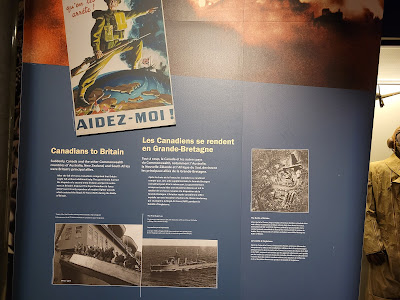 A typical pilot's flight gear is here, with a model of a Hurricane overhead. 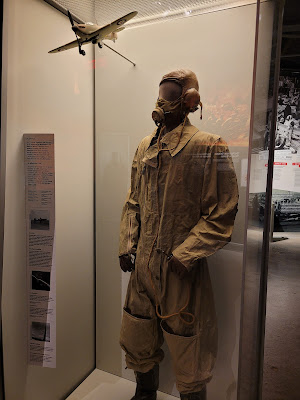 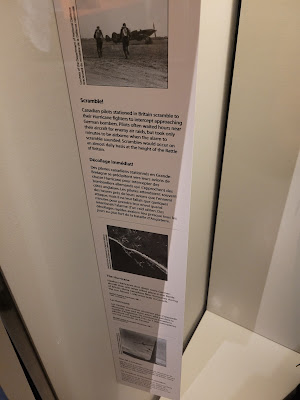 But to fly, you had to learn. This is the Link trainer, a flight simulator that some would describe as harder to handle than the real thing. 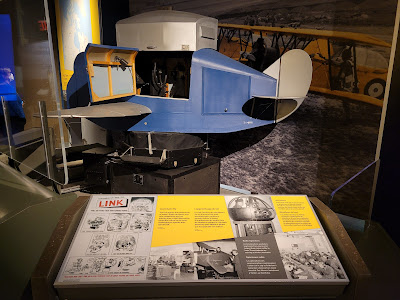 The British Commonwealth Air Training Program was agreed upon by Canada, Britain, Australia, and New Zealand; hundreds of thousands of personnel were trained at Canadian bases. The quote by Franklin Roosevelt, who at the time understood the world's perils in a way that many of his countrymen refused to acknowledge, speaks volumes. 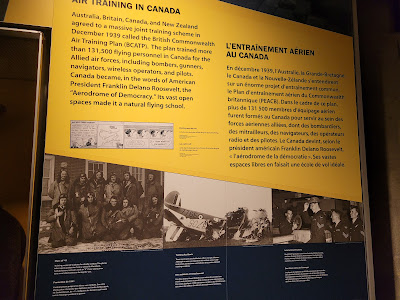 The BCATP was highlighted in an American film of the period by James Cagney, seen here with the Canadian ace of the First World War, Billy Bishop. 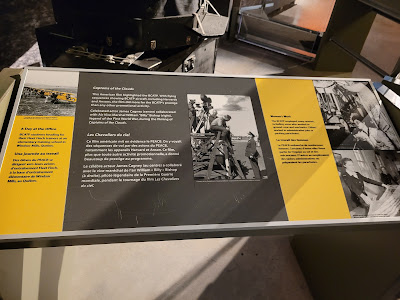 The Battle of the Atlantic raged from the very start of the war to the end of the conflict in Europe. Allied merchant ships, moving the cargo so needed in Europe, were protected by navy warships in convoys across the ocean. A recent addition to the Museum is a two minute realistic scenario featuring an encounter between a Canadian corvette ship and a German u-boat at night. 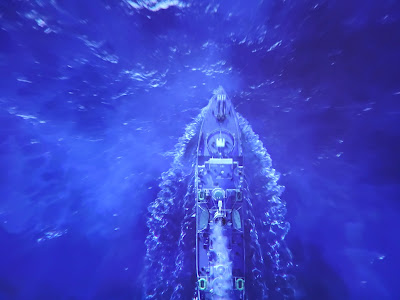 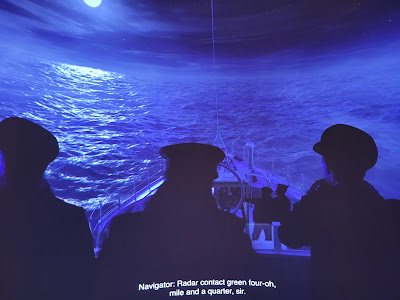 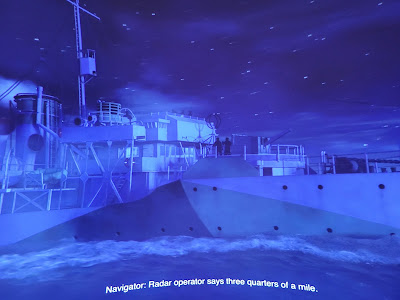 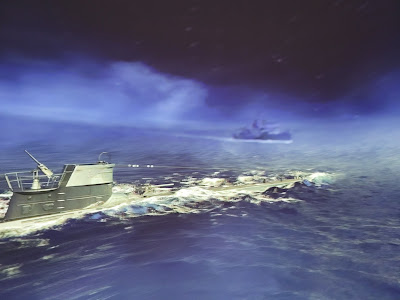 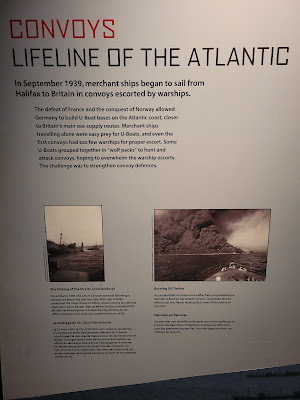 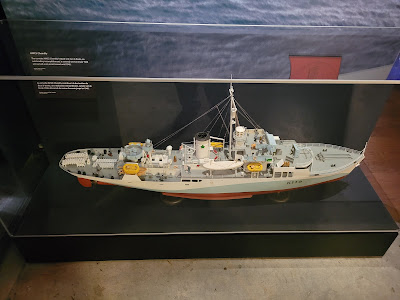