War On The Sea And Abroad

Corvette Bridge is a 1944 painting by Donald MacKay. 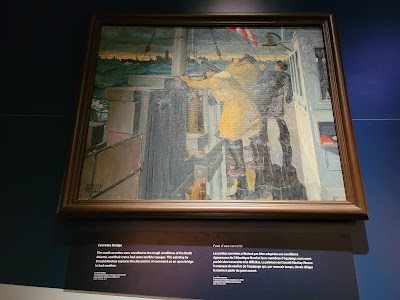 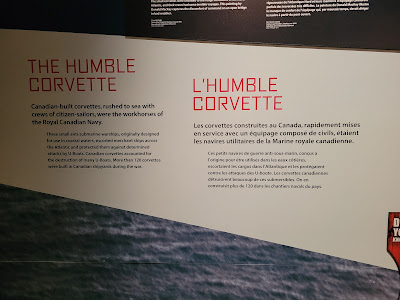 This is the service uniform of Joan Voller, one of the members of the Women's Royal Canadian Naval Service. I believe she has since passed away, but I remember seeing her here periodically on Remembrance Day in the past. 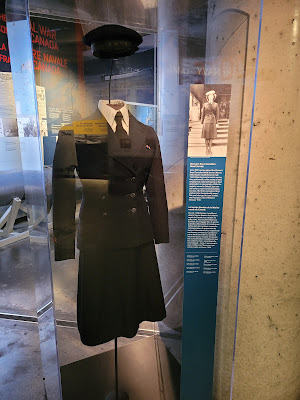 Items on this wall look into the war on the east coast. All of those dots along the shore or in the sea represent interactions, battles, or landings by Germans from the sea. The St. Lawrence and the Canadian coast were very busy places during the war. 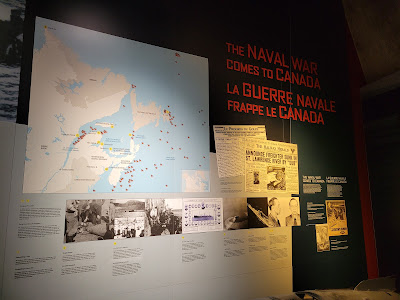 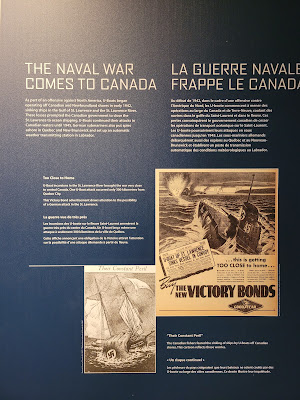 A quote by Churchill accompanies this: a German u-boat torpedo. 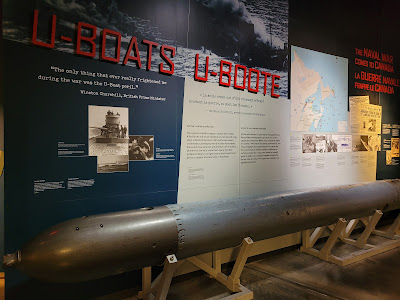 How to kill a u-boat: the depth charge, an item that proved very useful to Allied warships. 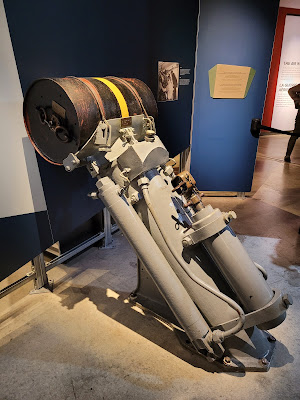 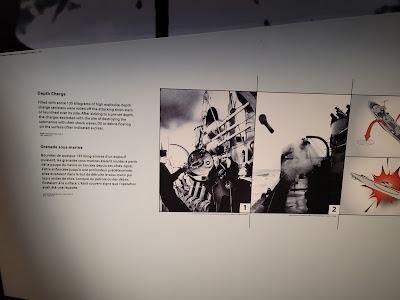 Something of critical importance to the Allies: the capturing of Enigma devices. It was with these that codebreakers were effectively able to read the German commuications. 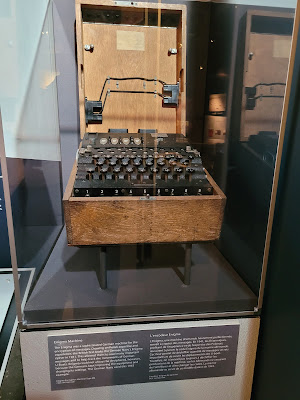 Canada's part in the war was primarily focused on the European war, but there was participation in the Pacific from the beginning. At the same time Japanese forces launched the attack on Pearl Harbor, they struck elsewhere in the world, including at Hong Kong, where Canadian forces were garrisoned. The Battle of Hong Kong would end in defeat, with many killed and many more taken prisoner. 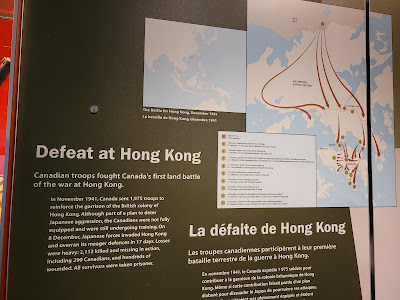 This is the uniform and gear of a Canadian soldier in that theatre of war. 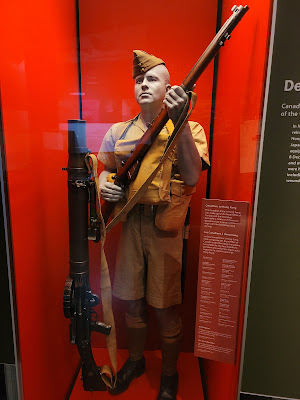 While this is how a Japanese soldier of the time was set up. 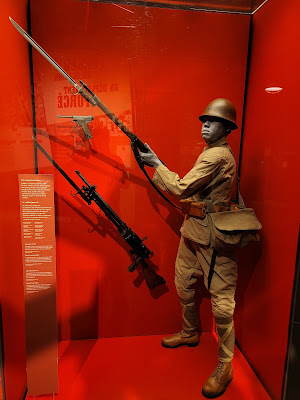 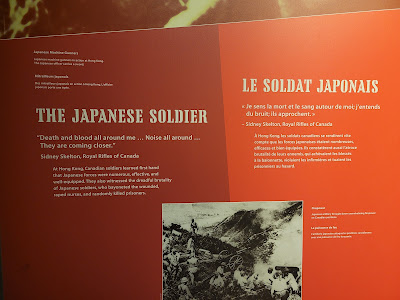 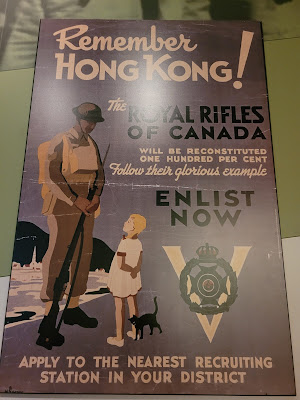