War At Home, Hell Upon The Front

Family portraits from the time of the First World War are gathered together, adding to the poignant tone of this part of the Museum. 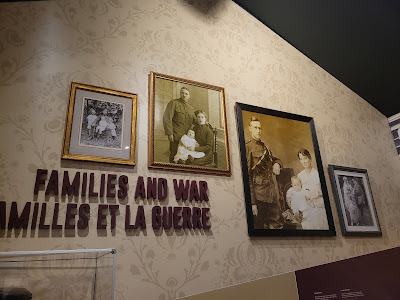 The 1917 federal election was the most bitterly fought election in the country's history, with the question of conscription at its heart. Prime Minister Robert Borden and Liberal leader Wilfred Laurier, a former PM in the twilight of his life, represented different world views on the matter. 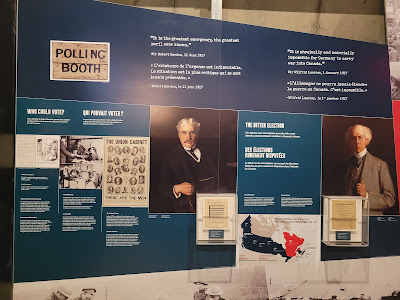 This collage of newspaper pages of the time does catch the eye. 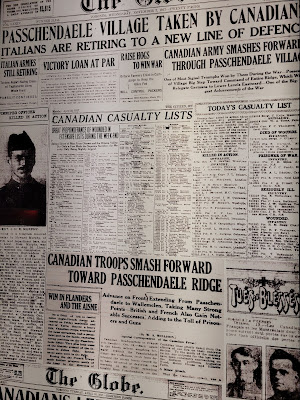 There is war art here as well, such as Land Girls Hoeing, by Manly Macdonald. 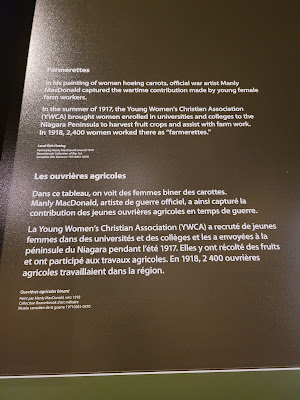 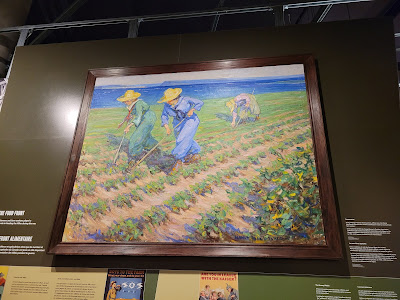 A large painting nearby is by one of Canada's greatest artists. Arthur Lismer of the Group of Seven was a commissioned war artist at the time, and the painting is Convoy In Bedford Basin. This is the setting of the Halifax Explosion in late 1917, with the collision of two ships in the harbour, one carrying explosives. This resulted in the worst non-nuclear explosion in history. 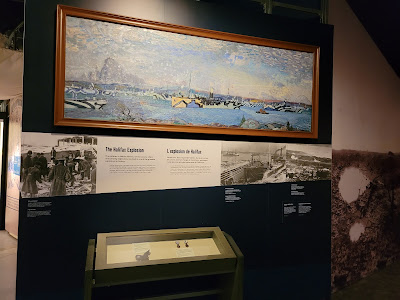 Medals related to the explosion are at right. A fragment of one of the ships, blown several kilometres inland, testifies to the violence of the explosion. 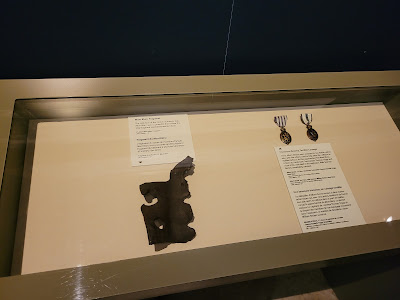 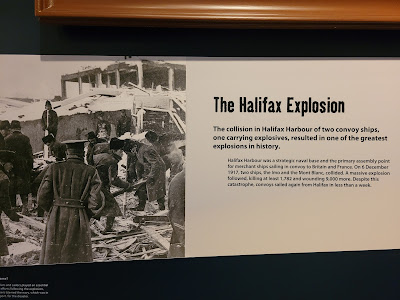 On the front, there is no more fitting example of hell on earth during that war than the Battle of Passchendaele, a bloody victory by Canadian soldiers in 1917. 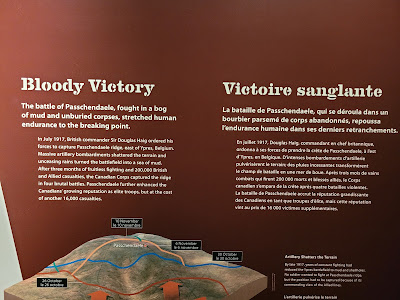 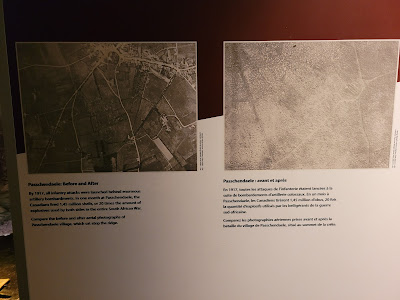 A recreation you can walk among is here, with large photography on the wall, and equipment and even a body reproduced in the mud and water. 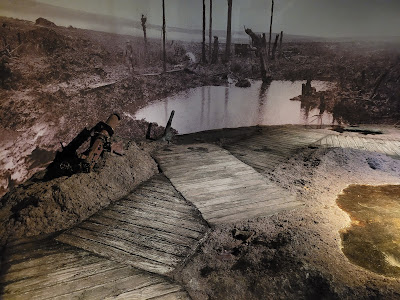 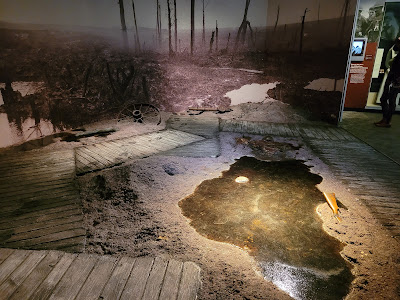 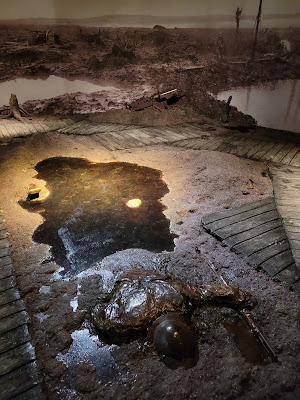 Two Canadians of the same rank fought with valour at Passchendaele, and their story is detailed here, with only one of them surviving. 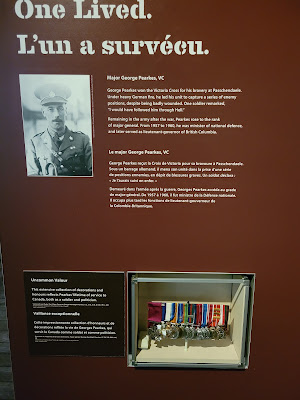 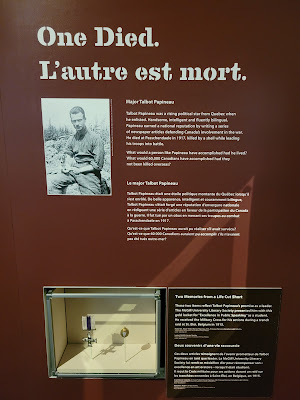