The first day of each month is a theme day for members of City Daily Photo. For December, that theme is Luxury. Check out how other members of the group are taking on the theme right here.

Two hotels came to mind for me for this theme, and we start with one. The Chateau Laurier is the grandest of hotels in Ottawa, opened in 1912 and built in a French Gothic Revival Chateauesque style as a compliment to the Parliament Buildings, which lie to the west. To the east, as seen from here in Major's HIll Park where we are seeing the Chateau in the distance, is the Connaught Building, a government building and castle of sorts. I took these shots a few days ago. 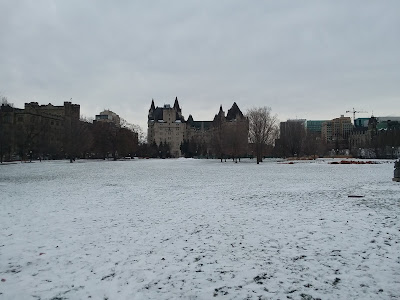 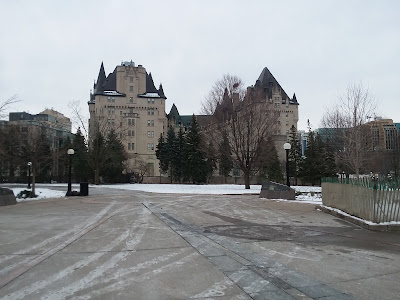 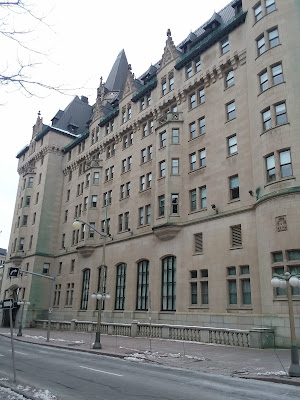 For the second half of his career, the pre-eminent portrait photographer of the world, Yousuf Karsh, had his studios in the Chateau. A few years ago this bust was erected in his honour outside. 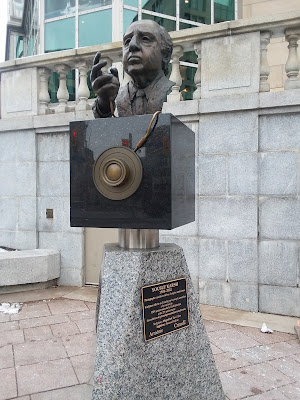 Inside, the hotel is inviting, with its walls adorned with art and photographs dating back through the Chateau's history. 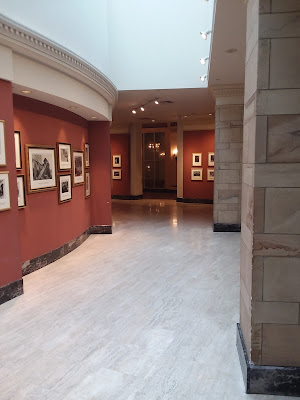 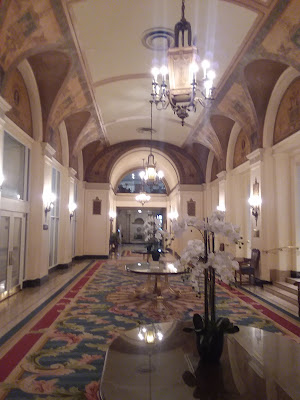 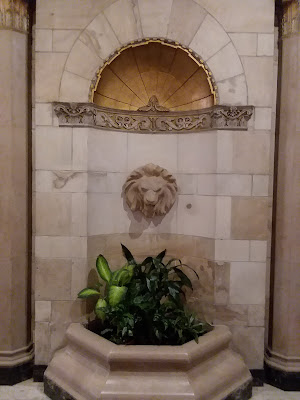 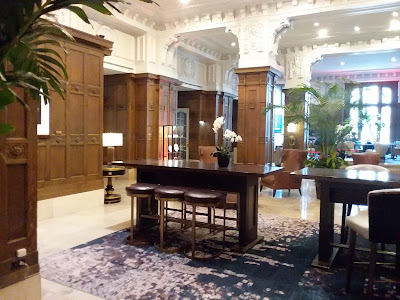 A look from out front and across the road. The statues and busts seen to the left are part of the collective group called The Valiants- figures of Canadian military history. 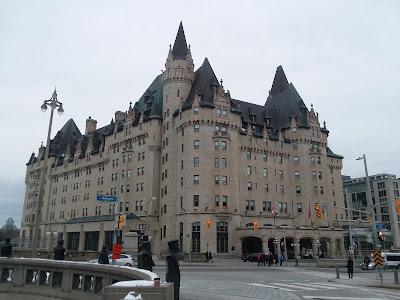 Down the road from there is another luxury hotel- the Lord Elgin Hotel. Named for a governor-general of the 19th century and dating back to 1941, it looks out over Confederation Park. 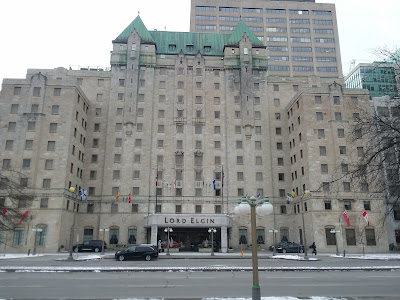 Inside, this fireplace drew my attention. This being that time of the year, Christmas decorations have already started to make their presence known in both hotels. 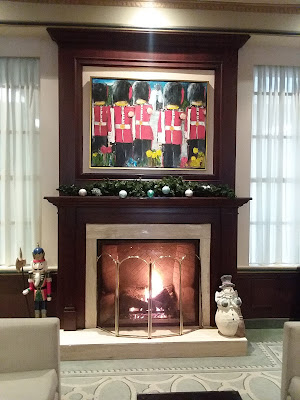 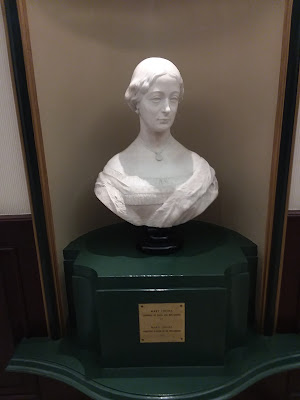 And this is James Bruce, Lord Elgin. 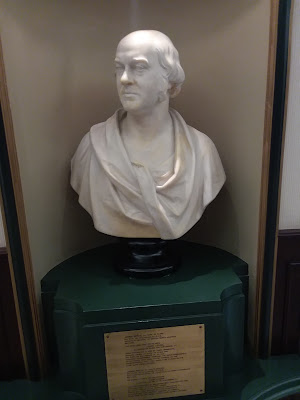