The Supreme Sacrifice In Wartime

This large field gun is a perfect example of what this part of the Museum's collection now focuses on: the killing power of the artillery in World War One. 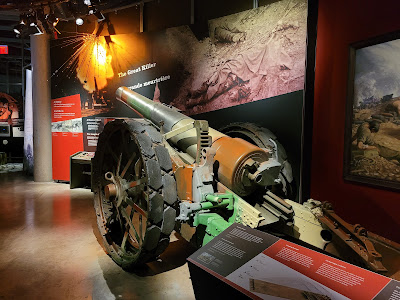 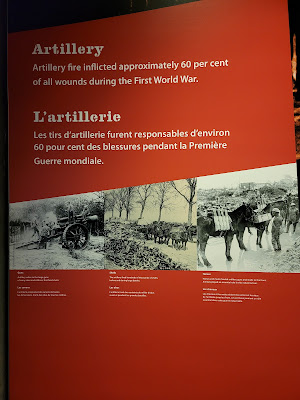 Shrapnel and balls from shells are displayed here. 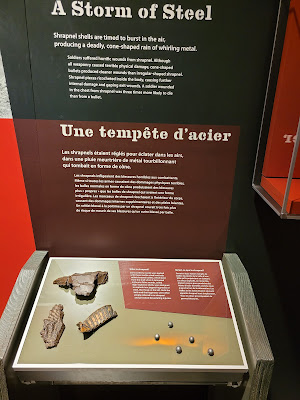 This display case features a cutaway of a shell, along with shrapnel pieces. The illustration at right is chilling but accurate, demonstrating the sheer amount of damage a piece of shrapnel could do to the body. A bullet wound you'd probably survive. Shrapnel would leave you forever wounded, but probably dead. 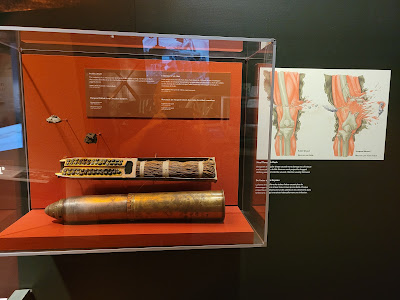 Stepping out of this area, panels look at the meaning of Vimy Ridge in the context of Canadian history. A massive memorial would be erected at Vimy, with the land given to Canada by France. 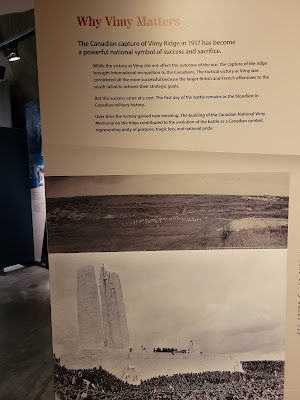 This photograph always intrigues me: Canadian soldiers after the battle. The faces of men who know they've done something that couldn't be done- but they did it anyway. 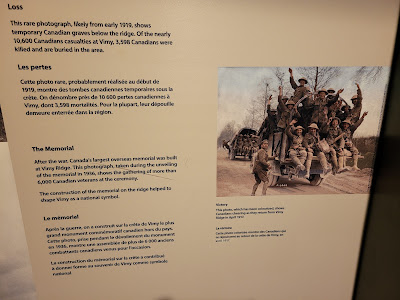 The next portion of the gallery looks at the war at home, and is particularly poignant. 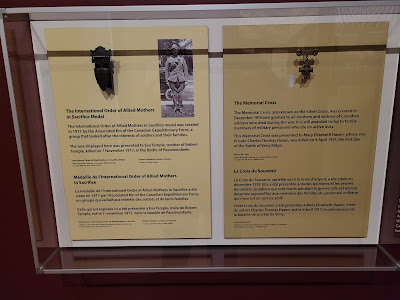 This service flag belonged to a family who sent four sons to war. One came back. 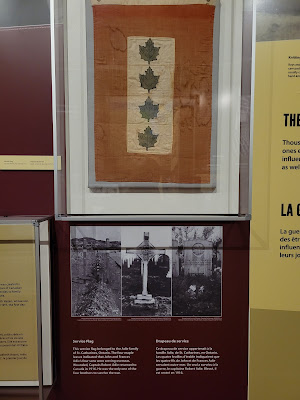 A child's toy and books are displayed beneath a clock. The clock itself was made by a company in what is today Kitchener, Ontario. During the war the town changed from its original name of Berlin. 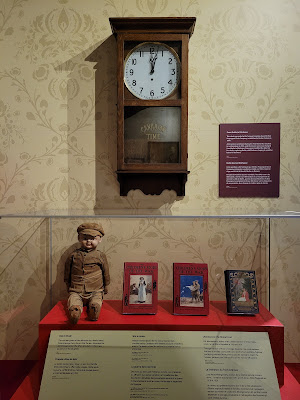 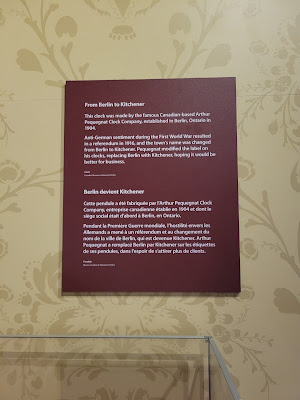 This small bear and letter are among the Museum's most touching artifacts. The bear was carried by a father, and the letter is from his son. They are among several artifacts belonging to the family. Lawrence Rogers would not live to see the end of the war. 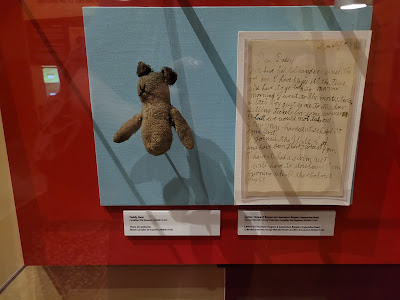 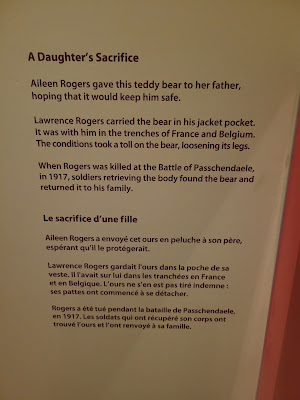 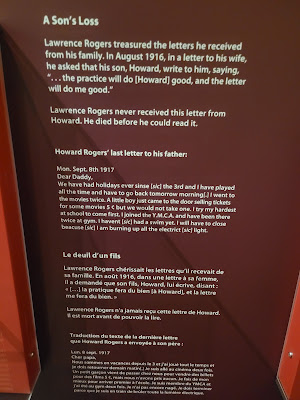 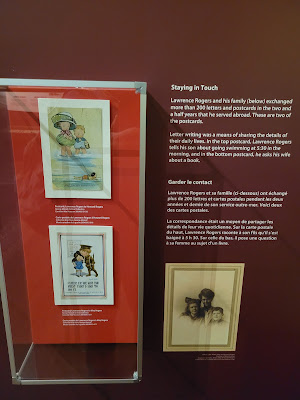 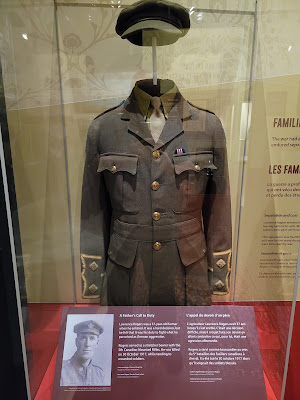