The Canadian Tulip Festival dates back to the aftermath of the Second World War, when the Dutch Royal Family and government began an annual tradition of sending tulips to Canada in thanks for the liberation of the Netherlands. In 1953, the festival was organized for the first time as a formal display thanks to the landscape photographer Malak Karsh and other supporters. It is a popular festival, drawing in hundreds of thousands of visitors each year in May to view the tulip beds in various parts of Ottawa and Gatineau, a rich variety of colour.

Commissioner's Park at Dow's Lake is one of the biggest tulip sites. These beds of tulips are inevitably the first to blossom each year, and this was the case again this year, though they were running quite late. I photographed them a few days ago. 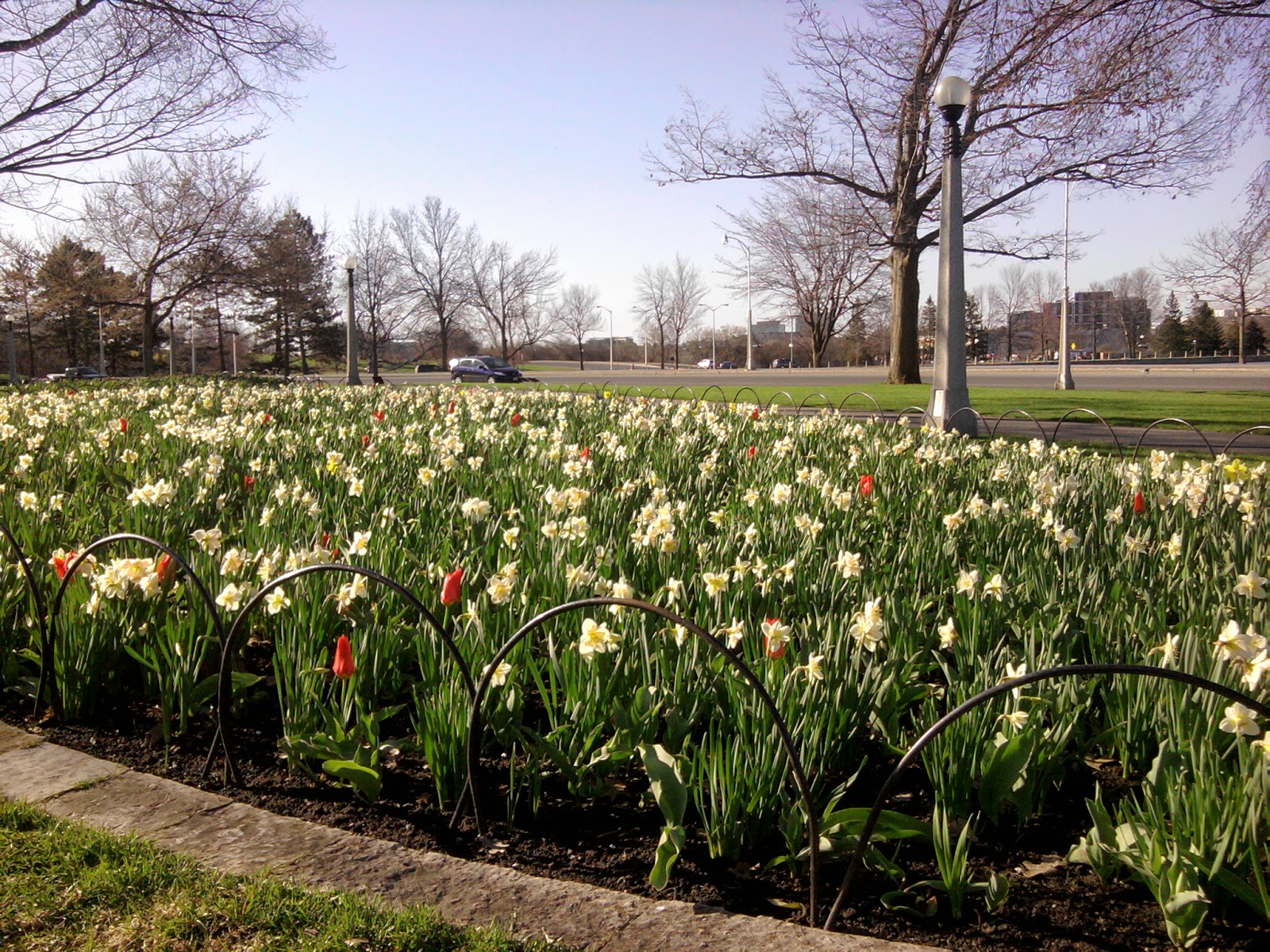 I found myself wondering if these bulbs were quite ready. 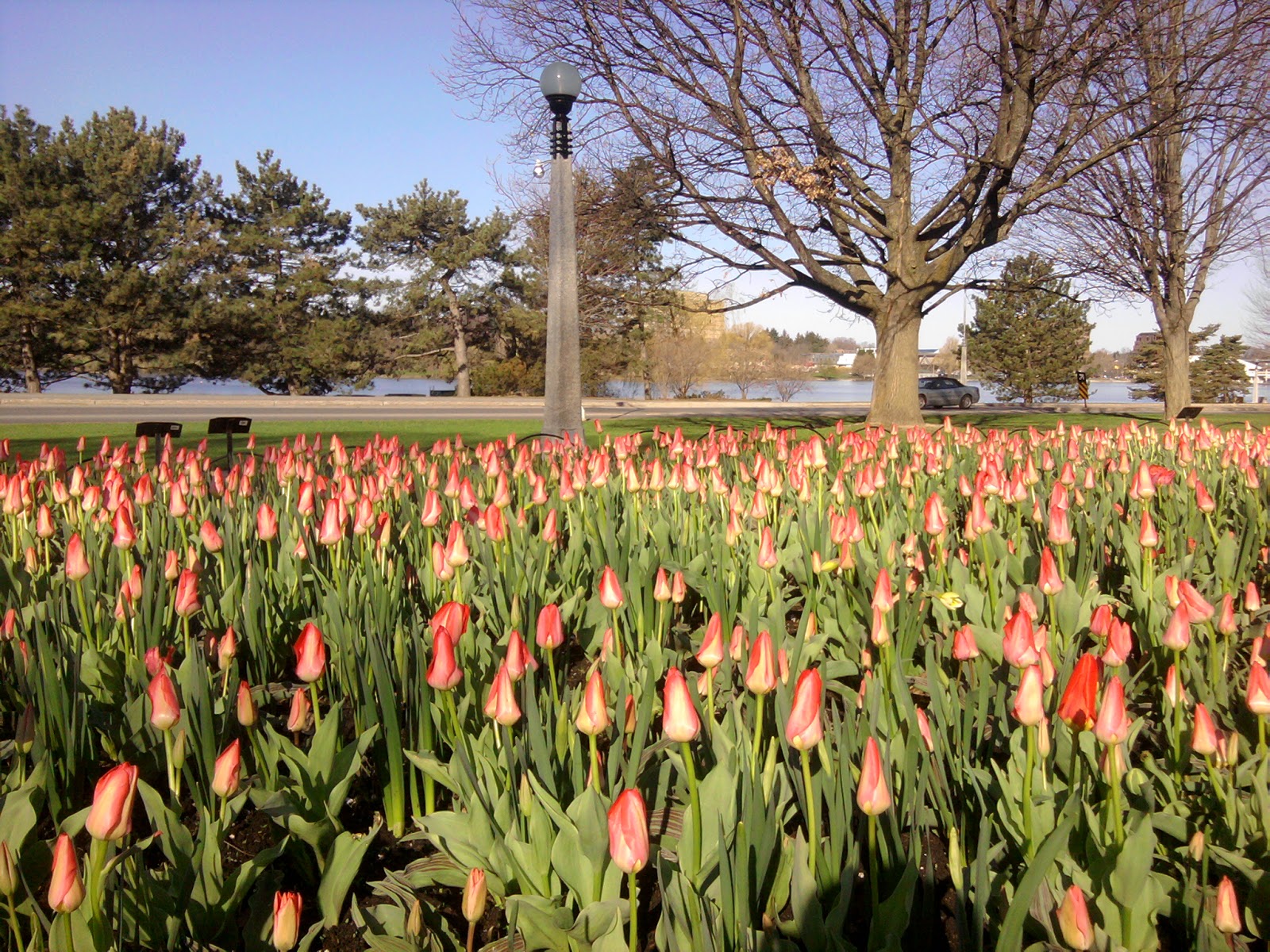 Aside from the tulips here, daffodils also grow in a couple of locations in the park. 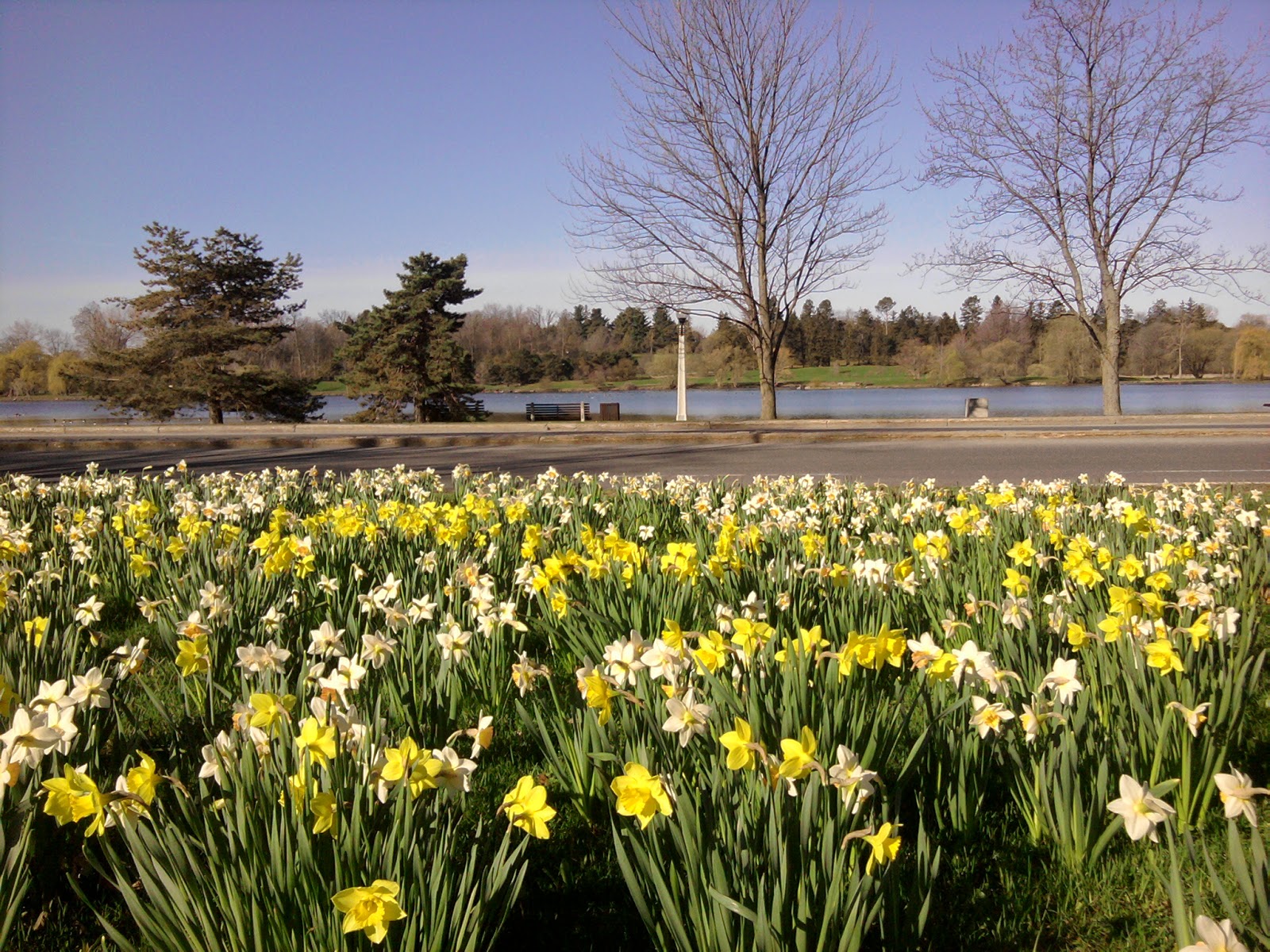 The difference is that they're not in a flowerbed- they spring out of the grass. 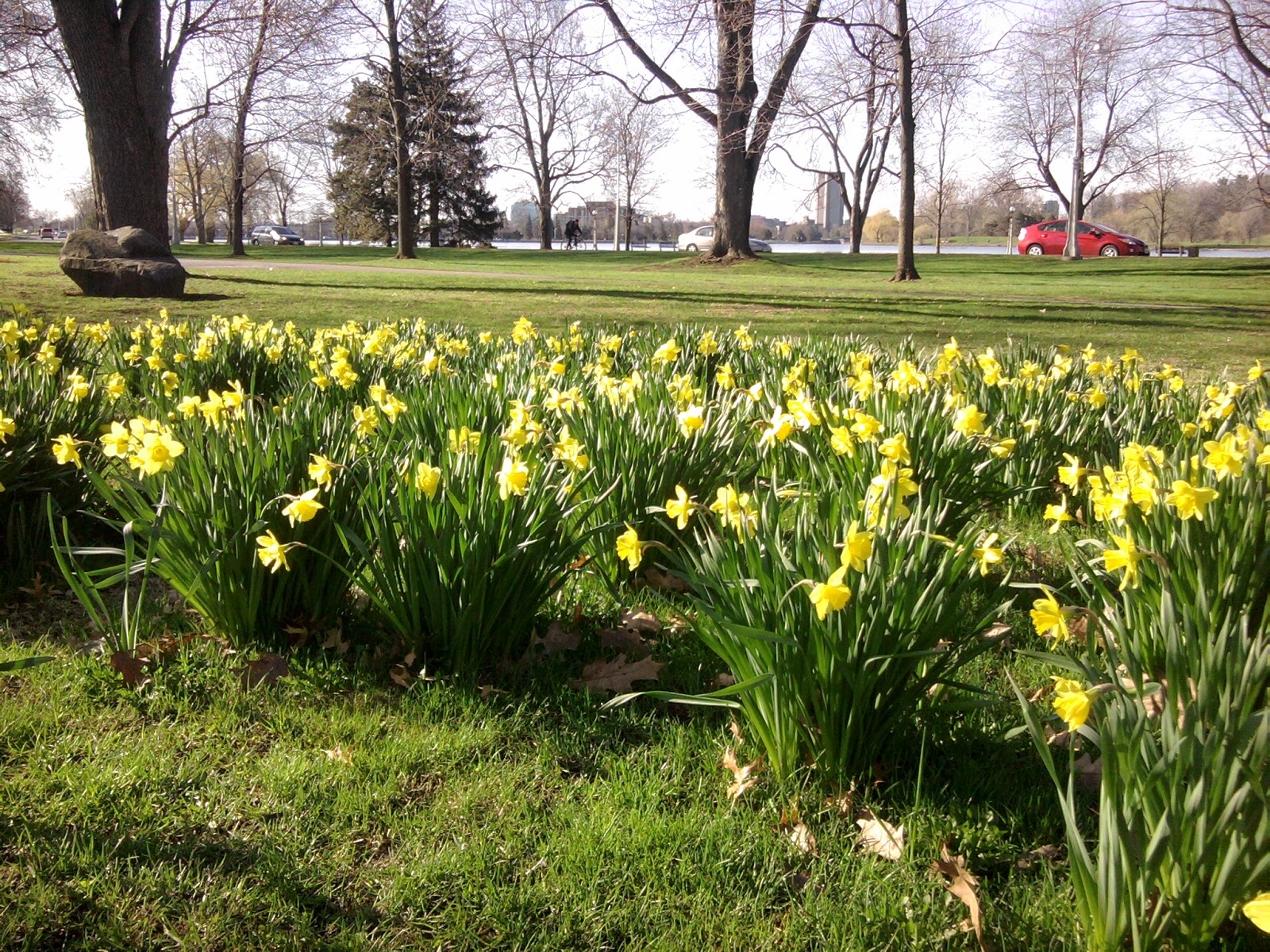 I'll leave off today with the first of these panels, which form a semi-circle elsewhere in the park. They tell the story of the festival and the connections between Canada and the Netherlands that rose out of the War. Just click on it for a larger version, and the text should be readable. 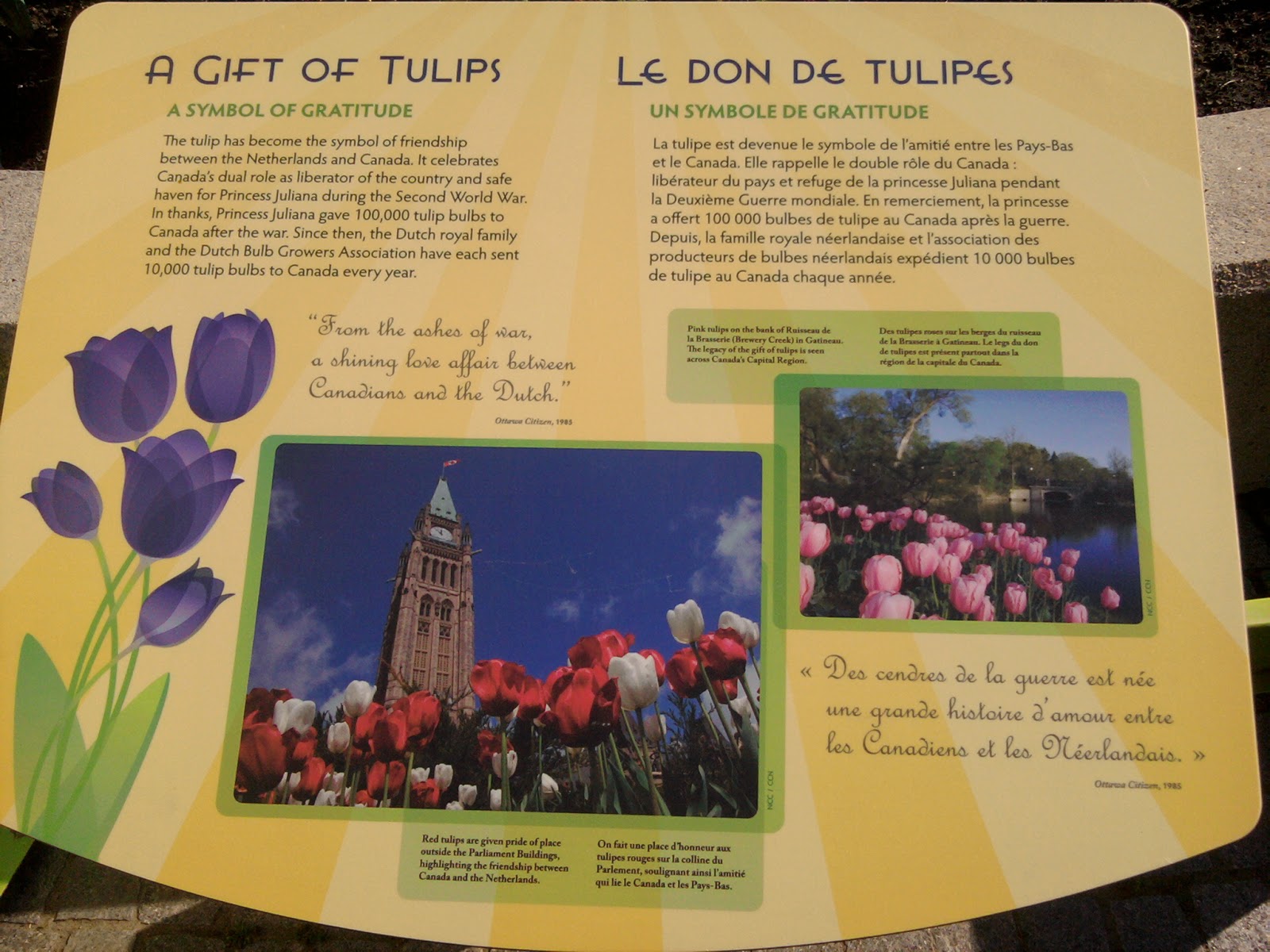