May 29th is the International Day Of United Nations Peacekeepers. I thought I would take today to show you another monument here in Ottawa. This one is dedicated to peacekeeping. 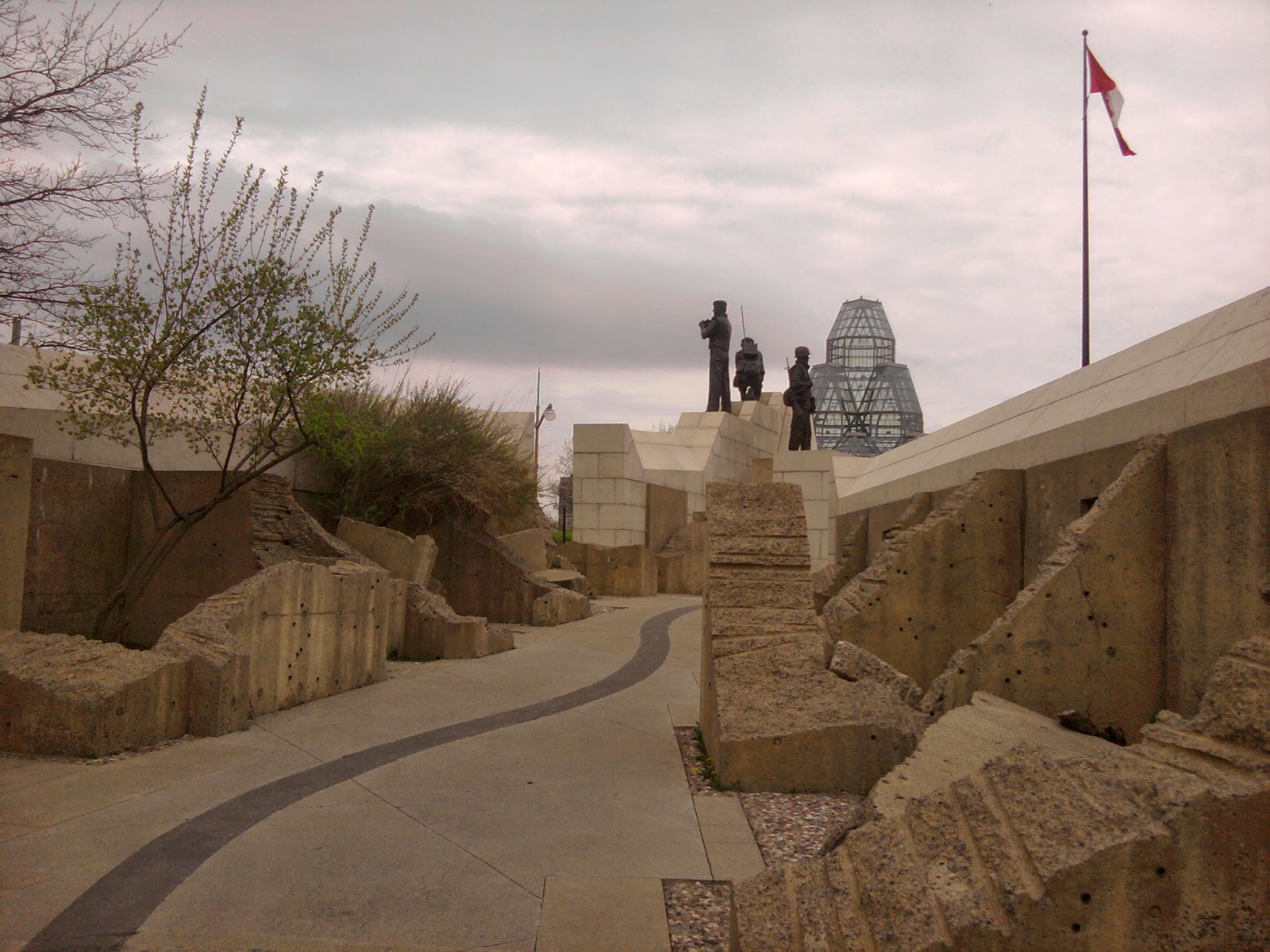 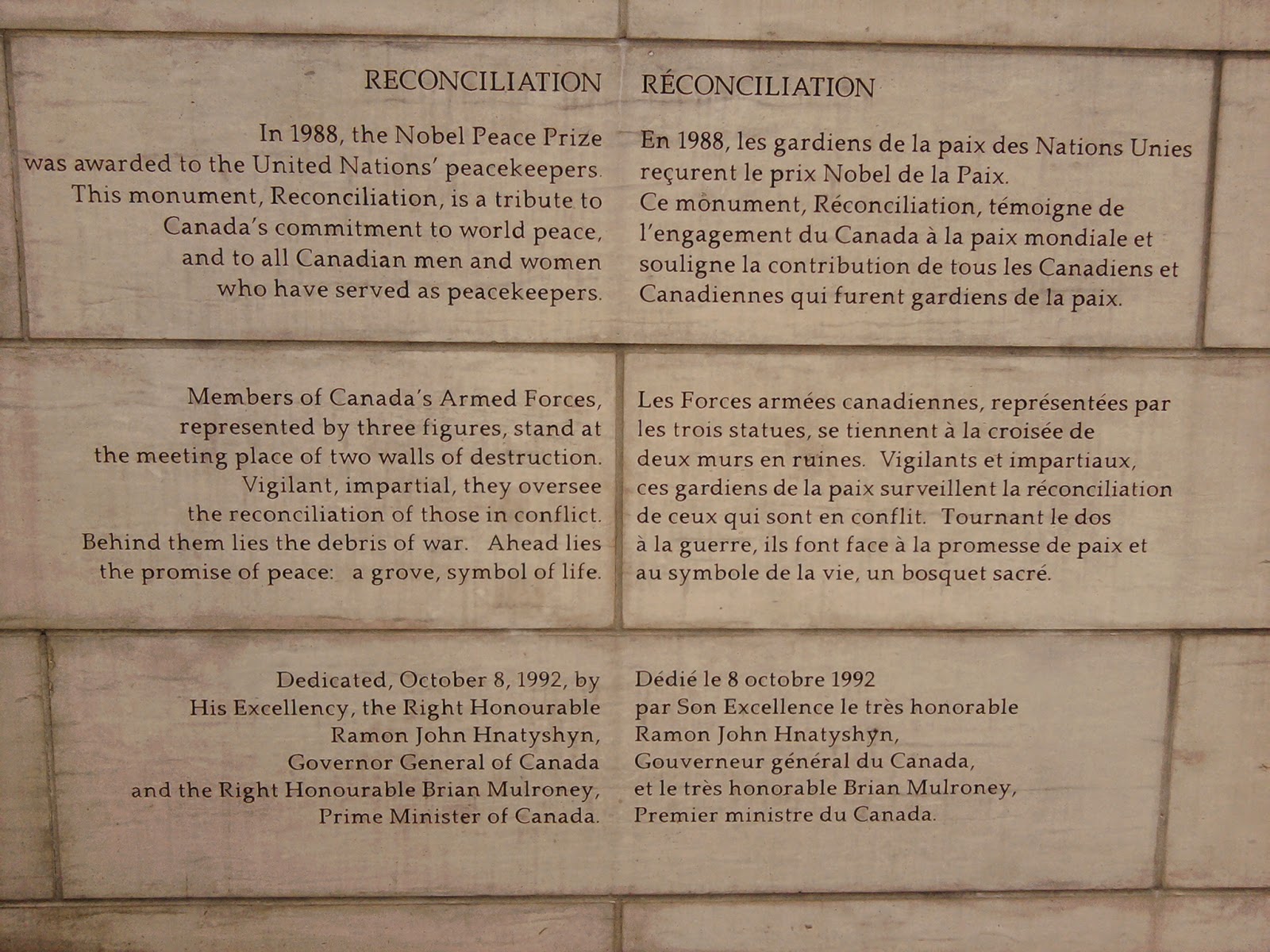 UN and international missions- both current and past operations- that have involved Canadian soldiers as peacekeepers are inscribed on one of the walls. This inscription features UNDOF, the body of troops overseeing the border between Israel and Syria. 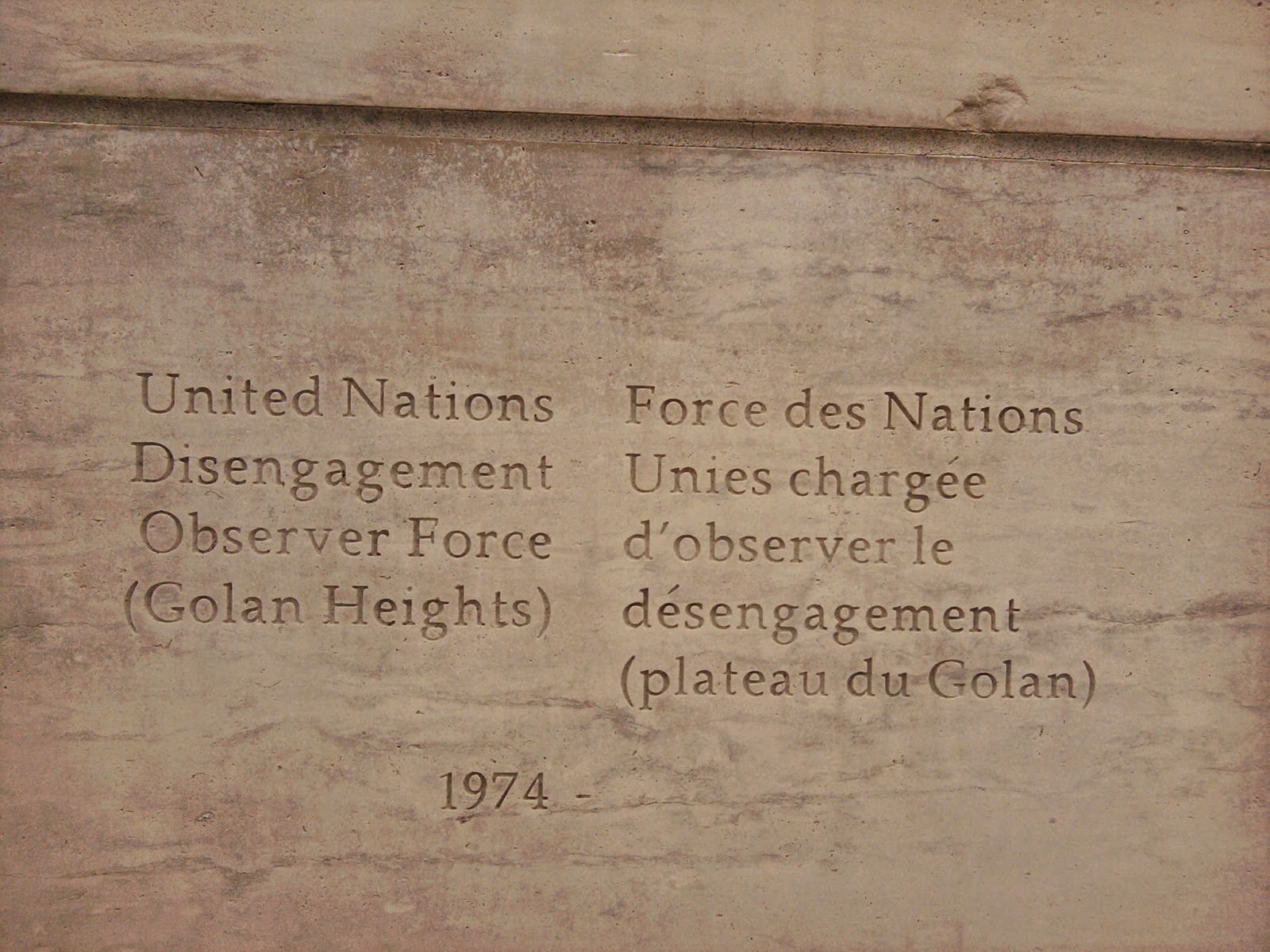 The monument is nestled across from the National Gallery (you can see the glass tower in the first shot) and Major's Hill Park. It also offers views of Parliament Hill; the Peace Tower can be seen from this angle. 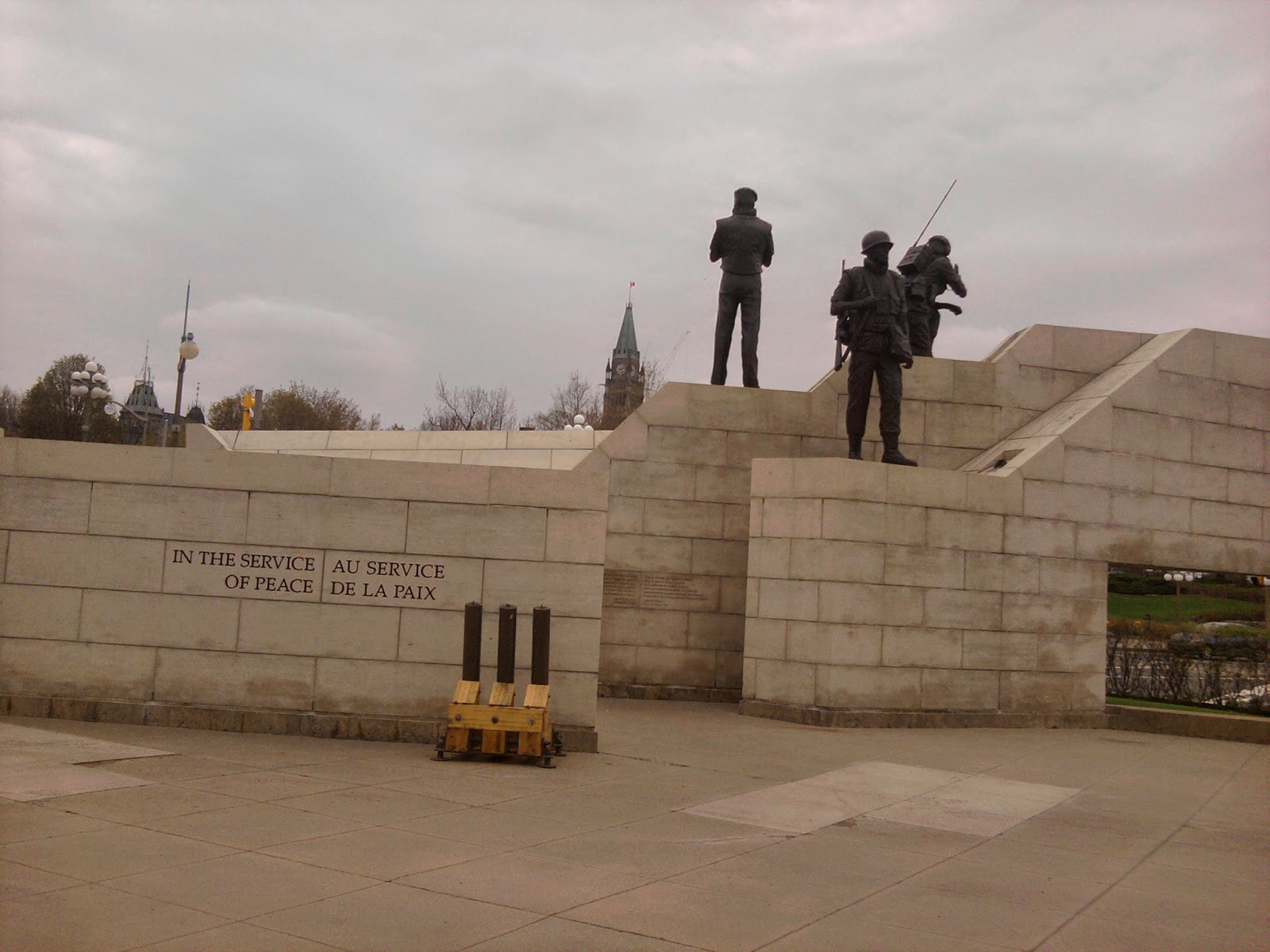 Taken from the other side, one of the spires of Notre Dame rises up. 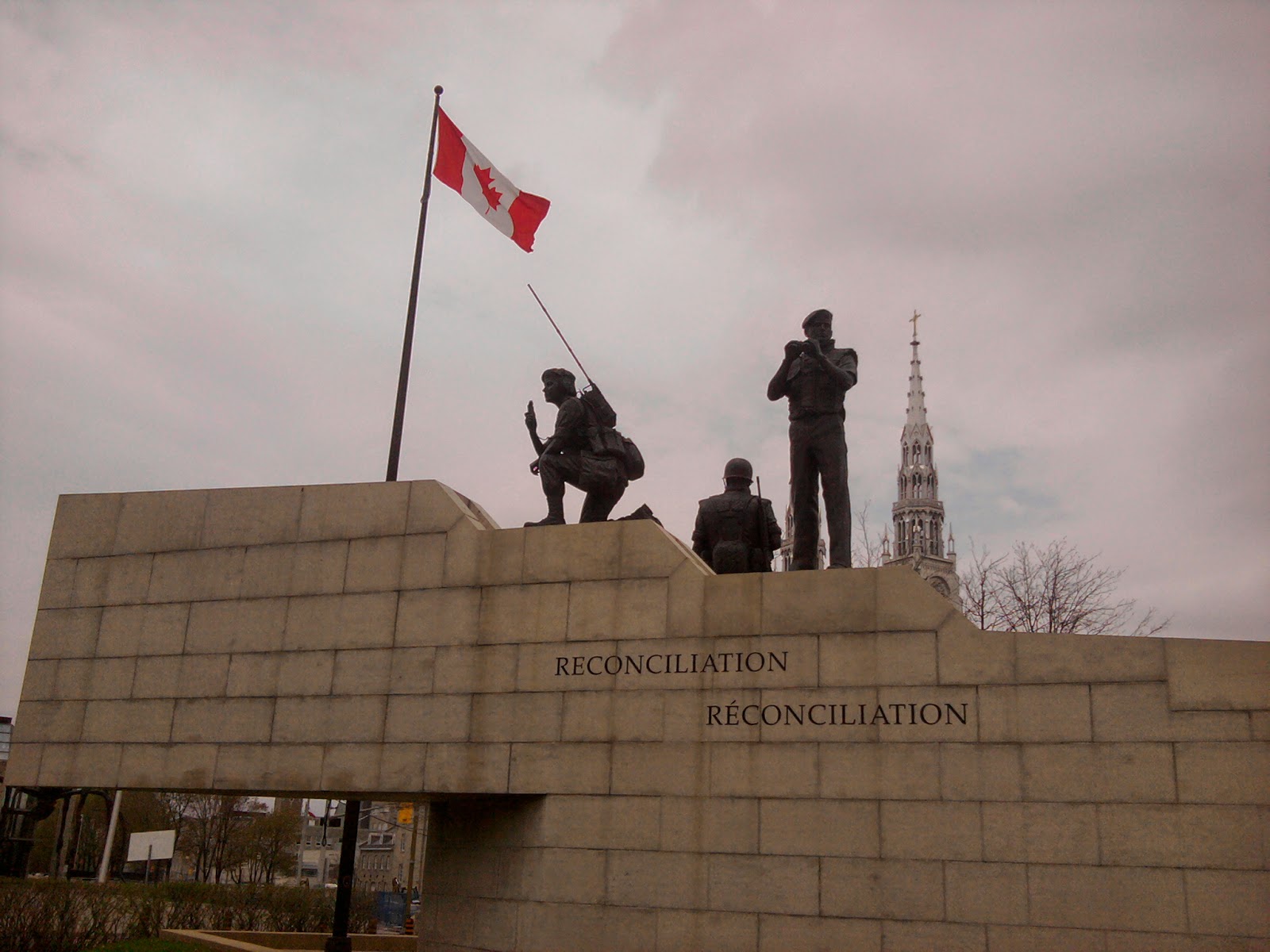 From this perspective, the American embassy is in the background. For another look at the embassy from here, check this post at Merry@Syracuse. Merry took a trip up here earlier in the month, and has several shots from Ottawa and Gatineau that can be found in the sidebar links. 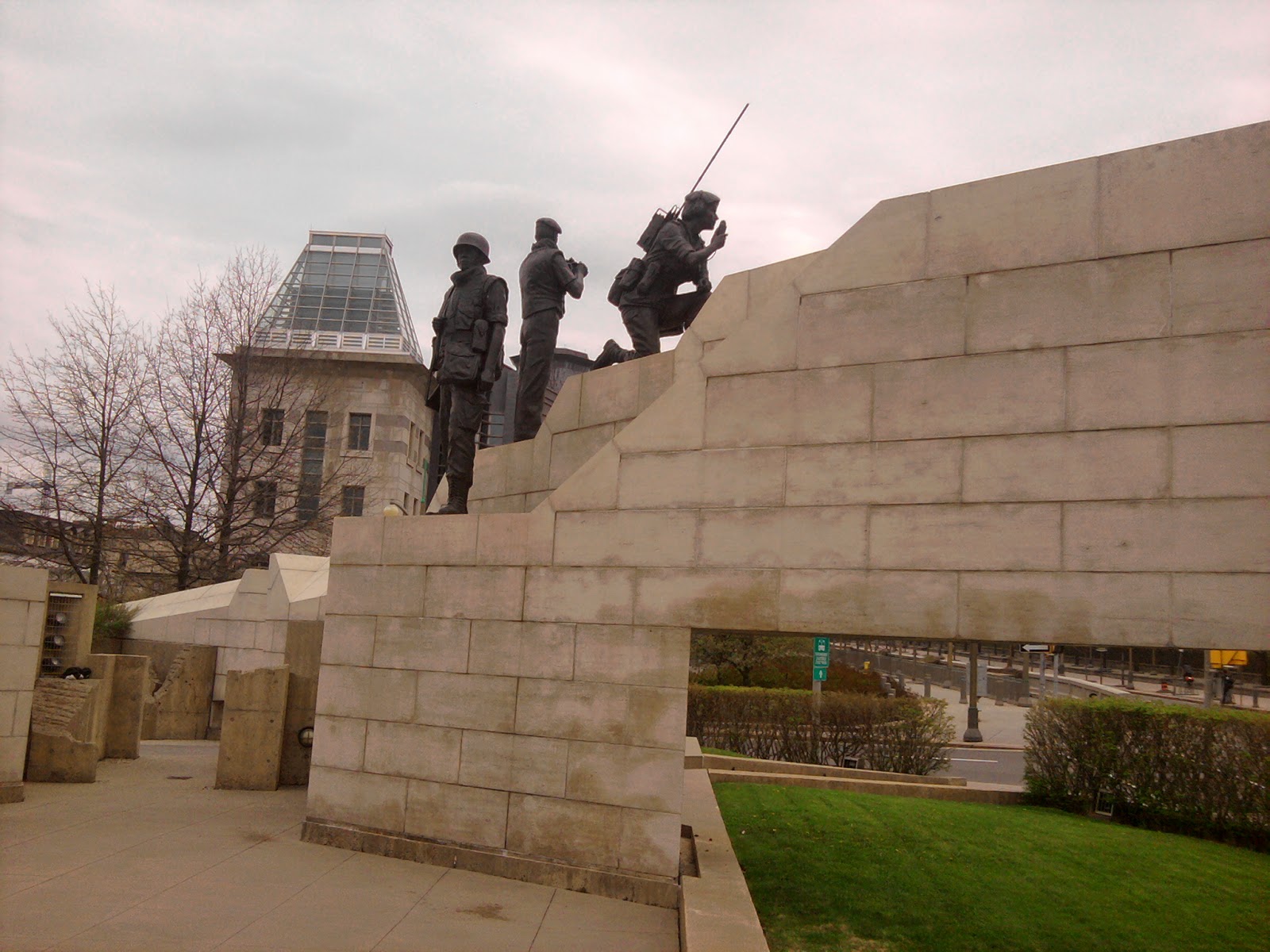 Canadian forces have a long history with peacekeeping operations, though the current federal government seems to have a profound loathing for the concept in particular and diplomacy in general. 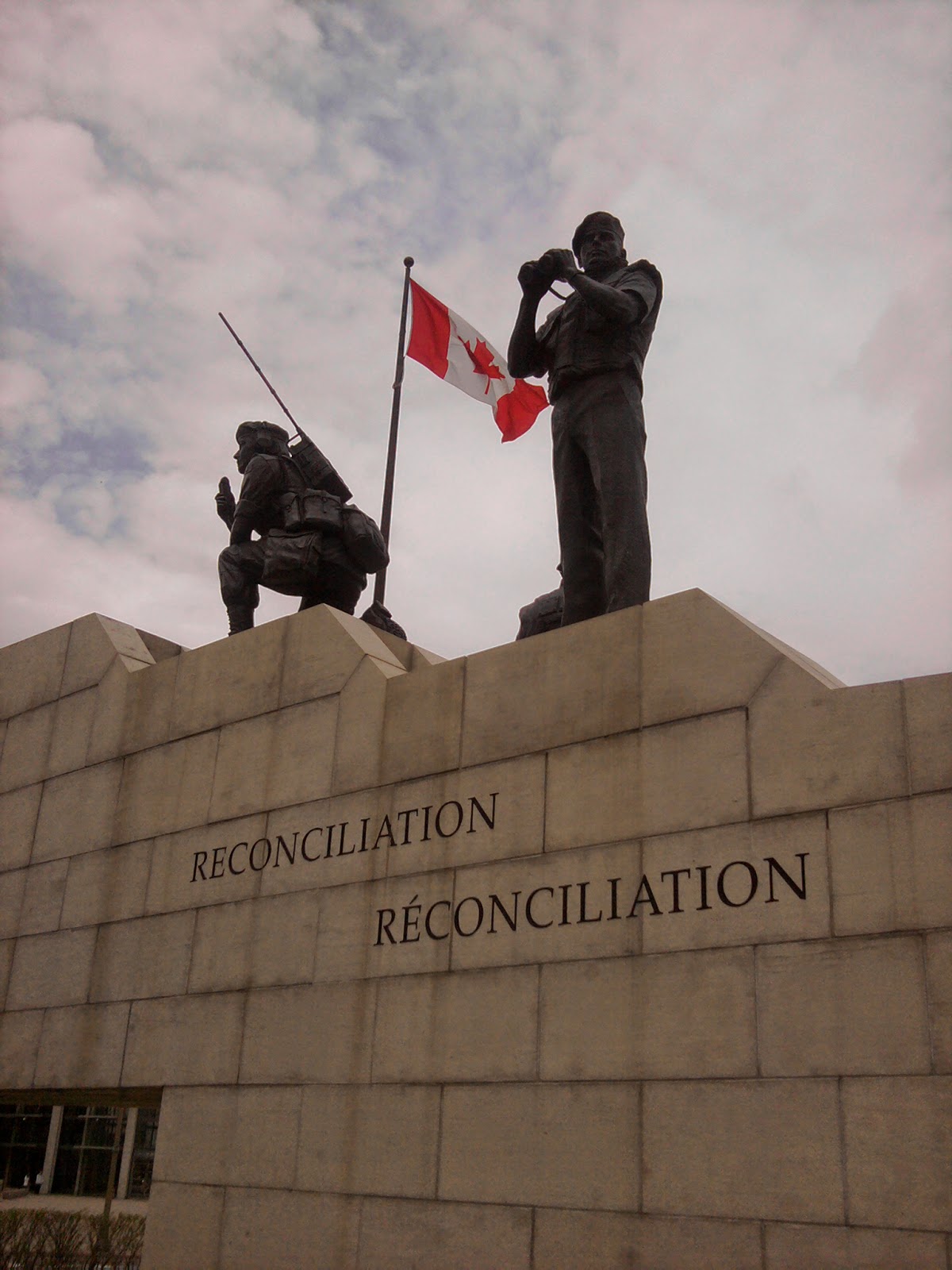