I Have A Couple Of Jokers In The Deck

Free Comic Book Day was held in comic shops here in North America on Saturday, with multiple companies putting out freebies at shops. It also brought out people in costume. I went to two shops downtown. These were taken in The Comic Book Shoppe, and the place was busy. I had to take shots as opportunity allowed and people milled about.

We had two Jokers. "Why so serious?" 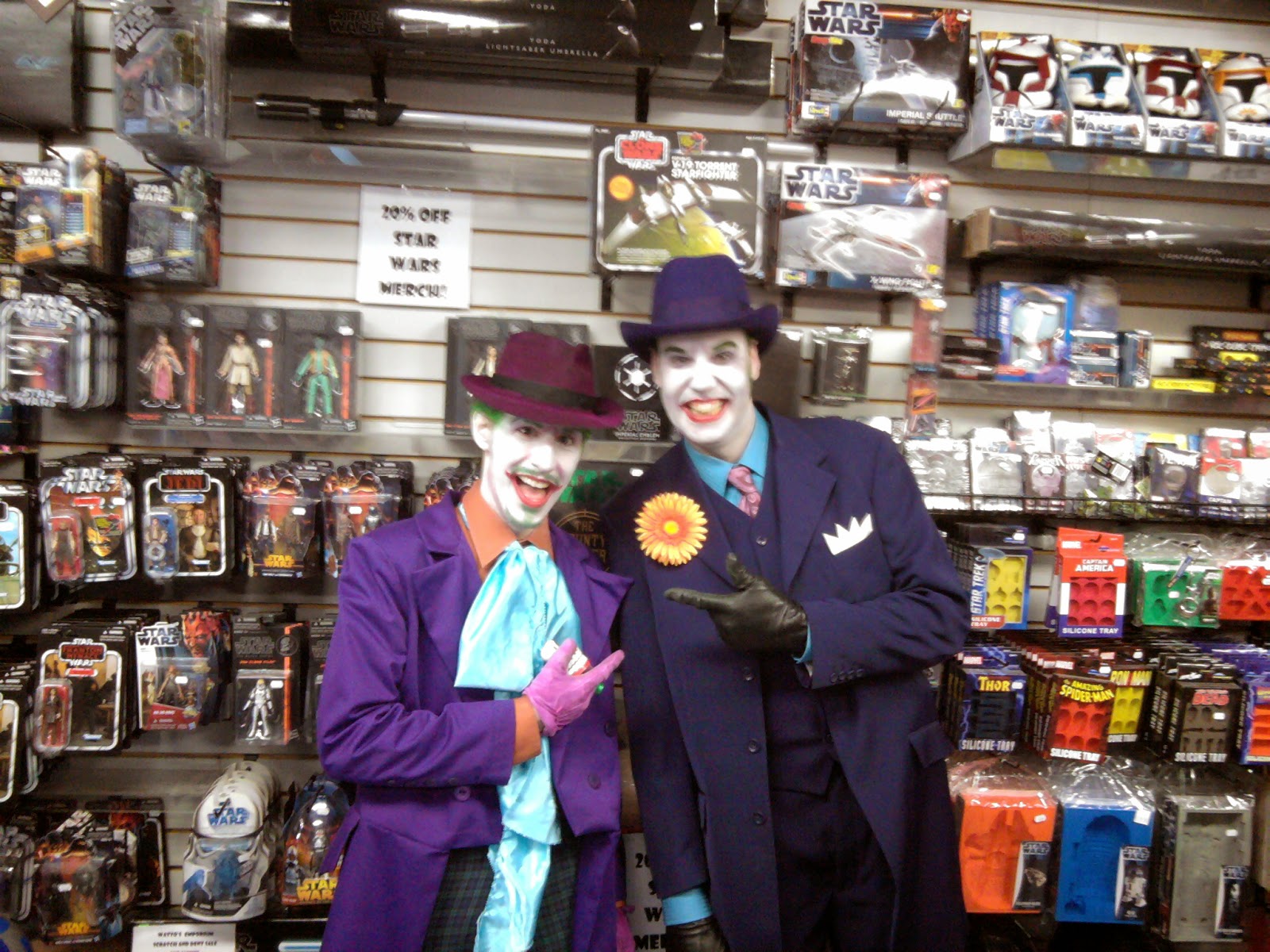 An unlikely pair, given that they're in different comic universes, and he's a hero, whilst she's not, this pair posed as Captain America and Harley Quinn. 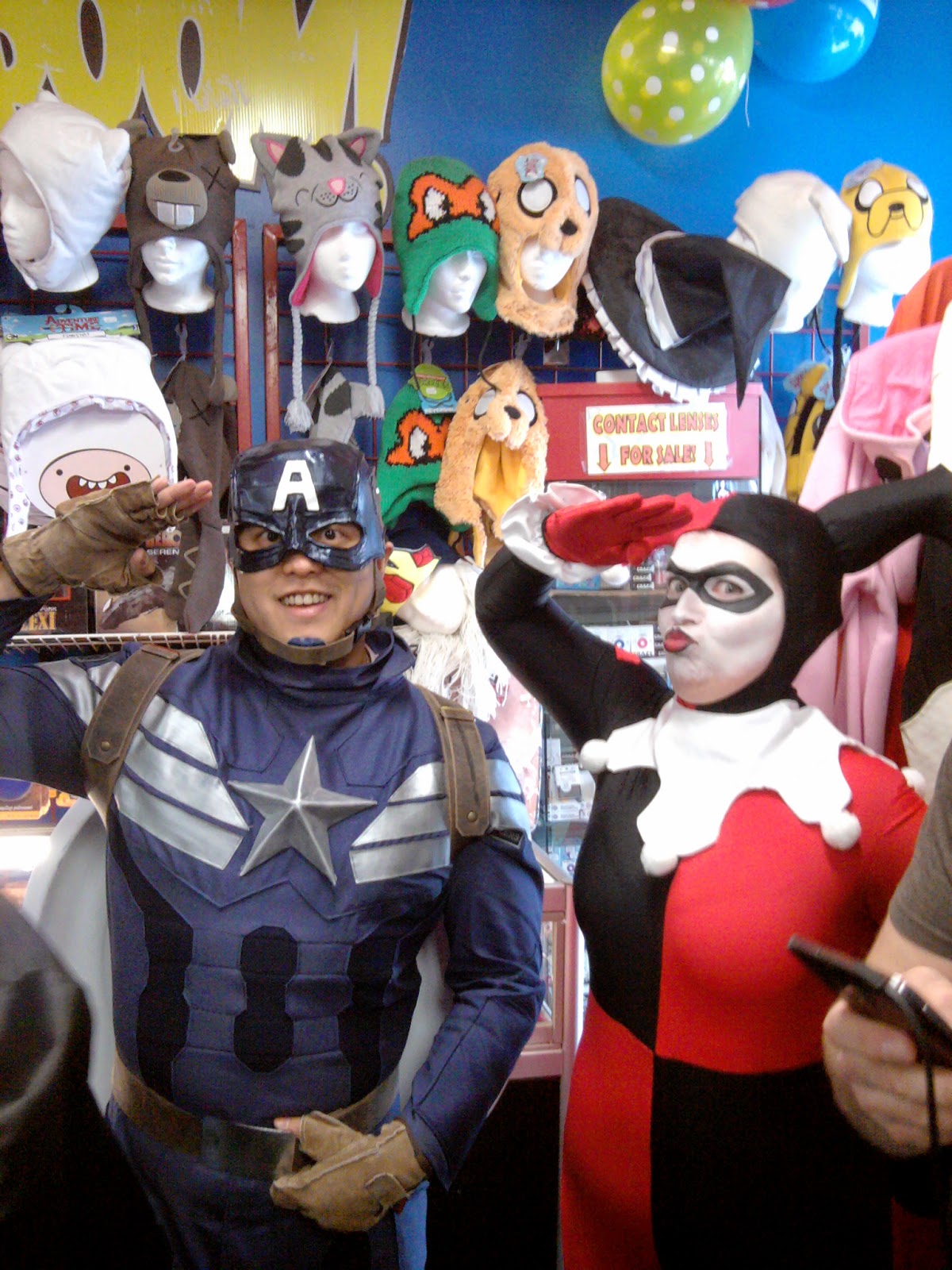 There was even a Wolverine in the mix (admittedly I tend to think of the comics character as the Drunken Hobbit), and he was getting the attitude (and the sideburns) just right. 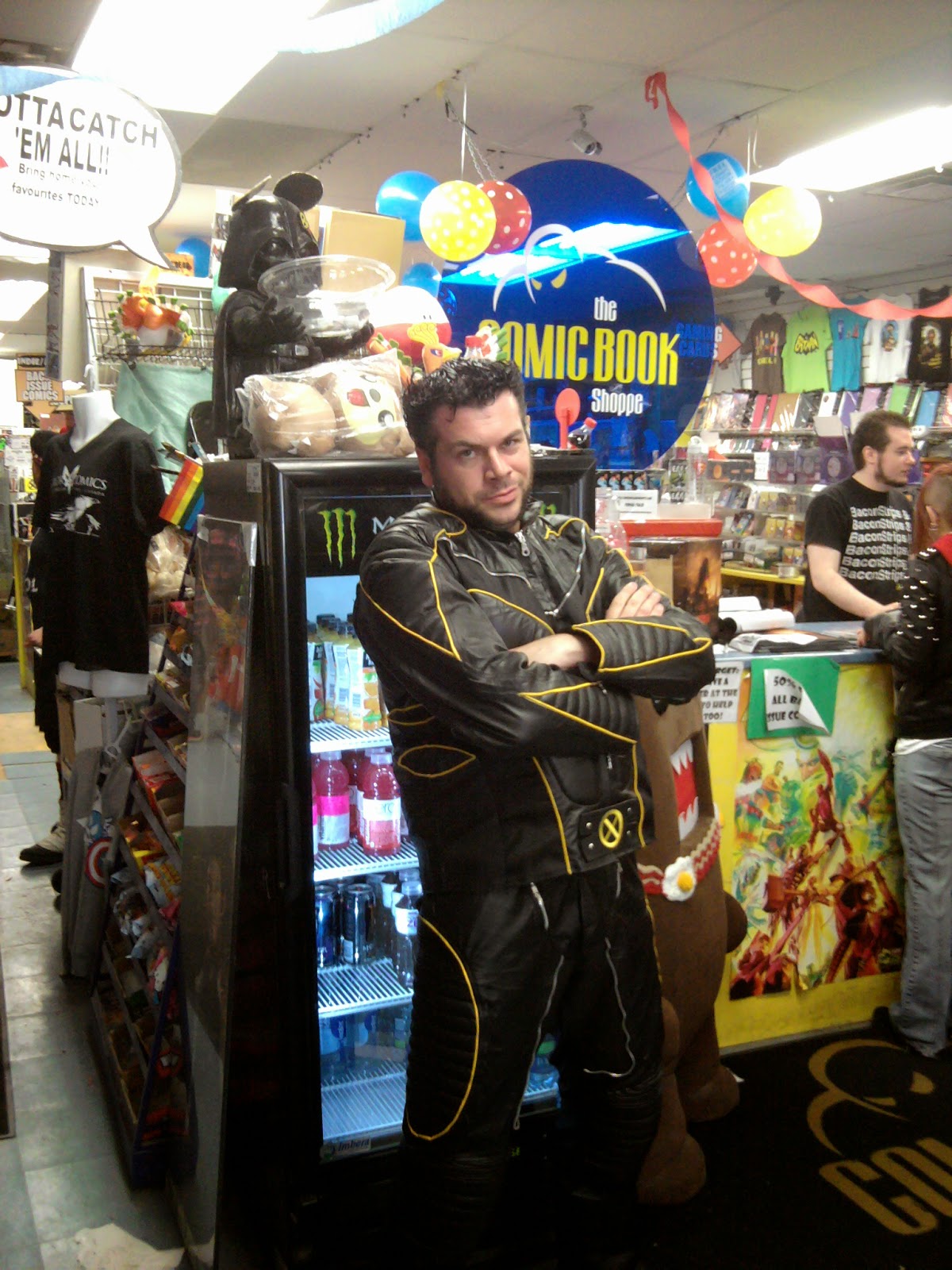 And we finish off with Rogue of the X-Men, otherwise known as Our Lady Of The Blessed White Hair Streak. 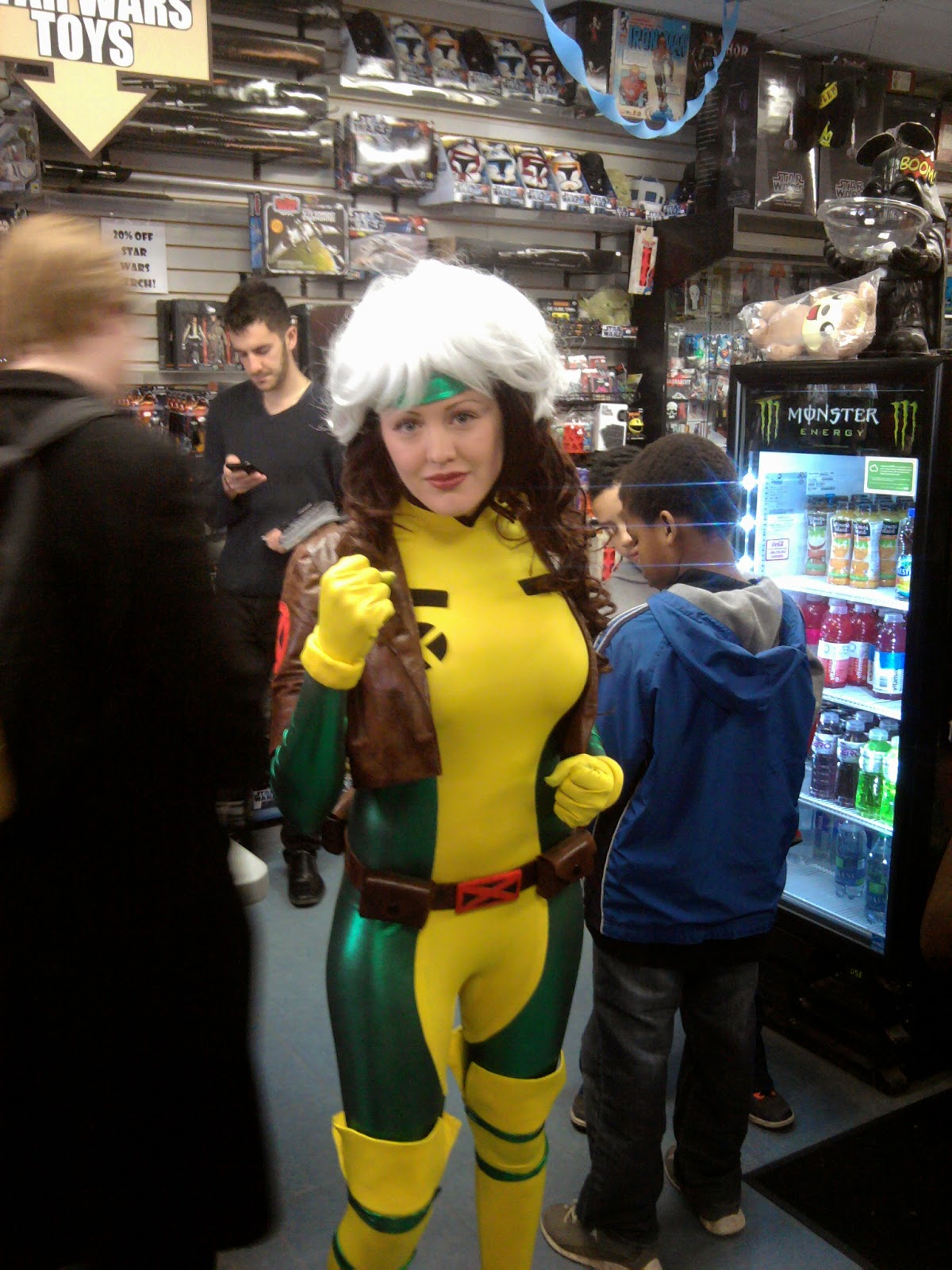