The Hardy Arcade is a building downtown between Sparks and Queen Streets. It dates back to the 1930s, and has been extensively remodeled in the decades since. These days offices, a gym, and a restaurant can be found in here. I like both entrances, starting here at Sparks Street. 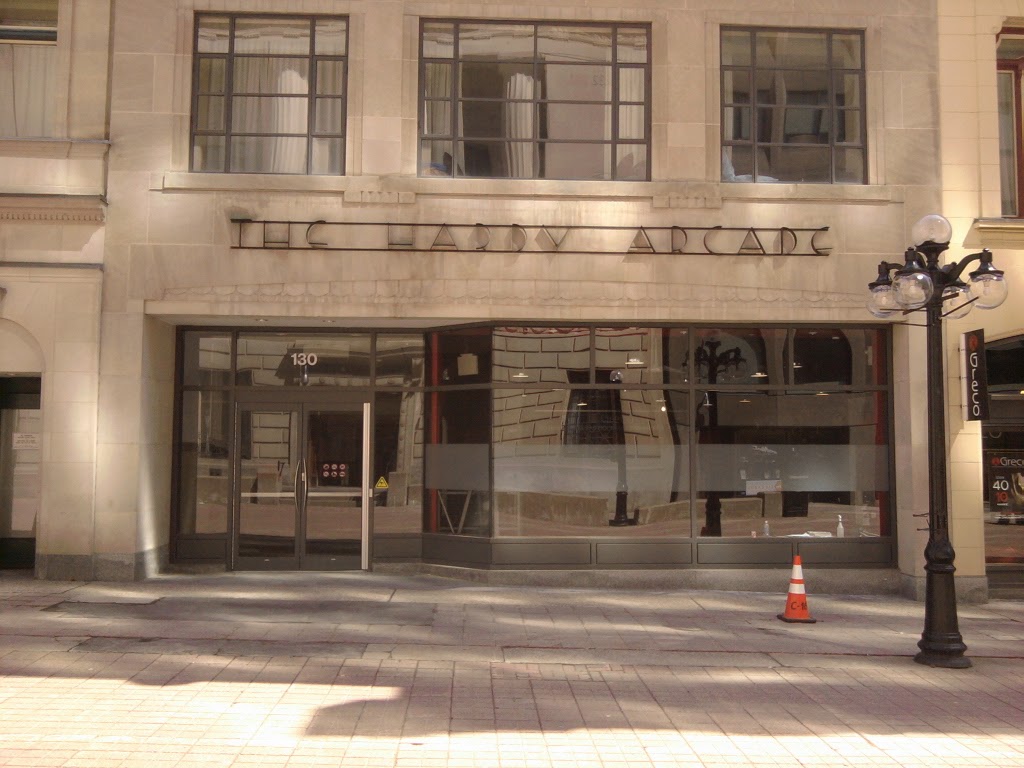 The passage down to Queen goes down a ramp, reflecting the fact that you're coming away from Parliament Hill. 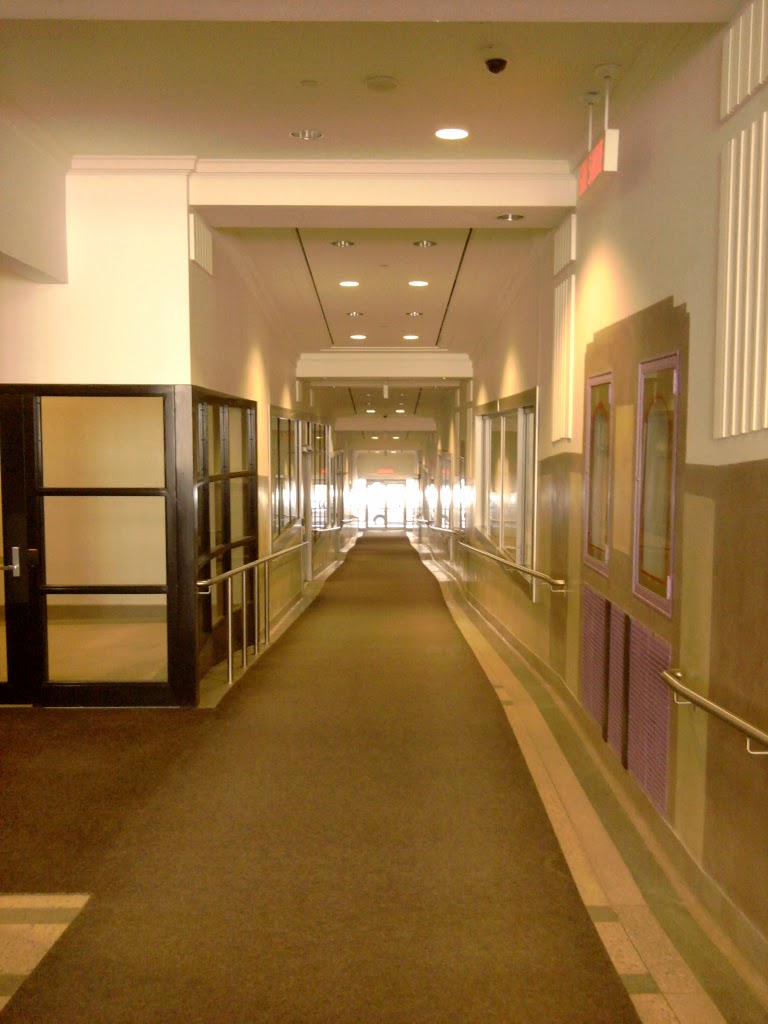 The photographer Yousuf Karsh had his studios here in the Arcade for some time before moving operations over to the Chateau Laurier. A display has been set aside in the corridor with several of his works, including a self portrait at the left. His brother Malak's legacy features prominently in our Tulip Festival. 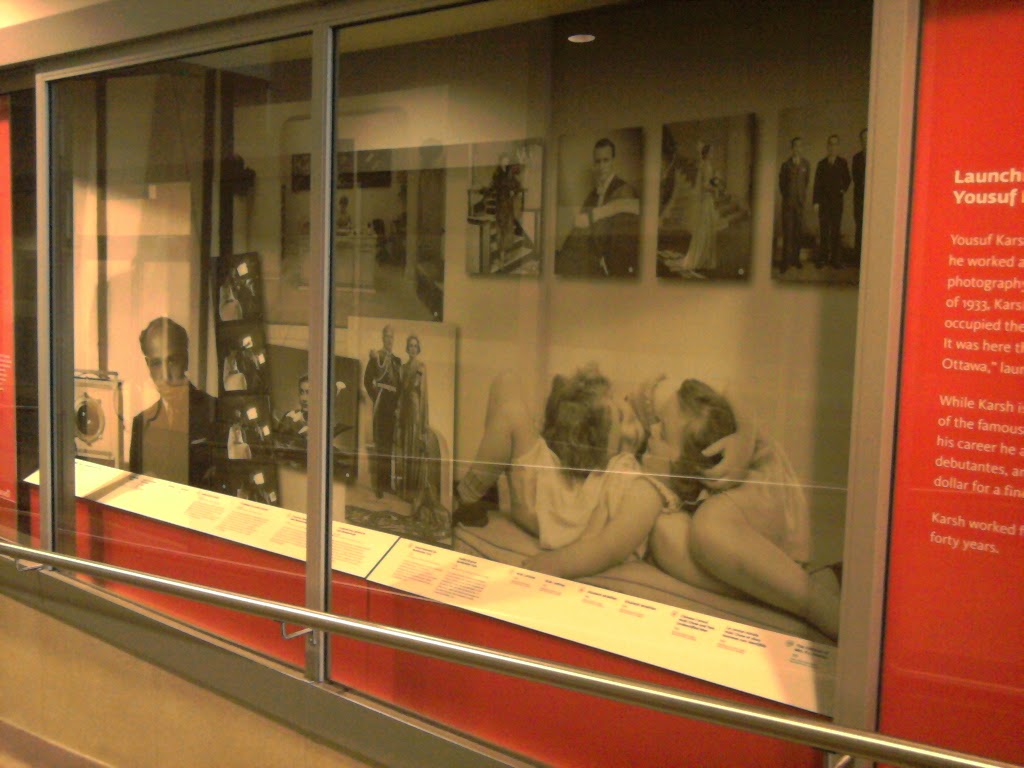 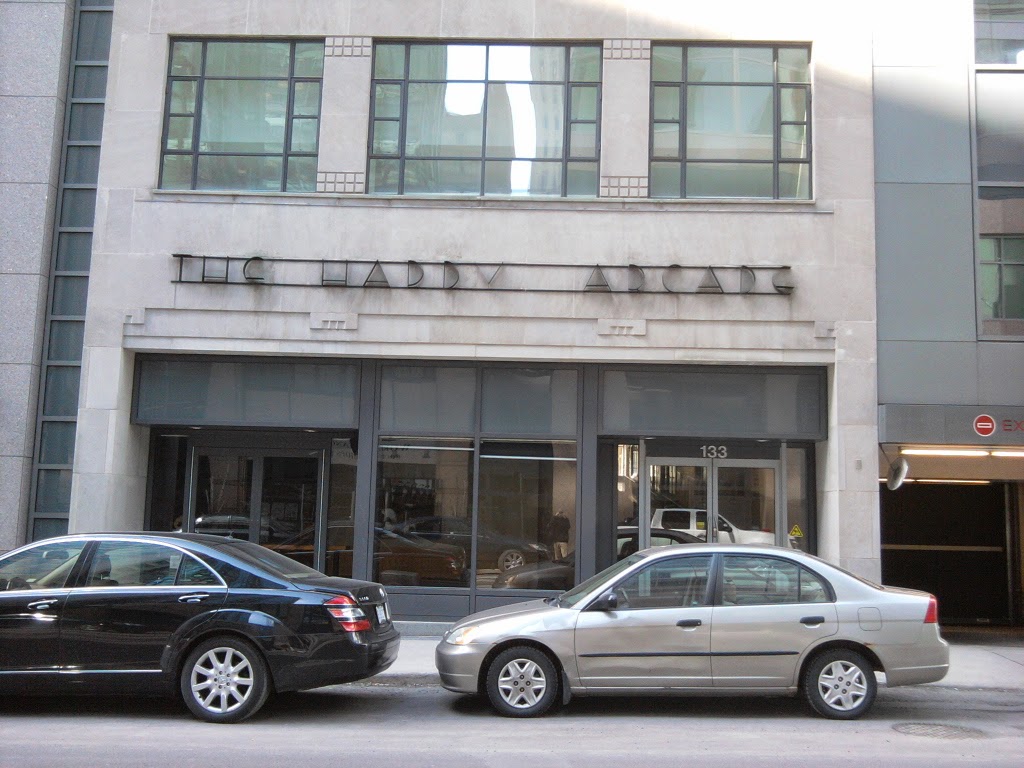