Returning Again To The Abomination

It has been awhile since I last showed you where things stood at what was once Lansdowne Park. I use the word was because building residences, retail, and office space on what is supposed to be a public park seems to be steadily wiping out everything that made the place unique. I'm not a fan of the city just gleefully giving such a space over to a pack of developers to play with and benefit from for decades to come. 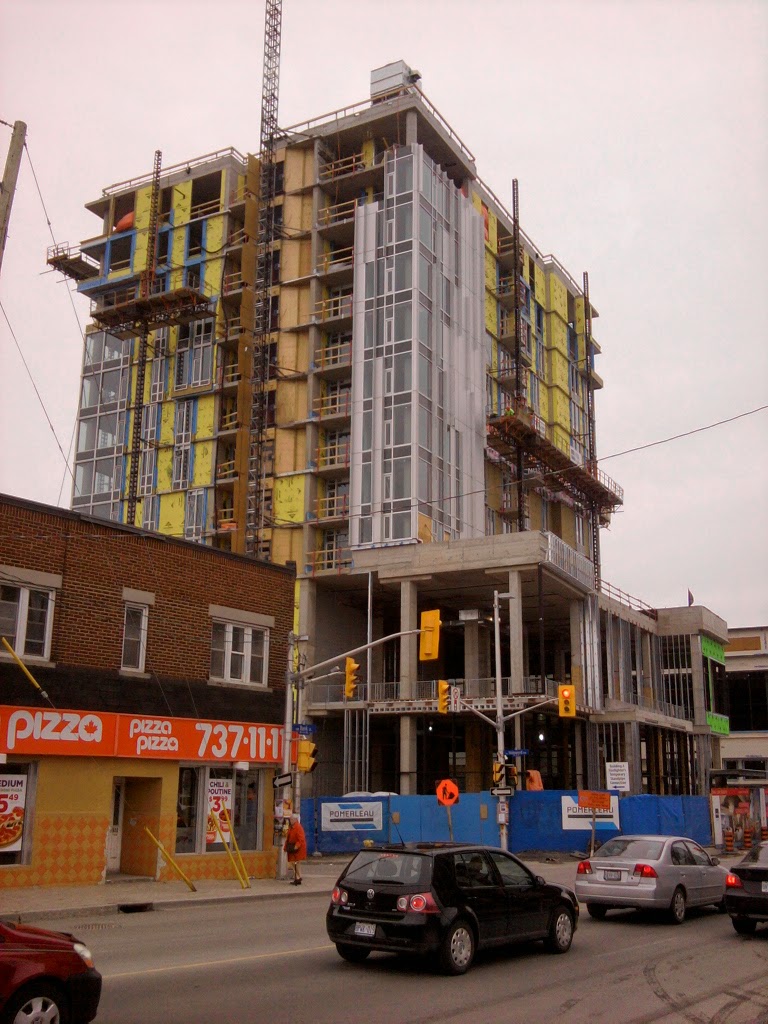 Construction continues on all aspects of the project. The claims from OSEG, the consortium behind this whole thing, that the retail side of things would involve unique shopping experiences and new to Ottawa vendors, rings hollow when the list of impending retail outlets include names you can bloody well find anywhere (have I mentioned this project just pisses me off?). 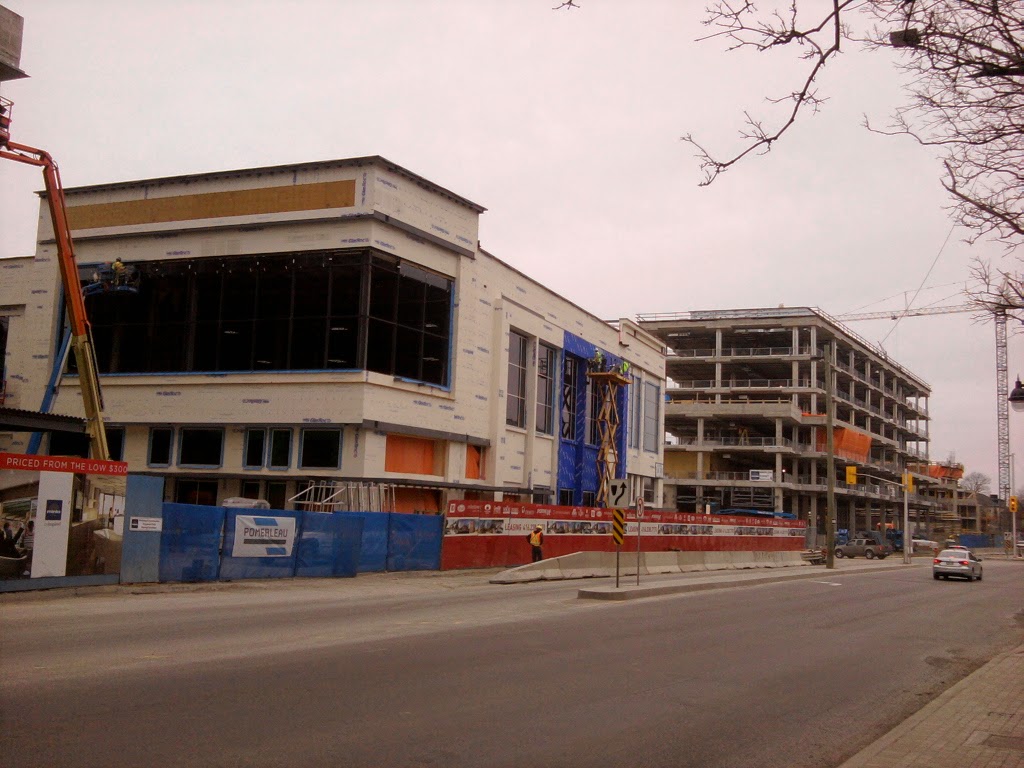 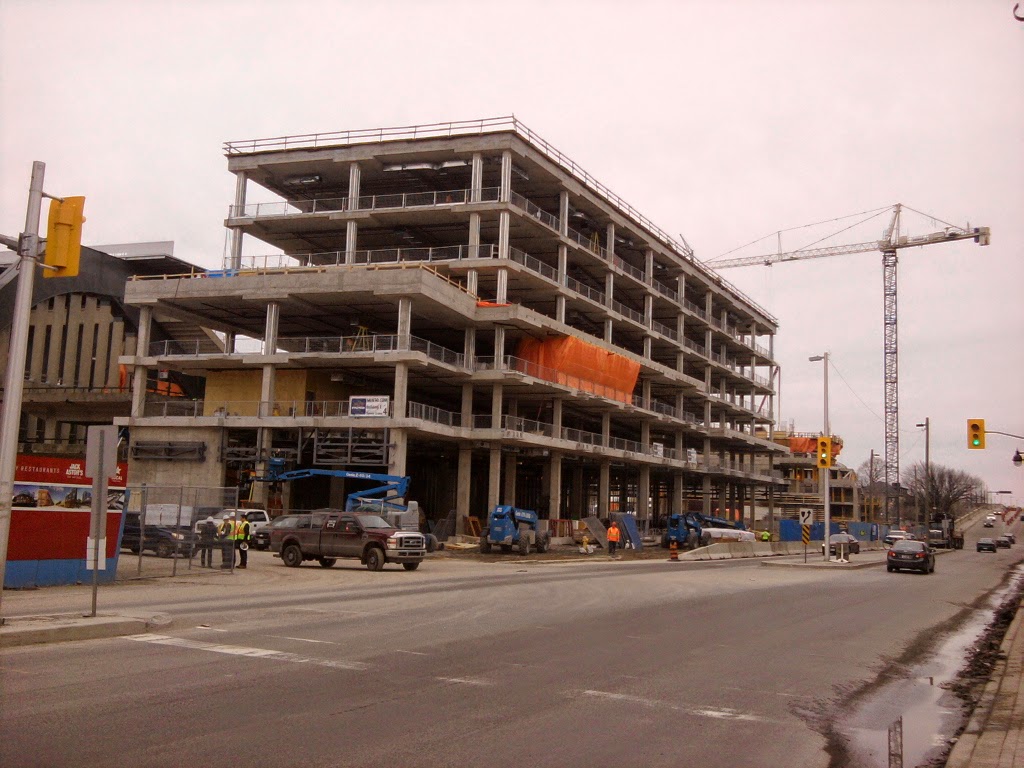 Even the solemn promises by OSEG that Aberdeen Pavilion, the crown jewel of the park, would have its sightlines preserved, means nothing. The pavilion, there in the background, is quickly getting overwhelmed from the viewer at Bank Street by the encroaching retail and the stadium. 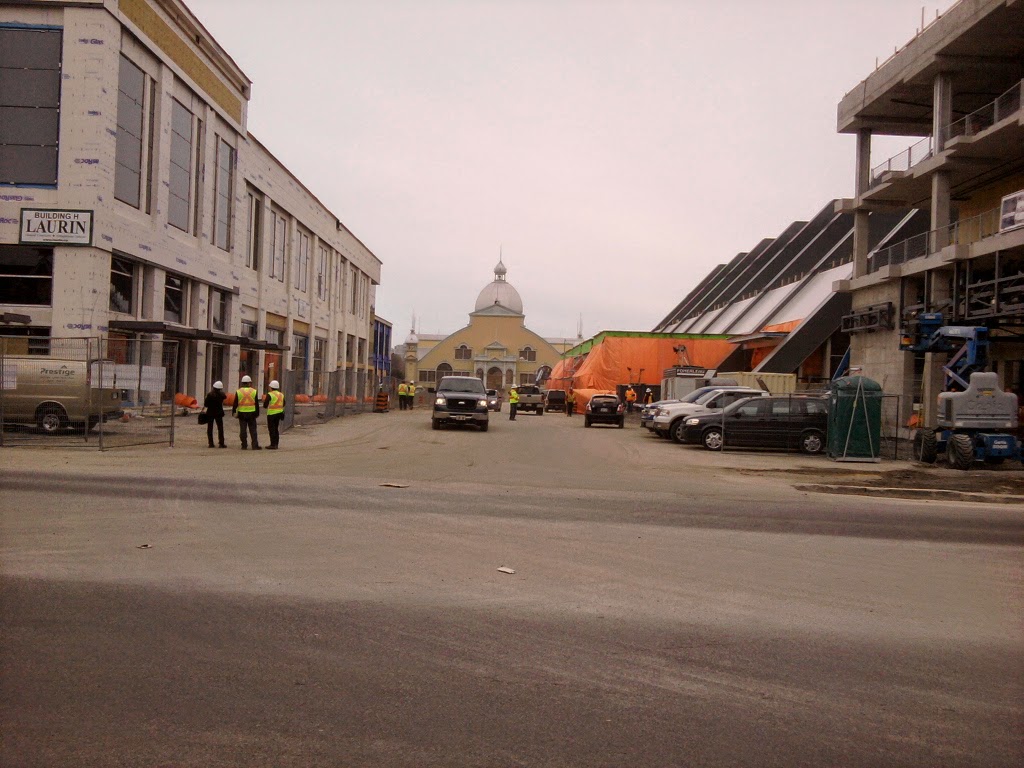 The stadium's coming along. This summer the CFL football team will be back playing here again at the refurbished stadium. Have I mentioned I dislike football? Well, I do. Particularly when the wankers who are behind OSEG think that the Ottawa Redblacks is a splendid name.

On the off chance that these words might come to the attention of the jackals who run OSEG: middle finger extended right at you, boys. Do the world a favour. Hold your breath. For an hour, you bloody prats. 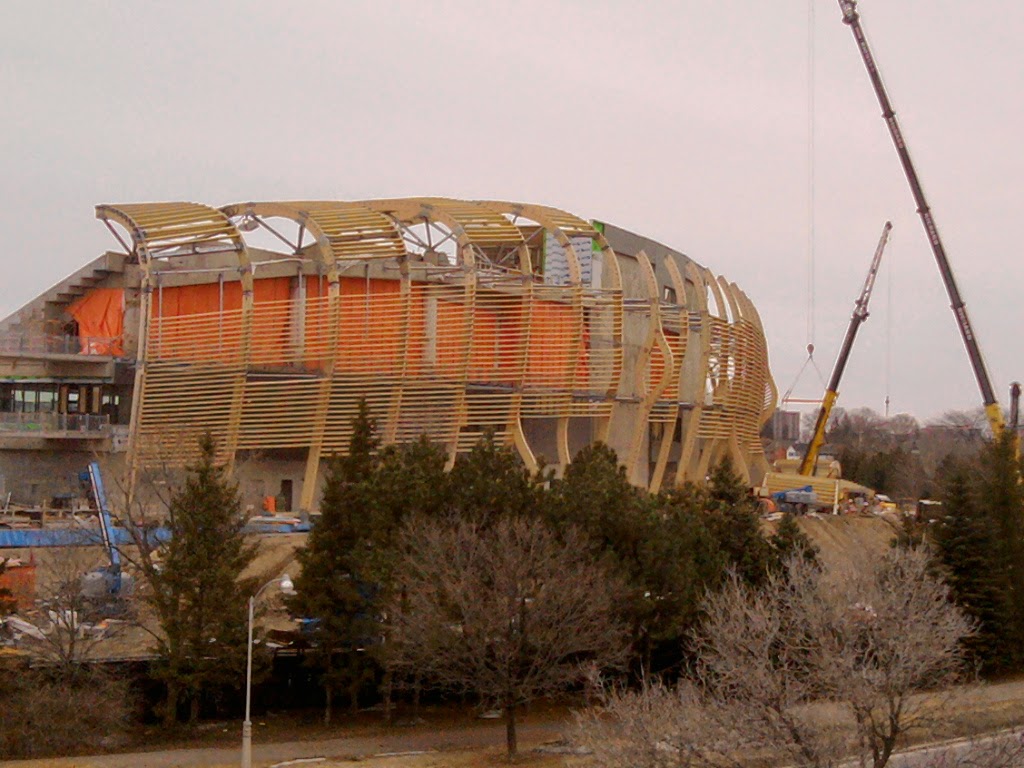