I continued on with my walk. Fall colours were showing in the trees beneath Parliament Hill. I had not been down on this path in a couple of years. During the height of the spring flooding in 2017 and 2019, the path had been closed. Had I been here, the water would have been lapping at my ankles. 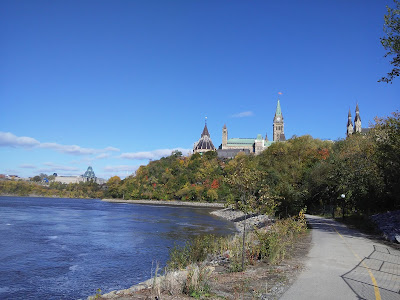 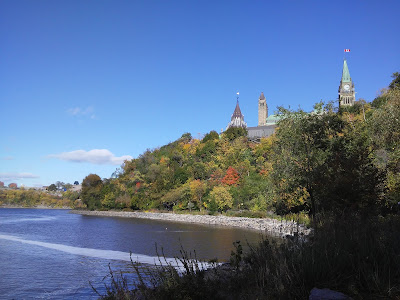 This is the start of a staircase that ascends the Hill here. I didn't go up this time, but have done so before. I had assumed, with ongoing work at the top of the Hill, that the staircase wasn't open at present, but that's not the case, as during a second trip along this path a few days later I saw people on the stairs. 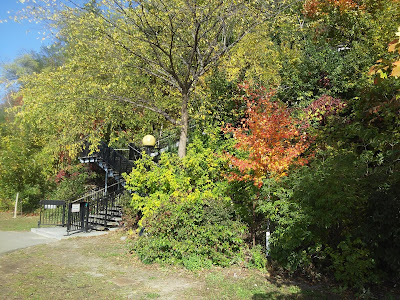 Coming around a bend gives a view of Nepean Point and the National Gallery. 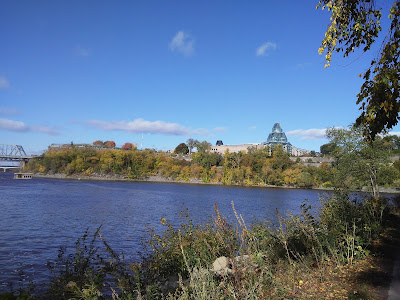 As the path comes to the meeting point of the river and the Rideau Canal, a look up towards Major's Hill Park is here. 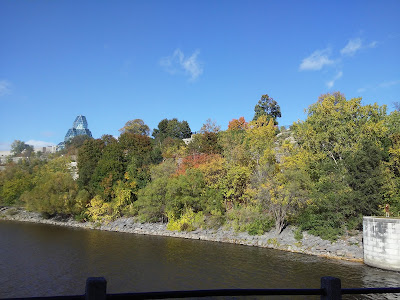 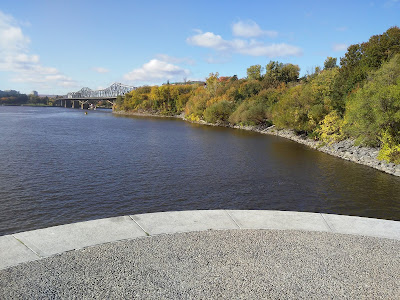 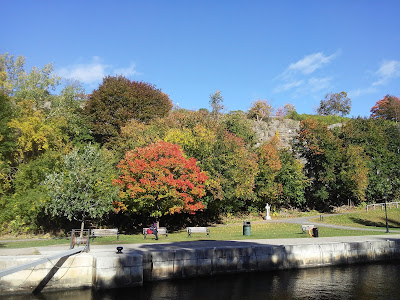 A statue of Colonel John By stands above in the park, seen just between the trees at centre, overlooking his Canal. 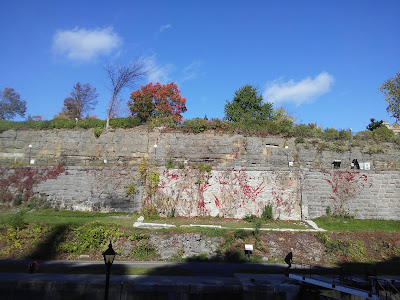 One last shot from this walk along the river, with the trees turning red on the east slope of Parliament Hill. The Bytown Museum can be seen off in the background. 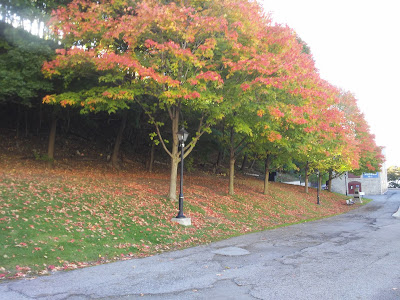 Heading for home, I paused to photograph Dundonald Park in the late afternoon sun. 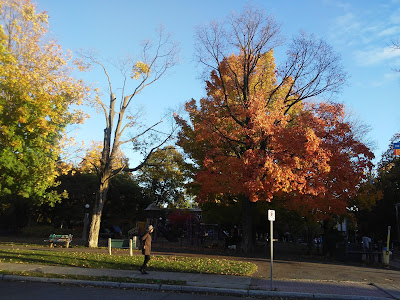 A couple of days later, I took more views of Dundonald Park in early morning light. 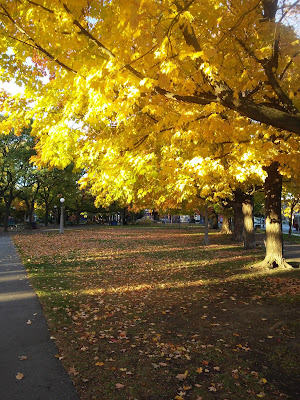 A squirrel was busy, and looked at me as if inquiring if I had any peanuts on me. 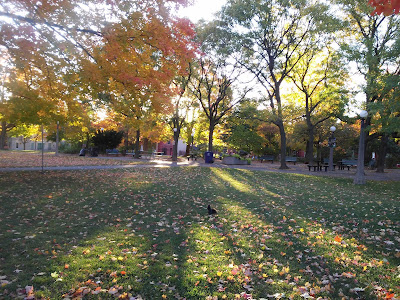 As I didn't, the squirrel went back to work. 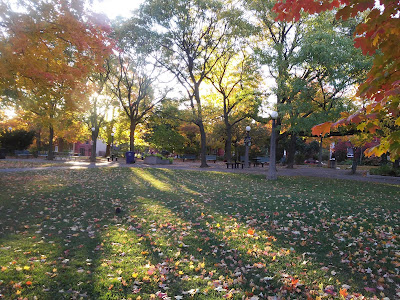