The Hartland Covered Bridge is found in New Brunswick. 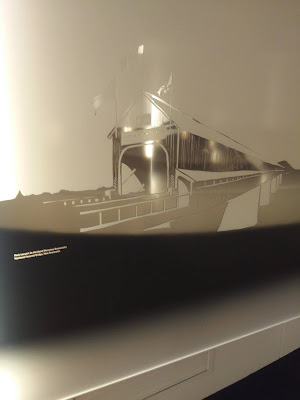 The L'Anse aux Meadows site is featured here, with a reconstruction of the Viking settlement in Newfoundland built alongside the site of the original, proof that Norsemen were in North America centuries before Columbus sailed across the ocean. 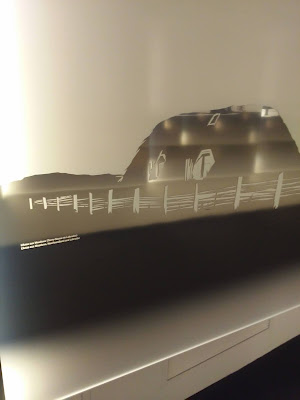 And the last of these is something to be found in many parts of Canada: a First Nations ceremonial dancer. 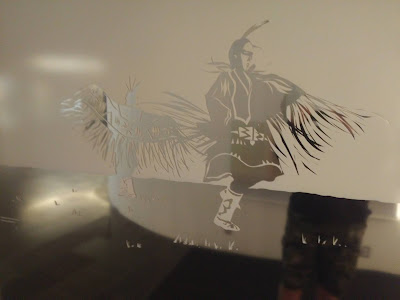 Coming out of the corridor brings us to this plaster cast of Chief Of The Undersea World, by Haida artist Bill Reid, a stylized depiction of the killer whale and a worthy companion to his Spirit Of Haida Gwaii, down in the Grand Hall. 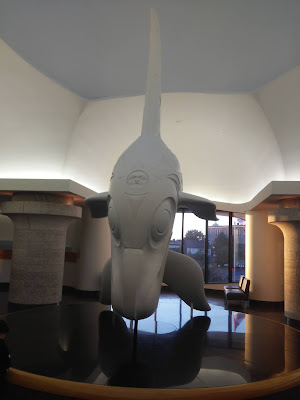 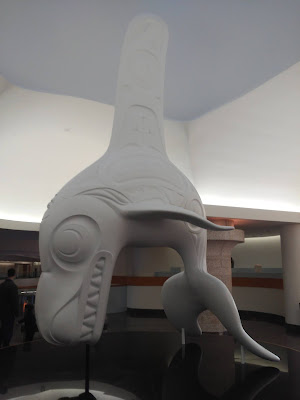 Here we have a final view of the Grand Hall from above. 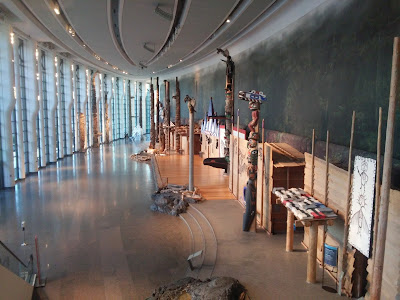 When I started this series I mentioned that I'd made two visits to the Museum. These were taken on my arrival outside during the second visit, a brighter day than the first one. 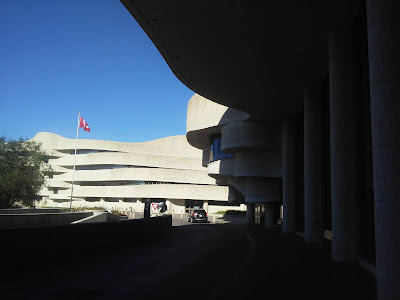 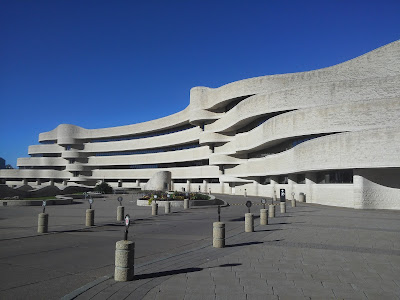 Between the two wings of the Museum, the Ottawa skyline beckons, with the Chateau Laurier and Parliament Hill dominating the horizon. 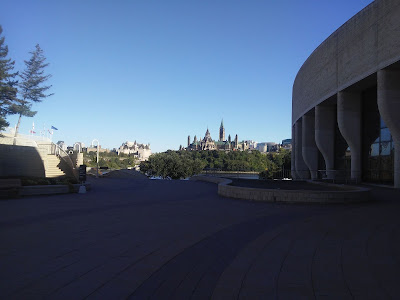 And this is the last shot for this tour, taken at the end of my second visit, as twilight was starting to show, looking back at the exhibit wing's main entrance. I hope you've enjoyed this extended tour of the Canadian Museum of History. I hope to be back here again in the not so distant future. 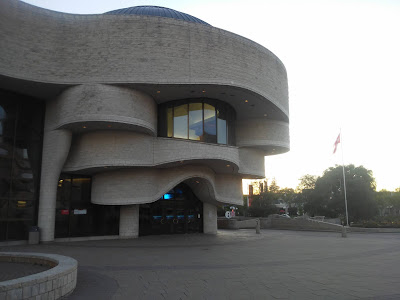