Each season it is my habit to show the Landscapes Of Canada Gardens at the Canadian Museum of Nature as it looks through the year. So it is with autumn. The Gardens display plants from four distinct ecosystems across the country: Mammoth Steppe, Arctic Tundra, Prairie Grassland, and Boreal Forest. For this visit, my path started with the Mammoth Steppe, where plants that were around during the time of these animals and still exist today are planted, along with three statues of a mammoth family. The Museum itself, with its distinctive architecture and glass lantern, loomed in the background. 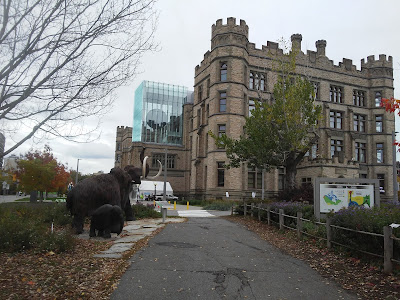 Autumn colours, in trees and flowering plants, were in abundance. 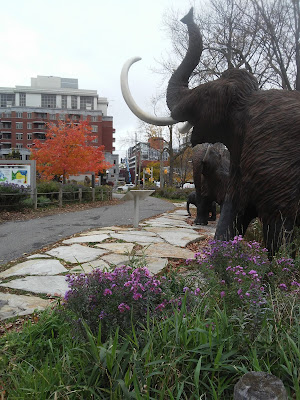 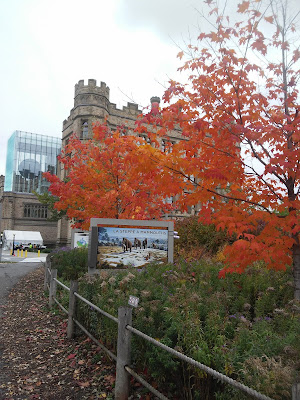 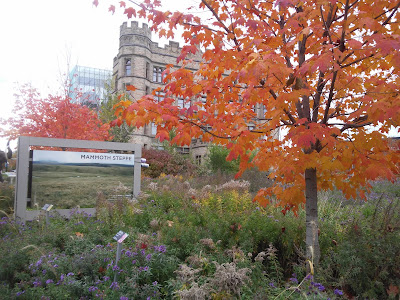 At a couple of the entrances to the path are bricks for donors to the Museum. While some of these are organizations or companies, the vast majority of them are from families who love the place, and often in memory of a family member. Autumn leaves fallen on the tiles made a good effect. 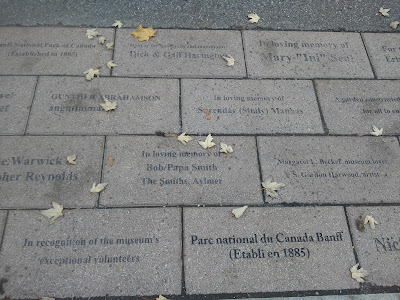 Here we have a view from the sidewalk, with plants and grasses of the Arctic Tundra in the foreground, planted amid rocks. A large steel sculpture of an iceberg goes directly over the path. 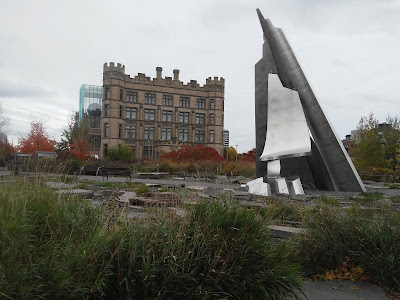 Back on the path, the grasses and flowers of the Prairie Grassland area beyond the fence were in their fall stages, tall and with a mix of colours. 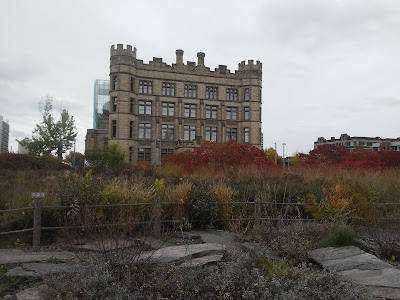 Here's another look at the sculpture. This was done by the late Bill Lishman, an artist and inventor who developed an ultralight plane to work with Canada Geese in leading them on migrations south. 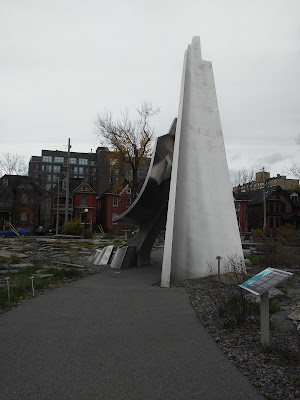 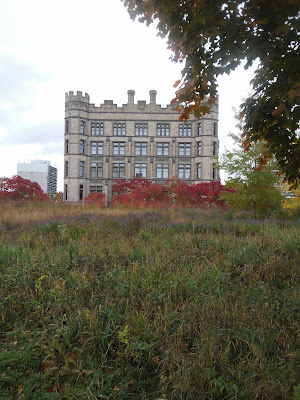 The Boreal Forest includes plants, trees, shrubs, and lichen of that vast portion of our country. Even the dead tree we can see here is part of it, as lichen is found all over its trunk. 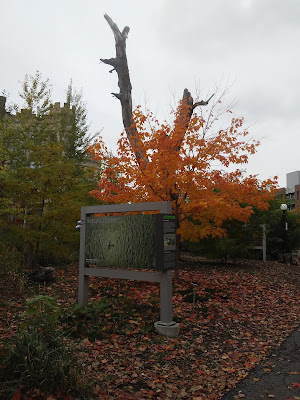 Among the trees here is tamarack, a beautiful hybrid between deciduous and conifer trees. It grows needles that turn a beautiful golden in the late fall, dropping the needles and growing them again in the spring. 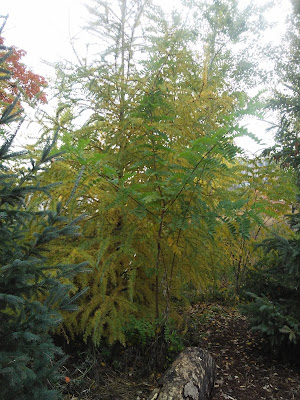 Here we have a close up of it, turning from green into gold. 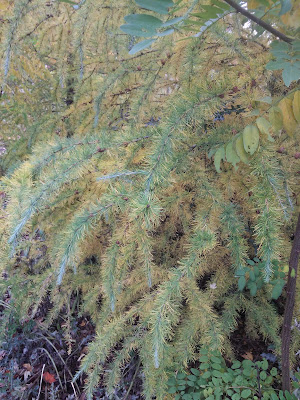 I leave off with this view in the Boreal Forest towards the Museum. 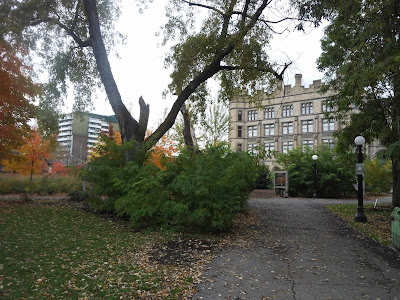