A Country Finding Its Own Course

The panels and displays on World War Two continue here. 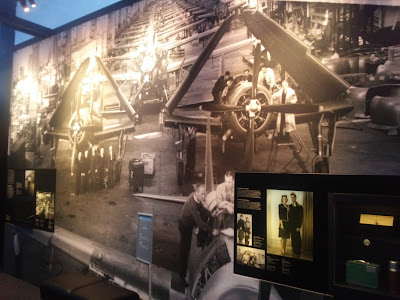 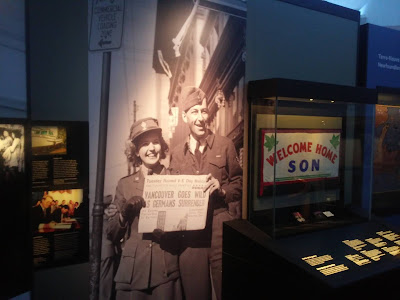 Following the War, in 1949, Confederation expanded when Newfoundland joined the nation. This tapestry shows the island dominion. 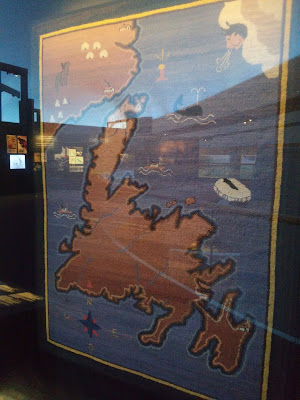 It was an initiative spearheaded by Joey Smallwood, the politician who became the premier of the province, and thus considered the final Father of Confederation. 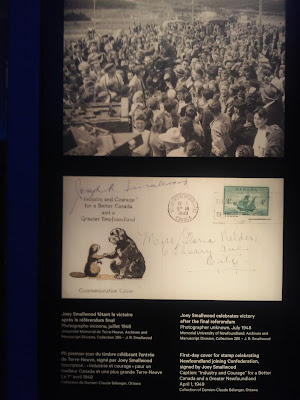 As was the case elsewhere, the post-War years saw much change in society. Display cases here include artifacts reflecting that change. This electric guitar was given to the Museum by Randy Bachman, guitarist for the Canadian rock band The Guess Who. 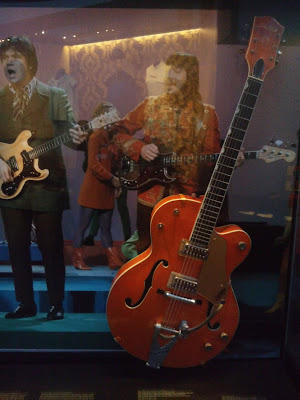 A photograph of Joan O'Malley is included here. She played a pivotal role in part of the country's direction in the 1960s. 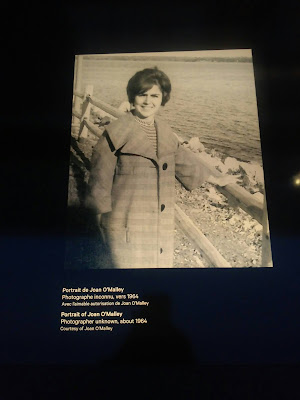 There was at the time a debate about a change to the national flag. O'Malley sewed the three prototypes of the flag for the Prime Minister's consideration. 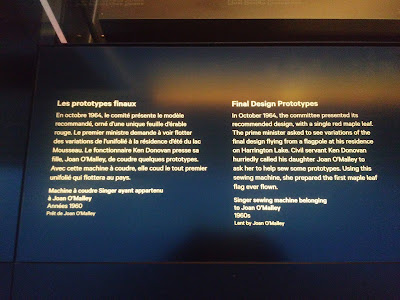 And this is the machine she sewed them on. 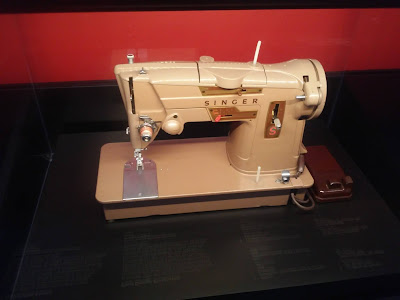 Here is one of the other variants. 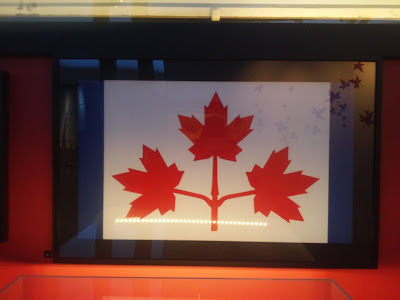 This is not one of hers, but a flag sewn by a young Canadian at the time. 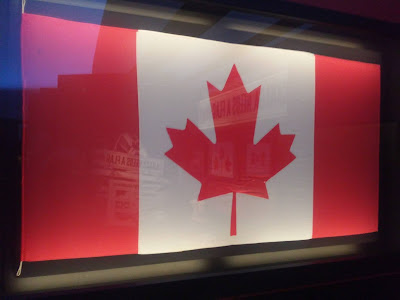 This gown, with its red leaves on white, was the work of a diplomat's daughter. Marjorie Gehl wore it to several functions during the centennial year of 1967. 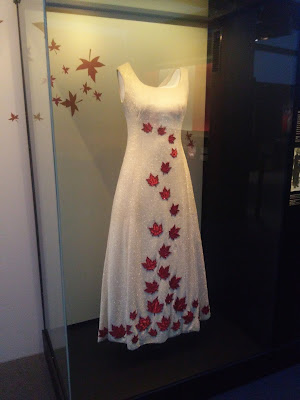 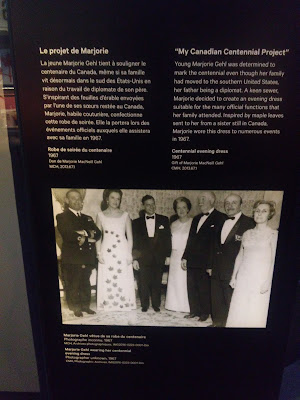