Rick Hansen is one of our most extraordinary stories. A track and field athlete who became a paraplegic after a spinal cord industry, he became an activist and philanthropist, capturing the imagination of the country and the world in his Man In Motion wheelchair journey around the world from 1985-87. 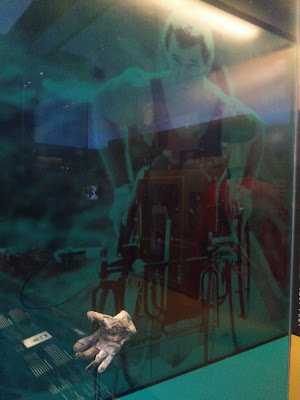 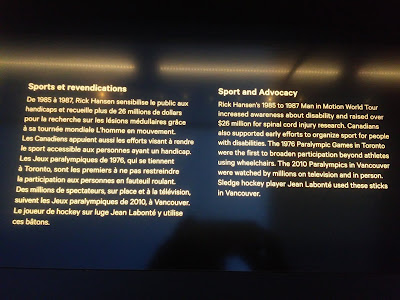 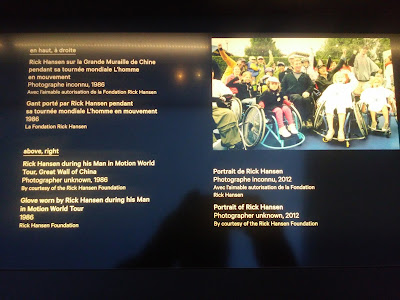 The place of Canada in the world is the last thematic area, explored in a multitude of ways. One of the measures successive Canadian governments took was a stand of principle against the South African apartheid system, going back to the Diefenbaker government. 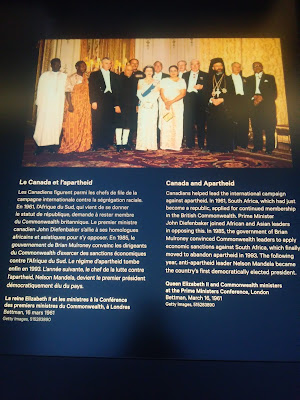 The poster here was for a solidarity workshop in Bolton, Ontario. Prime Minister Brian Mulroney maintained the stand against apartheid through his time in office, even if it meant taking a different approach than allies like Margaret Thatcher or Ronald Reagan. 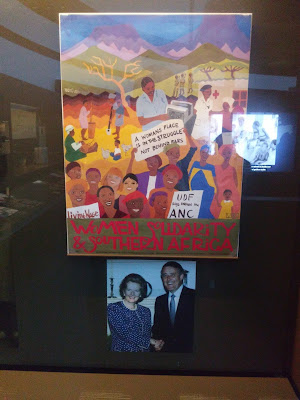 Nelson Mandela never forgot the support from Canadians in general and Canadian governments in particular. He was designated an honourary Canadian right here at the Museum in 2001. 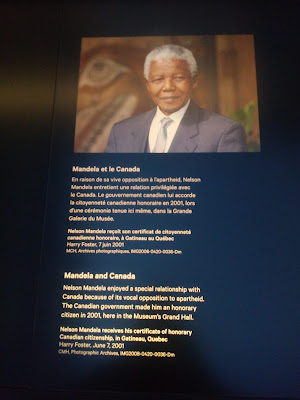 Lester Pearson, our foreign minister at the time and later one of our best Prime Ministers, was integral in the creation of the concept of peacekeeping during the Suez Crisis. He would win the Nobel Peace Prize for his efforts. 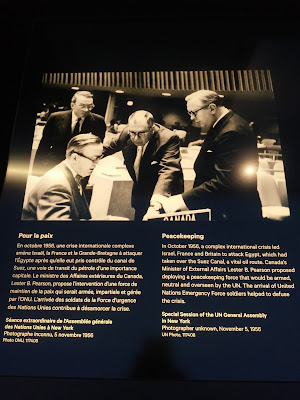 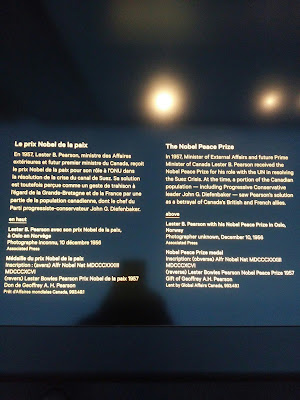 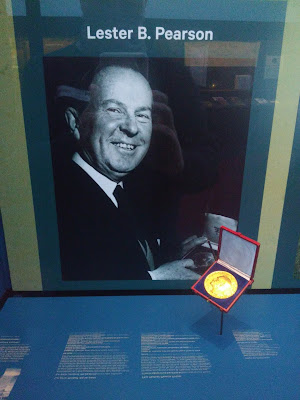 One of the displays here details the contributions of Mark Isfeld, a Canadian soldier, peacekeeper, and combat engineer killed by a landmine in Croatia. Items here include a knitted doll, something made by his mother and handed out to children in places he was working in. 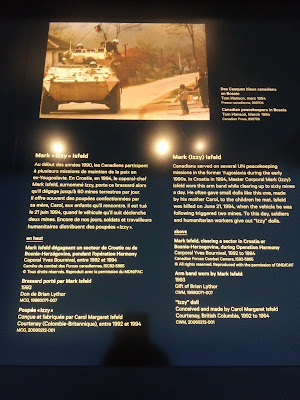 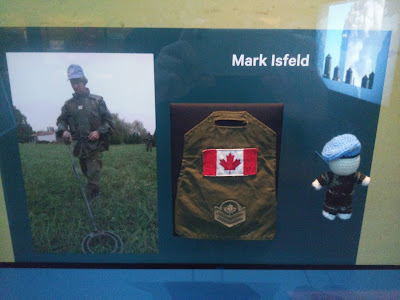 The Ottawa Treaty, a measure meant to eliminate landmines, has been ratified by many countries, but not all- the United States, Russia, and China are among the holdouts. 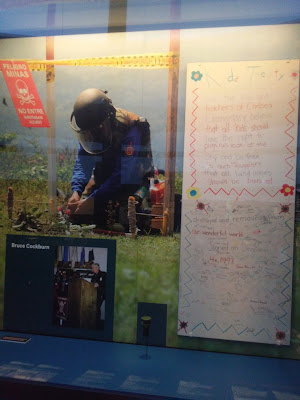