I crossed from Confederation Park onto the property at Ottawa City Hall during this walk. Lights were arranged on the trees around the property. In the background, one can see the distinctive architecture of the Cartier Square Drill Hall, which neighbours City Hall. 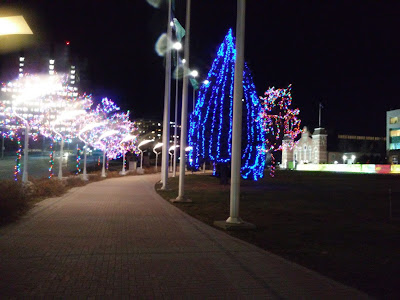 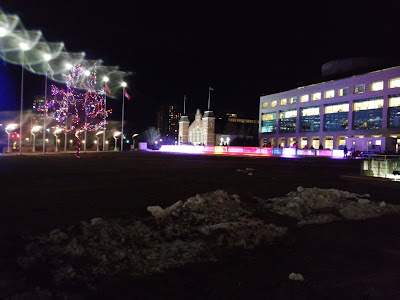 Another neighbour of City Hall is the main provincial courthouse in the city, seen behind this tree. 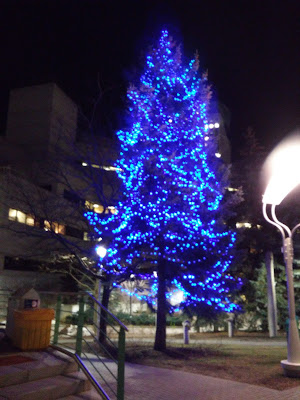 A Christmas wreath is hanging on the side of City Hall. 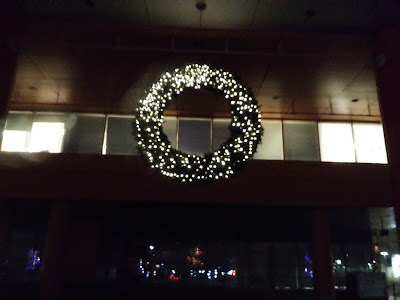 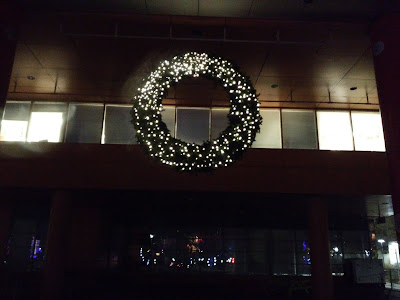 Inside, this is one of the Christmas trees. 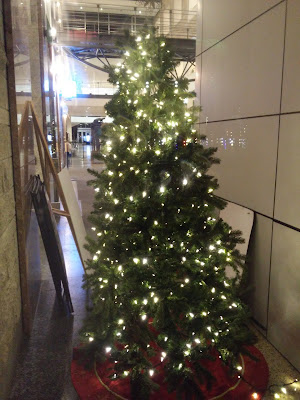 And outside City Hall is a large skating rink, kept in shape throughout the winter even when the nearby Rideau Canal is done with skaters for the year, or before the fact. There were skaters on the rink. 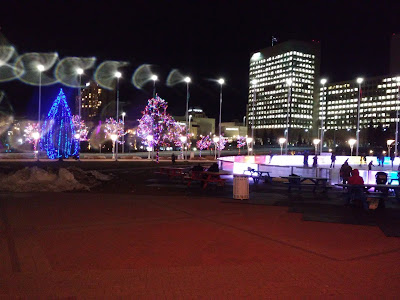 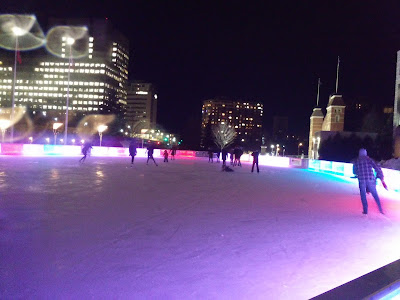 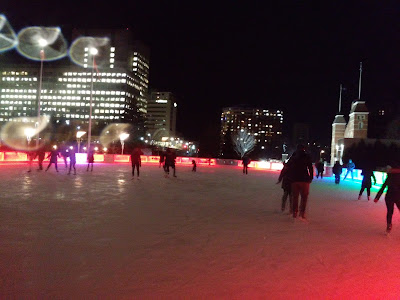 My final shot is also the last Christmas shot I took for the season, a few nights later. This funeral home is near my place. As I said a few days ago, a bit odd to decorate such a place, and yet it's done.
Tomorrow we close out the year. 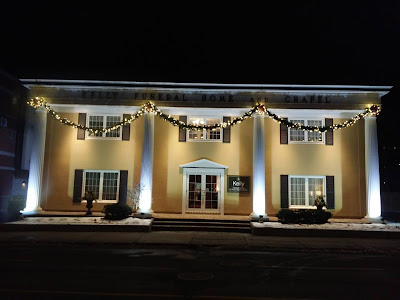