Picking up where I left off yesterday, this looks at the Parliamentary block housing the Prime Minister's offices. As it is on the south side of Wellington Street, it therefore has the unusual distinction of being the only Parliamentary block not actually on the Hill itself. 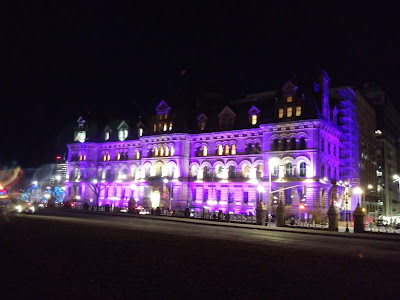 Another look back at Centre Block. 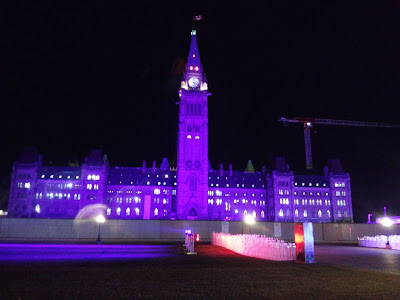 This building is directly across from Centre Block, also on the south side of Wellington. It used to be the American embassy, but when they moved out, the Canadian government took possession. It is now being transformed into a centre for First Nations, Inuit, and Metis people, at the heart of federal power. The work should probably take two or three more years, and the transformation itself is all internal. 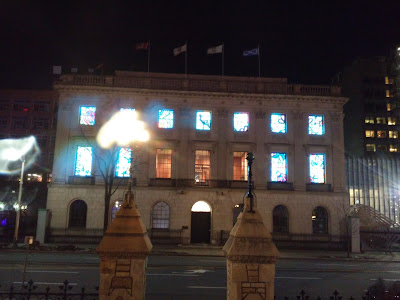 I started heading towards the nearby War Memorial. Pausing here by the prime minister's block, I photographed the wall bathed in light. 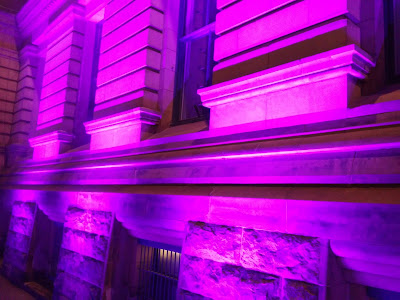 The War Memorial is at the very heart of Confederation Square, a wedge shaped area surrounded by landmarks. Christmas lights are lit up this time of year, for a month, between early December and early January. 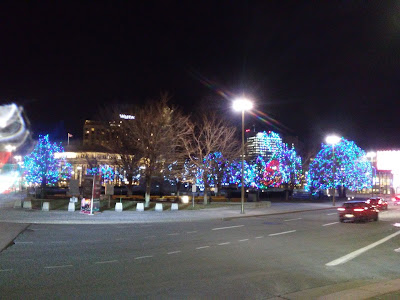 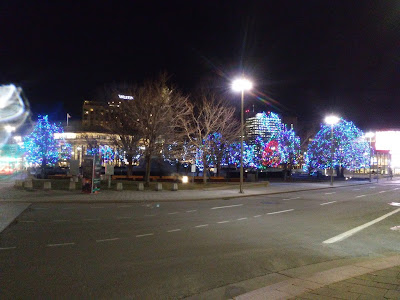 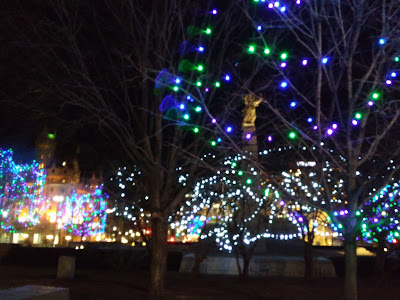 The Memorial makes itself more clear here. In the background stands the Government Conference Centre, where the Senate is temporarily housed during work on the Hill. 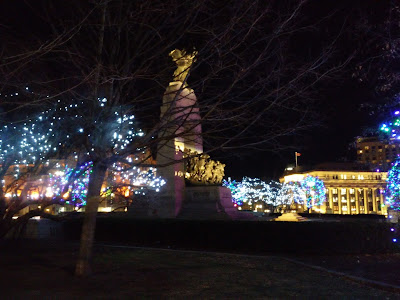 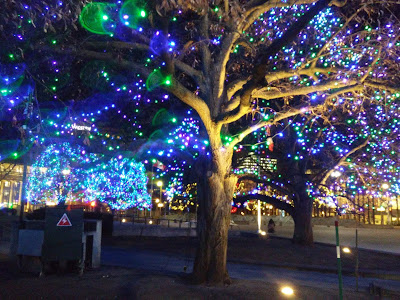 From this spot on the Memorial grounds, the National Arts Centre comes into full view. This view of the Memorial includes the Chateau Laurier in the background. 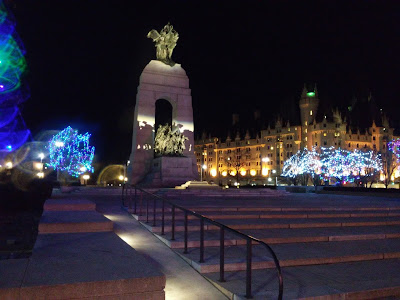