Continuing on where we left off yesterday, Lester Pearson's concept of soldiers as peacekeepers was an offshoot of the Cold War, a different idea of resolving a problem. 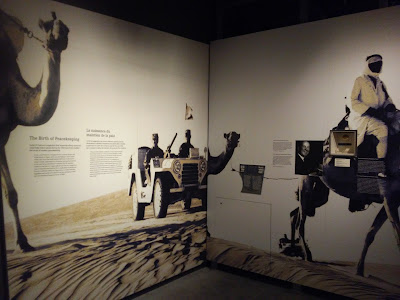 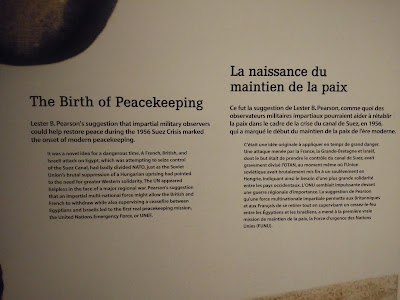 This painting is by Colin Williams, done in 1974, titled Hercules Aircraft At Ismaila, Egypt, showing a Canadian aircraft also bearing UN insignia as part of its peacekeeping operations. 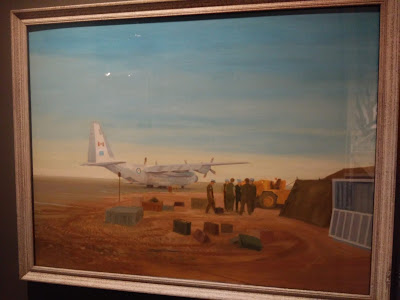 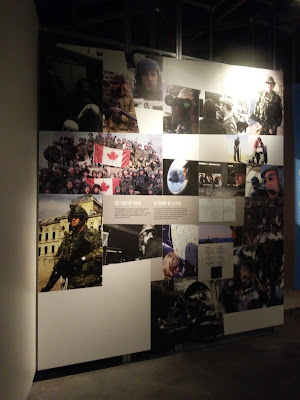 This is a recreation of a cafe in Cyprus, which has had a UN peacekeeping force present since 1964, and presumably still remains the case today. Canadians have participated in that mission. 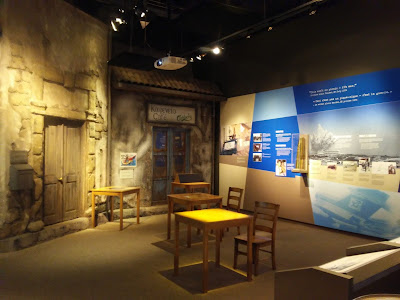 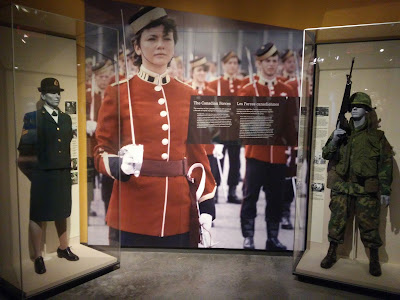 A reserve field artillery piece is in the foreground here. 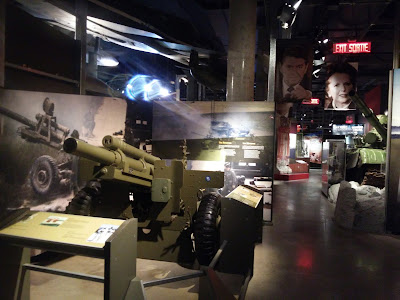 Here we have two different uniforms, for the Canadian Rangers. 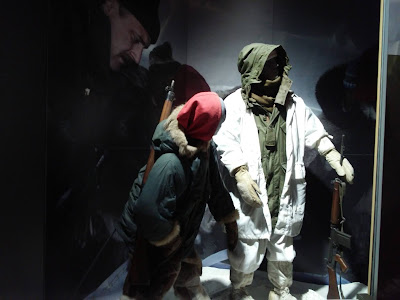 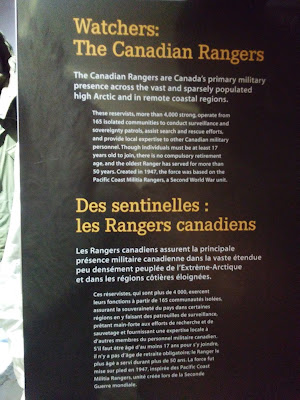 Some of the major players of the last decade of the Cold War loom over this last section of this area. 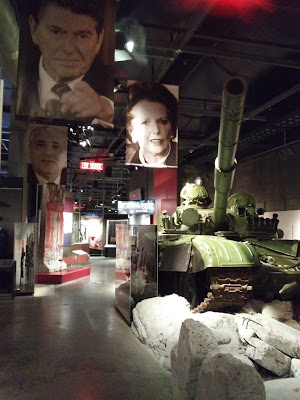 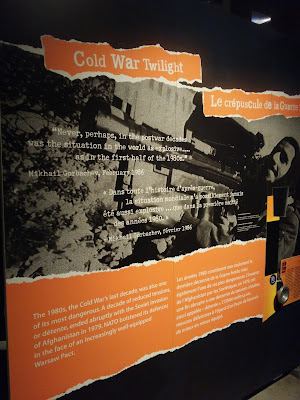 To close out today, this display case features some of the weaponry typical for NATO forces during the last years of the Cold War. Much of this remains standard issue today. 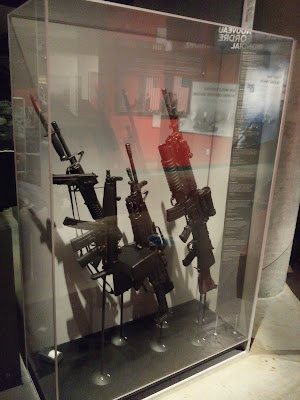