A Return Visit To The Museum Of Nature

In the first part of December I paid a return visit to the Canadian Museum of Nature. The place had Covid protocols in place during my visit. I started out on the east end of the property to photograph this statue pairing of a mother and baby dinosaur, chasmosaurus irvinensis. 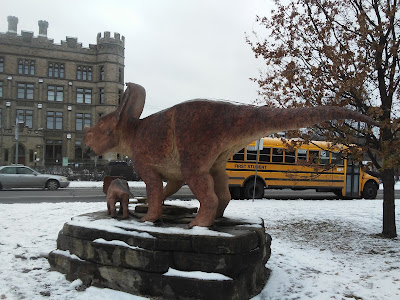 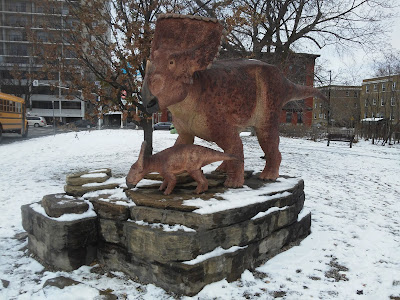 The Museum was built as a memorial to Queen Victoria, and has seen more than one use. It looks like a castle, with a modern glass tower, called the Queens Lantern, opened in 2010. 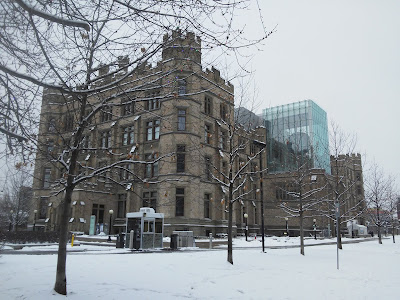 This stained glass window is inside the entrance. 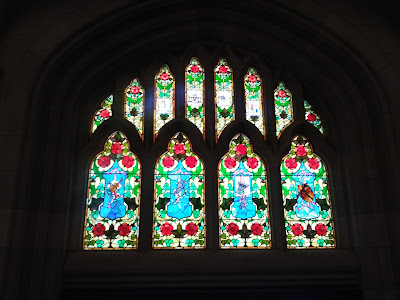 Direction markers are one Covid protocol inside. Another is signage, such as this one on an elevator. 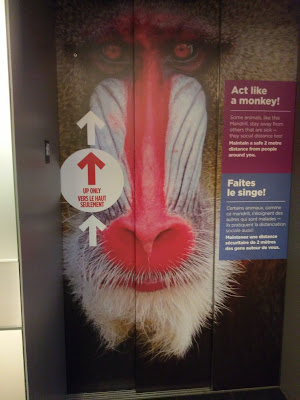 A new installation has been hung in the central atrium, a model of the Earth called Gaia, which slowly turns in this space. 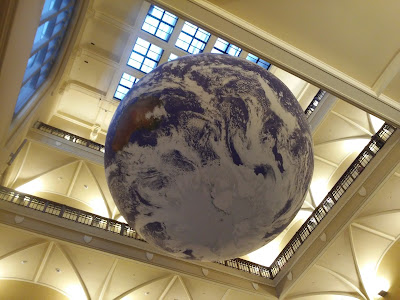 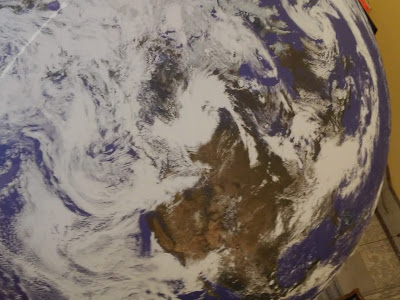 It is a suitable companion for the Moon, which hangs out in the Lantern, and was put there for the 50th anniversary of the first landing on the Moon. 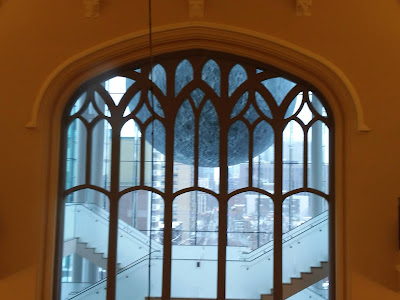 The museum organizes itself in a series of galleries, and the first is the Arctic Gallery. One first sees large slabs of ice. 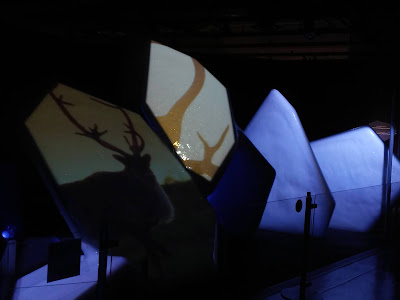 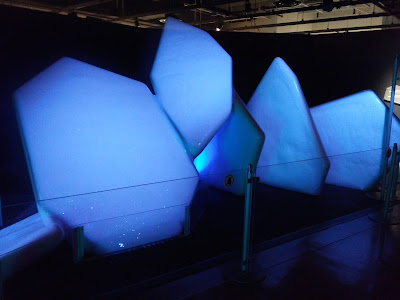 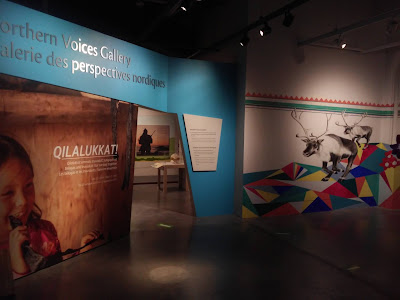 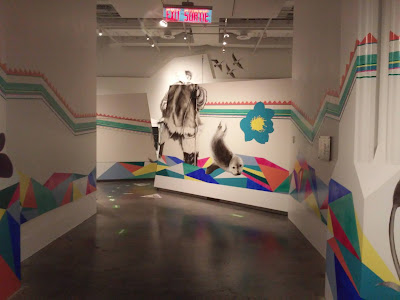