In the latter part of April I was in Major's Hill Park, where I took two shots of a flower bed with tulips not yet blooming. This first view includes Parliament Hill in the background, and a statue of Colonel John By, the British military engineer who led the construction of the Rideau Canal. These are the first tulip pics I took for the year. 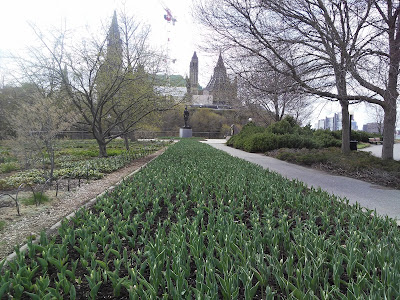 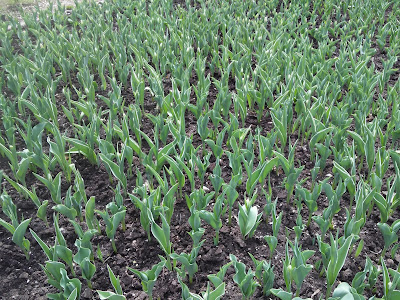 In early May I returned to the park. Tulips were emerging. 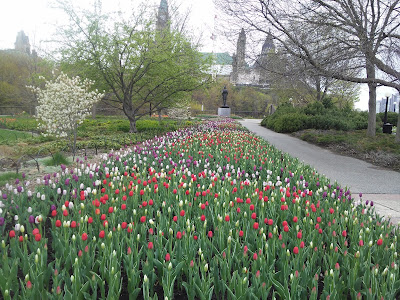 Other tulips can be found in the park. 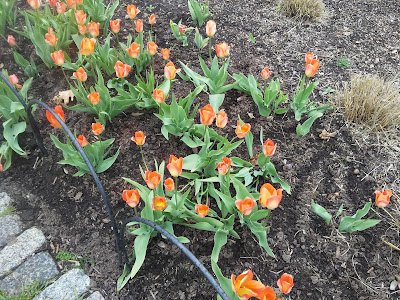 Some planters along the western path had tulips. Views of Gatineau and the Ottawa River could be seen. 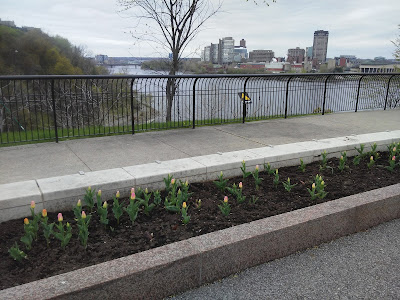 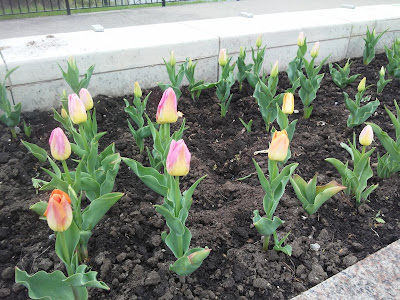 Along with tulips here are tree blossoms. 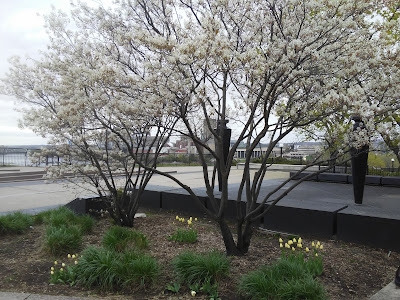 The north end of the park includes more flower beds. This one includes the National Gallery beyond. 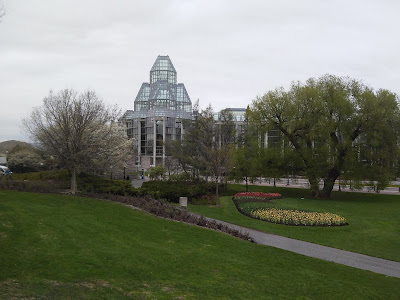 And this one features Notre Dame. 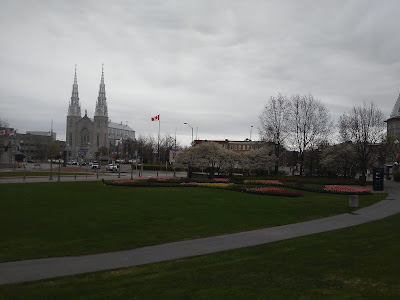 When I came back to the park a few days later, the tulips had made substantial progress. We'll see that down the line. Today I leave off with this. 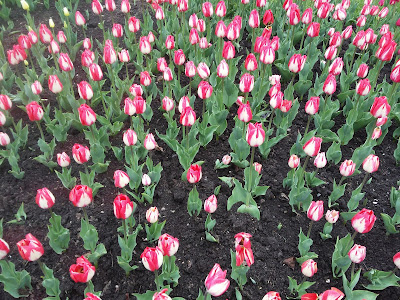