The first day of each day is a theme day for members of City Daily Photo, and for August that theme is Sticky. See how others are interpreting this theme right here.

For me, the first thing that came to mind was the sort of weather conditions I dislike being out in, let alone photographing in: hot, humid weather. Such was the case one day early in July when I was out on Plaza Bridge over the Rideau Canal and photographed this view looking out over the Ottawa Locks, where the Rideau Canal descends towards the Ottawa River. Gatineau is on the far shore of the river, and off in the distance, the familiar rise of the Gatineau Hills was an indistinct blue. 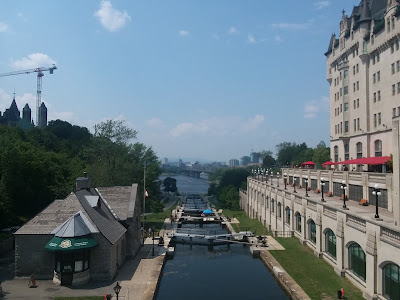 I headed along the Chateau terrace towards Major's Hill Park. The Bytown Museum lies along the Canal; during the days of the Canal being built it was a commissary for the work crews. 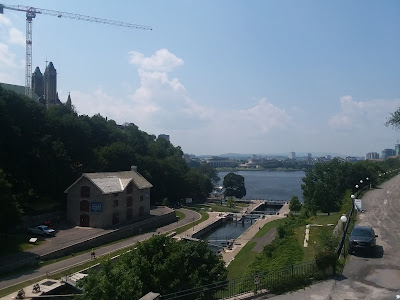 A look back at the Chateau Laurier from within the park. For reference, this particular day was thirty degrees celsius. That's not counting the humidex. 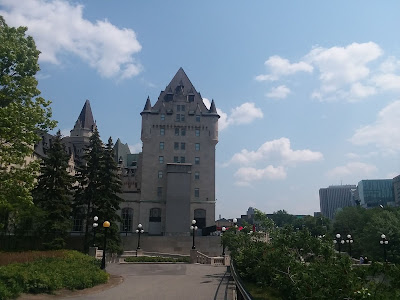 There's a statue of Colonel John By, the British military engineer who led the building of the Canal, overlooking his achievement. The real By would have kept his coat off on a day like this during the building of the Canal, nearly two hundred years ago now. Remember that during the Tulip Festival the bed around and behind him was filled with tulips. They got replaced with annuals for the summer. This happens to be good timing, as tomorrow is the Civic Holiday. Locally it's called Colonel By Day. 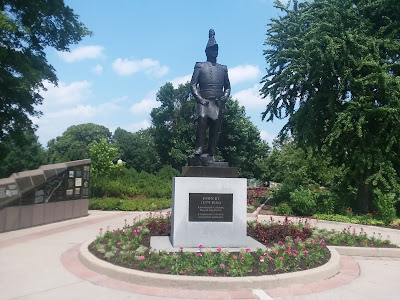 The western path in the park gives views of the river below Parliament Hill. It was the sort of day you'd need water with you at all times. The view upstream was hazy. 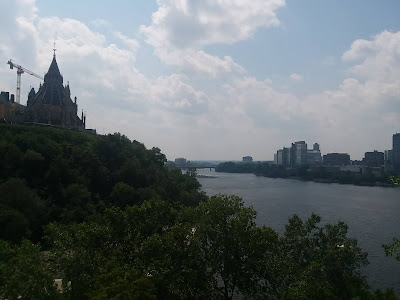 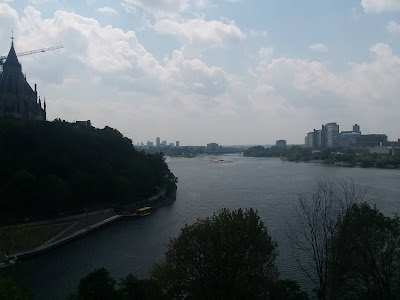 On the Gatineau shore lies the Museum of History. 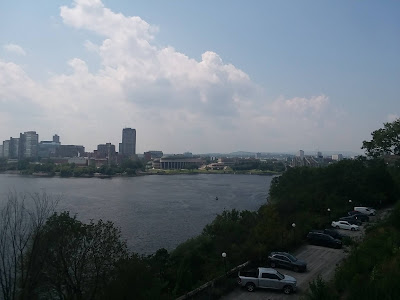 A look back towards the Chateau. What people were in the park were keeping to the shade. 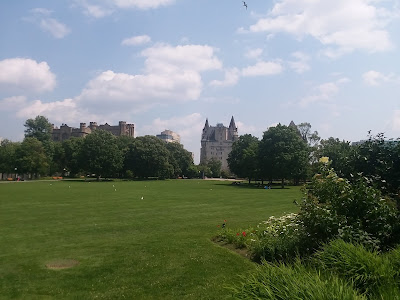 The north end of the park found me looking at the National Gallery. 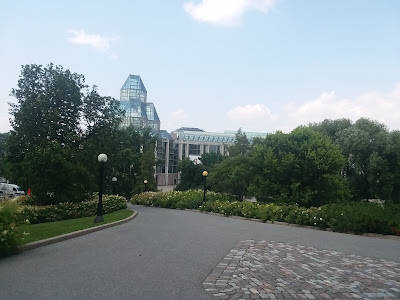 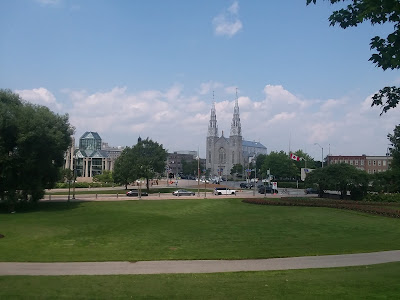 Not too far away I photographed this view looking upstream from a platform at the start of the Alexandra Bridge. 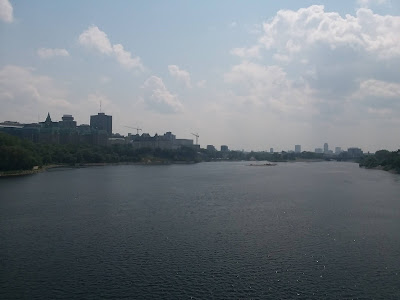 Two days later the temperatures had dropped by fifteen degrees. The humidity was gone. Contrast this last shot with my first one of the same view. The Gatineau Hills were strongly visible, with the various ridgelines defined to my view. This is the sort of weather I'd rather be photographing in. 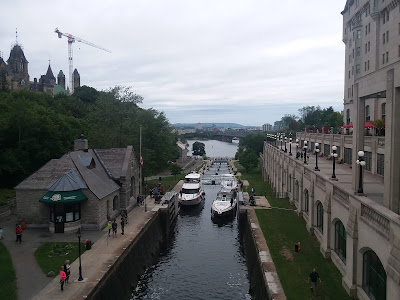