Changing Faces Of The Ottawa River

Twice each month, I come out onto the Portage Bridge as it crosses the Ottawa River from Ottawa into Gatineau. I come to photograph the downstream view in changing conditions. Landmarks seen here include the Alexandra Bridge, Nepean Point, the National Gallery, Notre Dame, Parliament Hill, the Supreme Court, and Victoria Island.
I start with a view of the river in the first half of April. 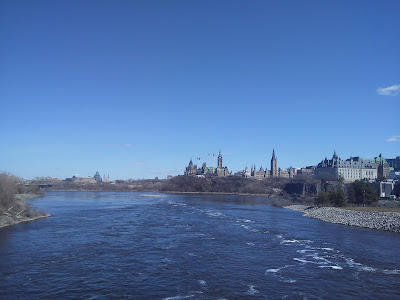 Later in April saw a different mood to things. 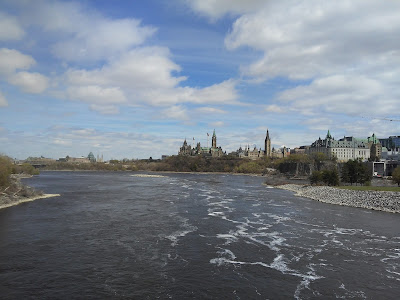 Here we had things near the middle of May. 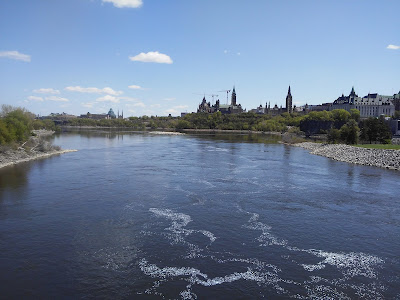 The late days of May brought this view. 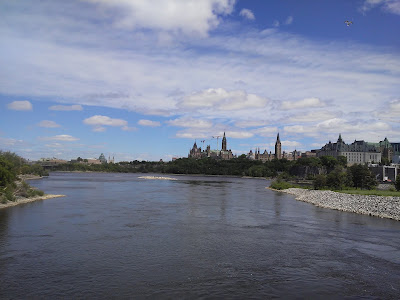 In mid-June, it was a brooding, overcast, and relatively cool day when I came by. 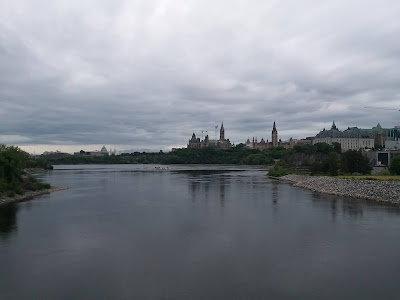 Later in June, we had clear conditions when I took this shot. 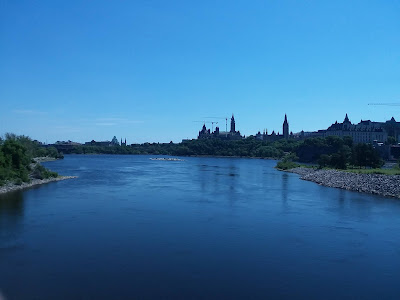 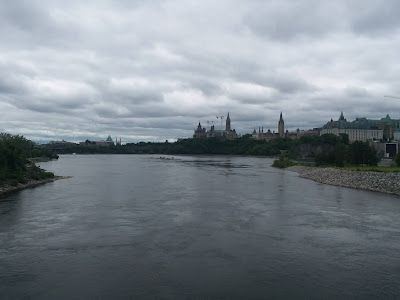 And this was later in July. 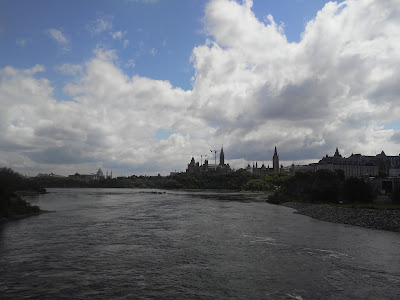 Late in the afternoon one early August day I was returning from the Museum of History, my current series, and took this shot. 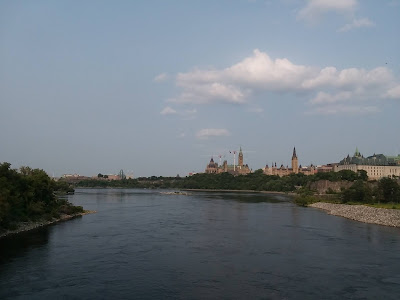 On the last day of August, things looked like this. 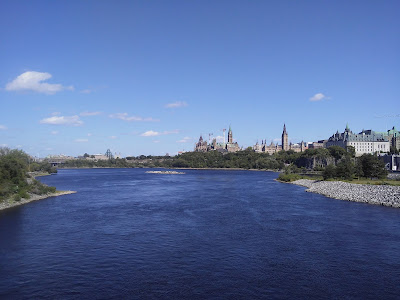 On a mid-September day, things were mostly cloudy when I stopped by. 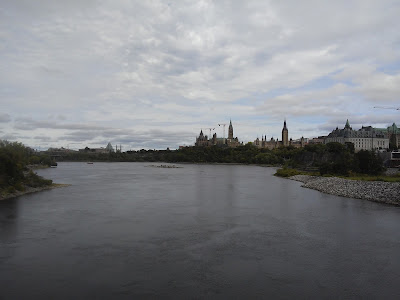 And lastly, just a few days ago a sunny morning greeted me as I made the crossing on a walk into Gatineau. I'll start taking photos of this view again starting sometime in the first half of October. 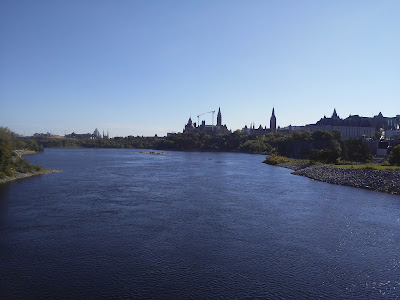