War On The Ground And In The Sky

Continuing on where I left off yesterday. The reproduced painting seen here is elsewhere in the War Museum, and we'll see it before we end this series. 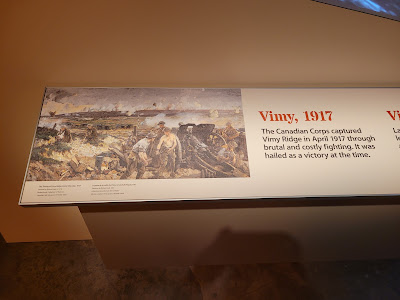 A display screen tells the story of the Battle of Vimy Ridge, here depicting the movement of Canadian soldiers towards the German defenses on the ridge. 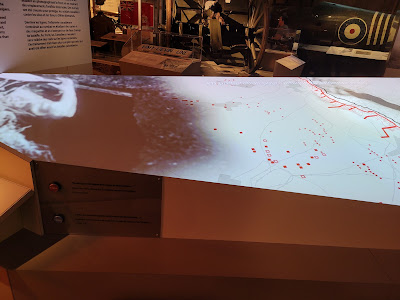 Unlike so much of the First World War, which until nearly the end consisted of relying on Napoleonic tactics against new technology, resulting only in mass slaughter, Vimy Ridge relied on preparation and methodical training. This was critical. 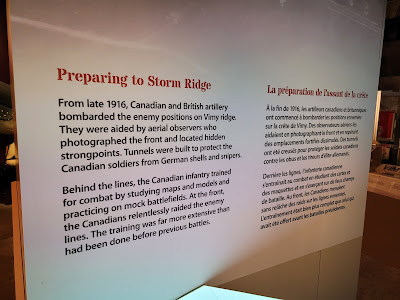 And in the end, Canadians did what other Allied troops had been unable to do. 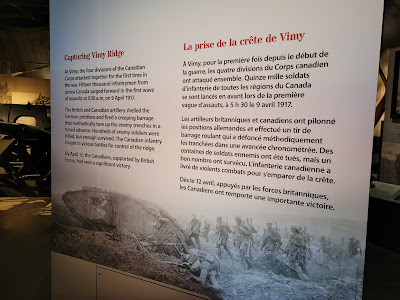 This painting, reproduced on a panel, introduces us to the aerial part of the war. German zeppelins brought bombs to Allied cities. Bringing them down became the job of Allied pilots. 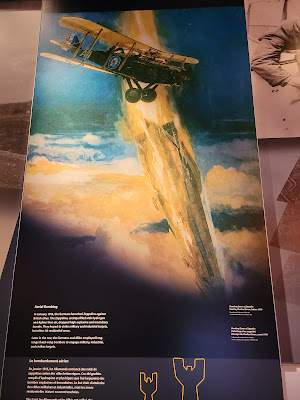 Their cockpits were open to the elements. They needed to dress like that, going ten thousand feet up. 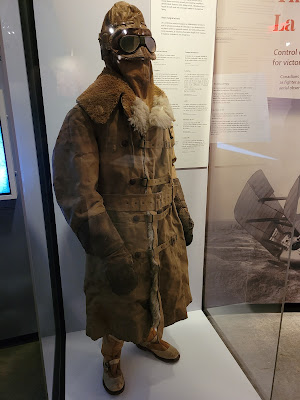 This caught my eye. 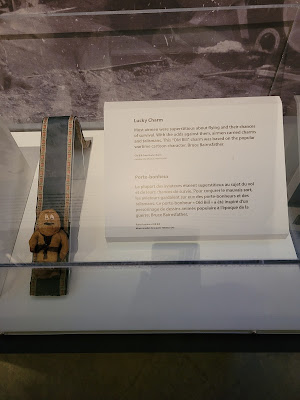 Canada didn't have an air force during the First World War, but Canadian pilots ended up flying for the British instead. Such was the case with one of the legendary aces of the First World War: William Barker. His medal set is here. 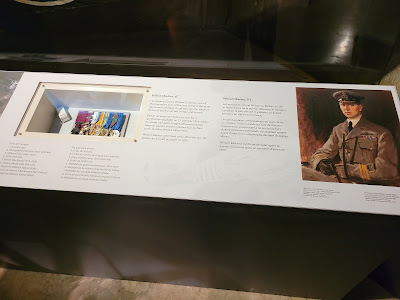 This fuselage is what's left of the Sopwith Snipe Barker flew when he fought the duel that won him his Victoria Cross. 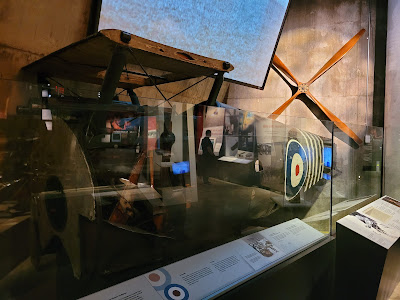 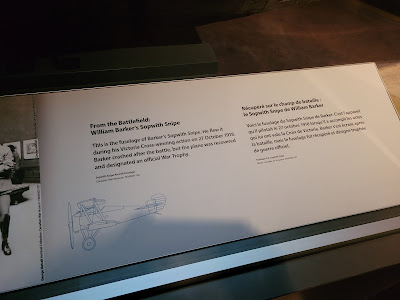 Another Canadian who distinguished himself in the air was a local man, Roy Brown of Carleton Place, whose place in history was cemented by dueling the man who had become a legend- The Red Baron. He is credited with shooting down von Richthofen, though Australian anti-aircraft gunners on the ground also claimed credit. Regardless, he's the pilot who was engaged in the duel, and in the end, death protected the reputation of the Baron from being sullied by the Nazis as it would have had he lived. 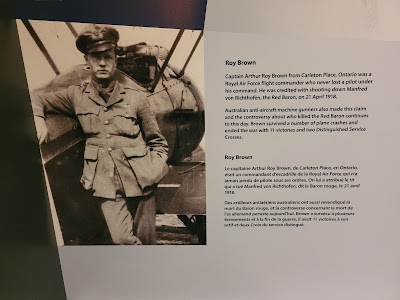 Brown's logbooks and medals are here. 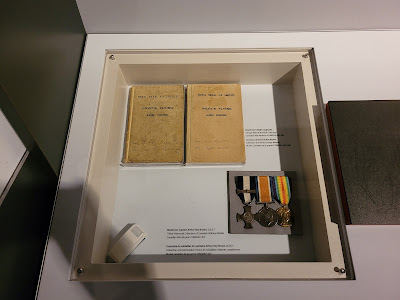 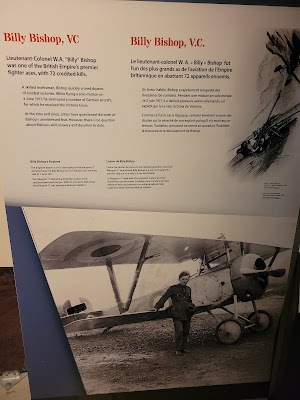 Displayed here include items like his medals, a book he wrote after the war, a gun from his plane, and a windshield from his plane- complete with a bullet hole, a memento from a day when a few centimeters over to the side would have ended his life. Instead the bullet ended up lodged behind him. A very lucky day.
I'll return to this series after tomorrow's theme day. 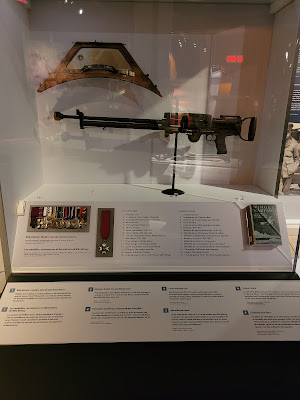