In March, I was over at the Ottawa Convention Centre on a couple of occasions, the first time before the ice on the Rideau Canal was closed for the season, the second for pics for the triangle theme that started out April. These shots are from those two days. Incidentally, aside from one or two upcoming before and after posts, I'm now out of snow pictures. Until winter returns in August. 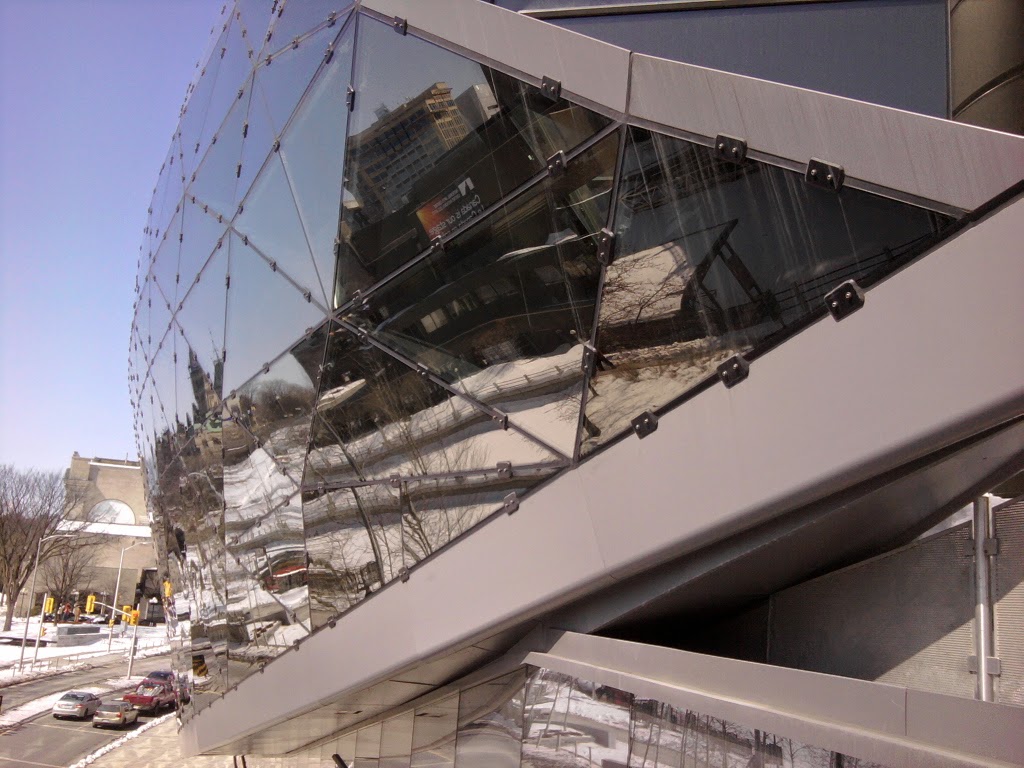 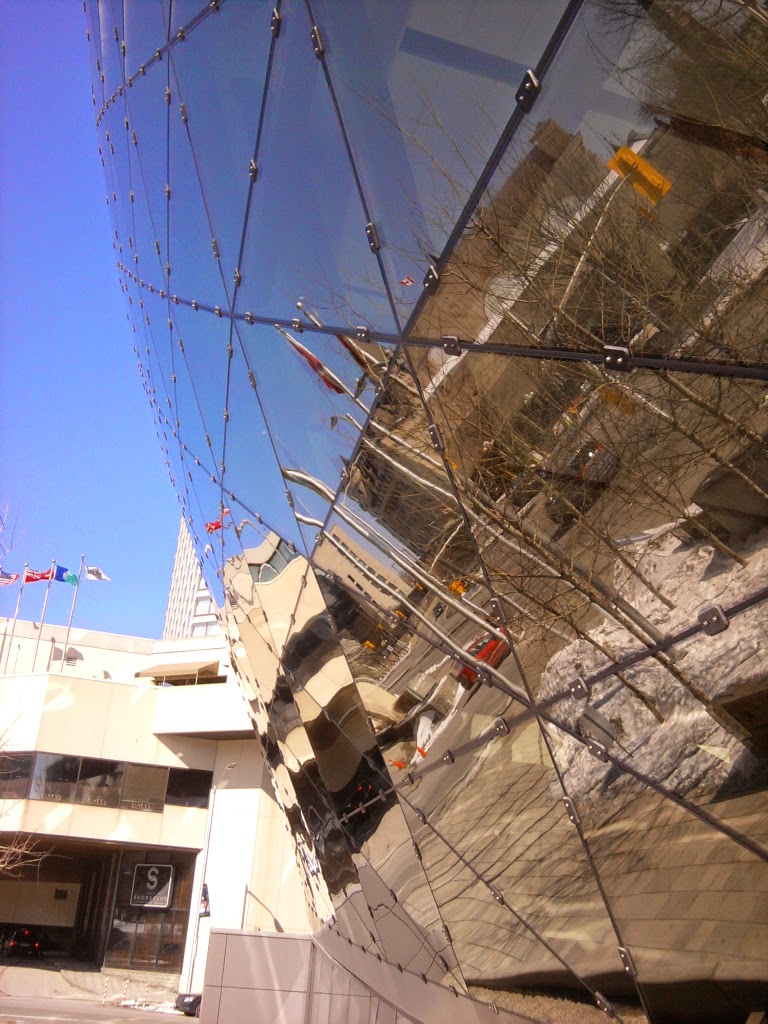 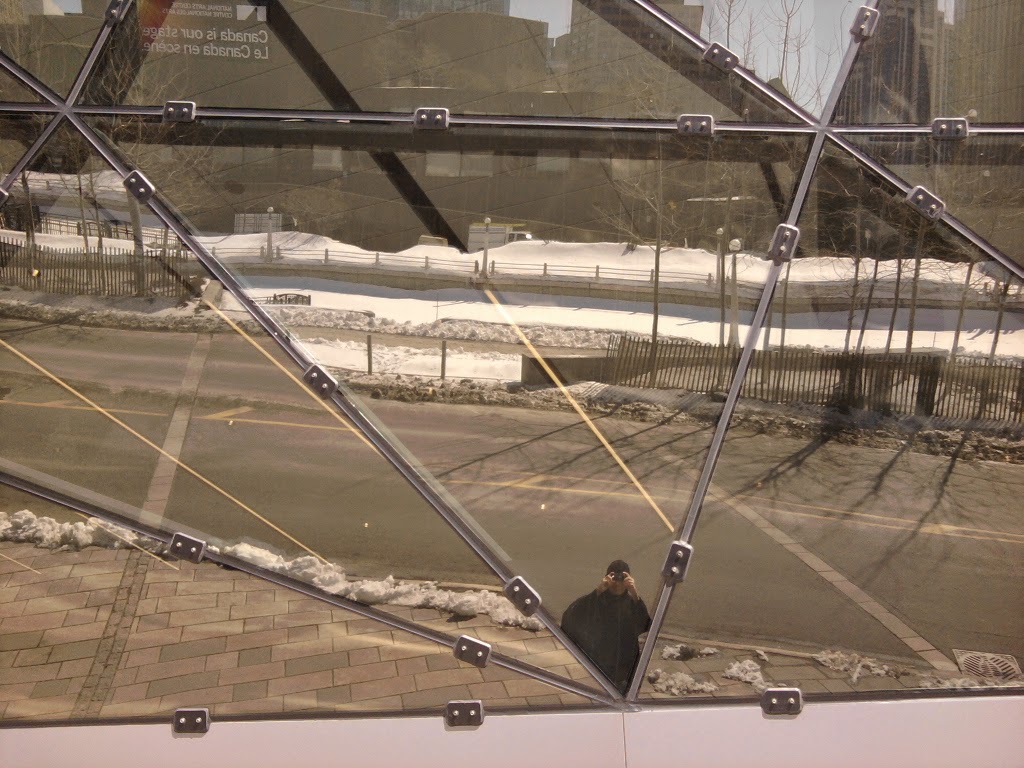 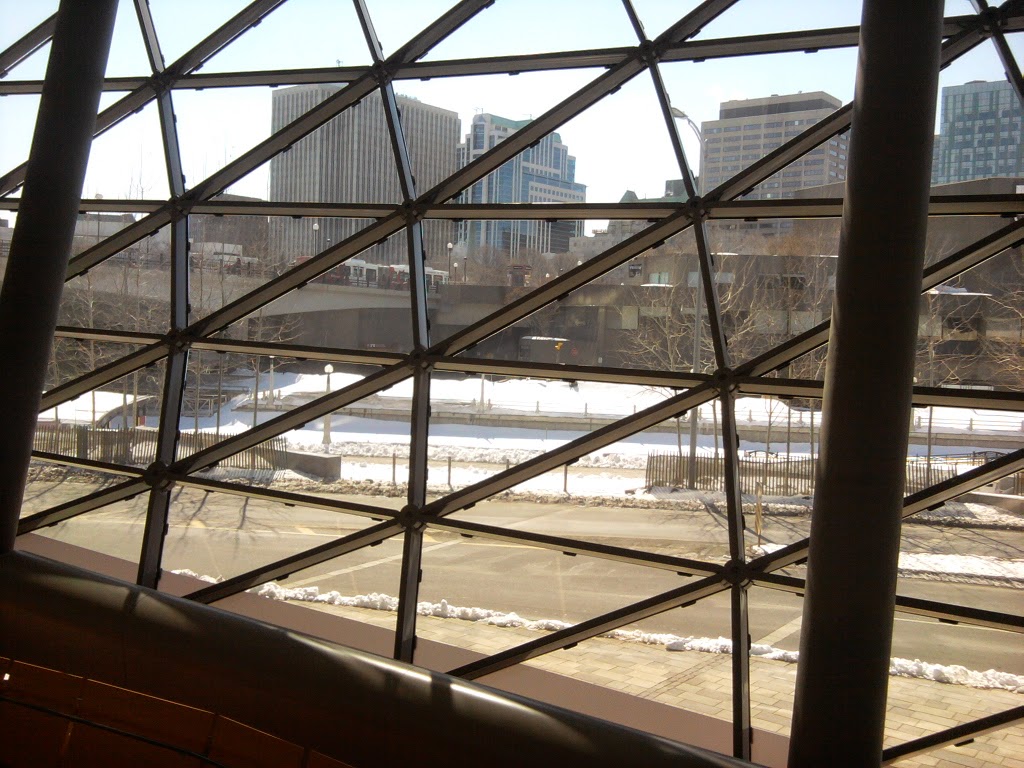 Inside, here's a view of Canada Hall, the largest of the interior convention spaces. Work crews were in the midst of finishing up dismantling a weekend show when I took this, and the hall was fully open. It can be subdivided as required, but at this size is like an aircraft hanger. 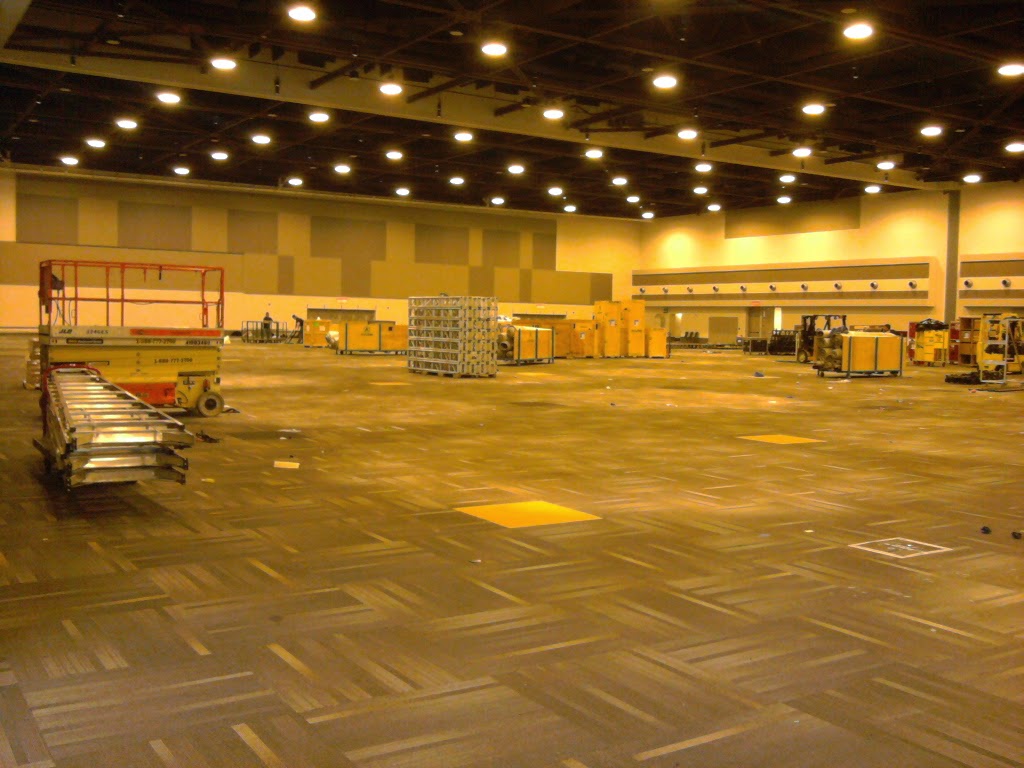 Looking out at the Canal, we see across to the National Arts Centre. The Canal looks a lot different now. 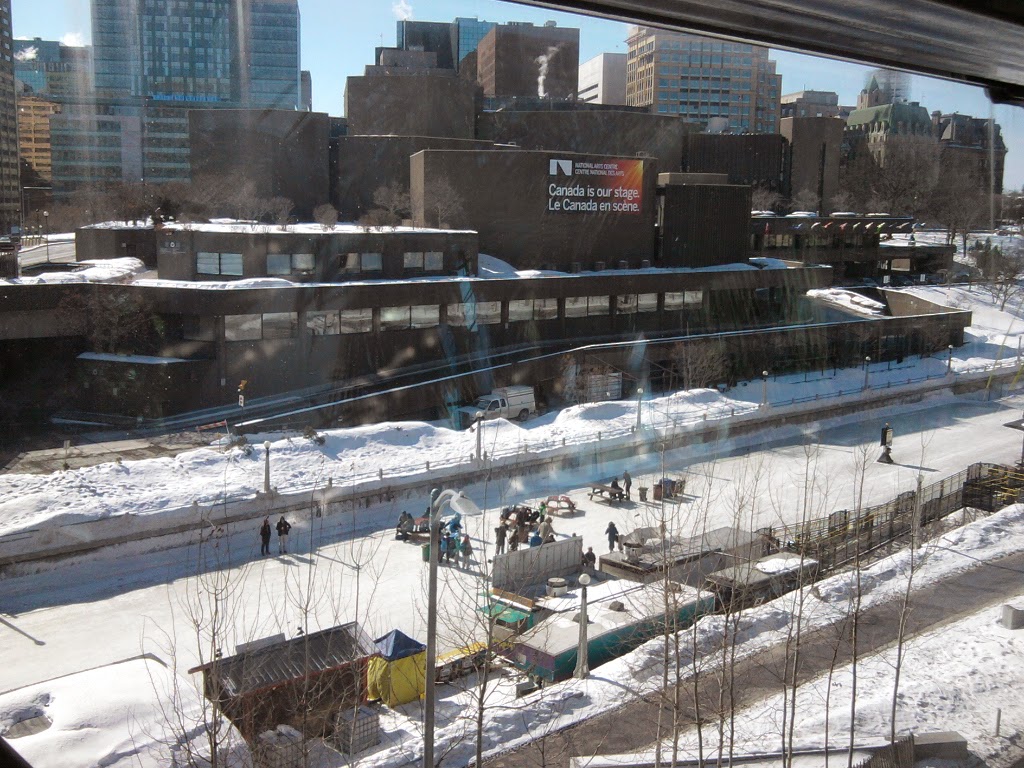 I like using these panes of glass to frame Parliament Hill in different ways. 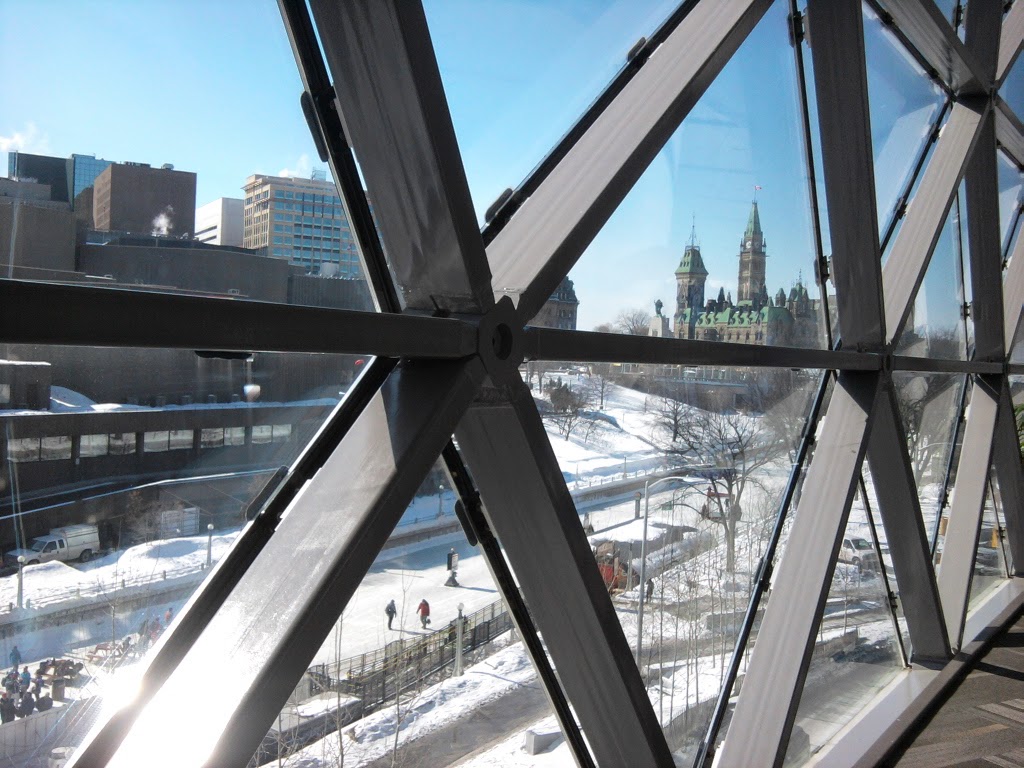