May 17th is Norway's National Day, or the Norwegian Constitution Day. This year is a day of special significance, as the constitution was enacted two hundred years ago today. Norwegians refer to it as well as Syttende Mai or Nasjonaldagen. Check out Bergen Daily Photo or Stavanger Daily Photo, two blogs from Norway for celebrations of the holiday from home.

I went over to the Museum of Civilization in Gatineau today for some tulip shots, and came across people en route with the Norwegian flag, in traditional Norwegian clothing. It turns out that the embassy here partnered with the Museum in celebrations of the bicentennial. Much of the celebrations were done by the time I arrived; one of the attendants mentioned there had been a brass band playing earlier and a good sized crowd that came out. Still, there were kids engaged in games, and people in traditional clothing strolling about. These are the steps between the Museum and the curatorial wing, decorated for the occasion, with the Norwegian and Canadian flags side by side. 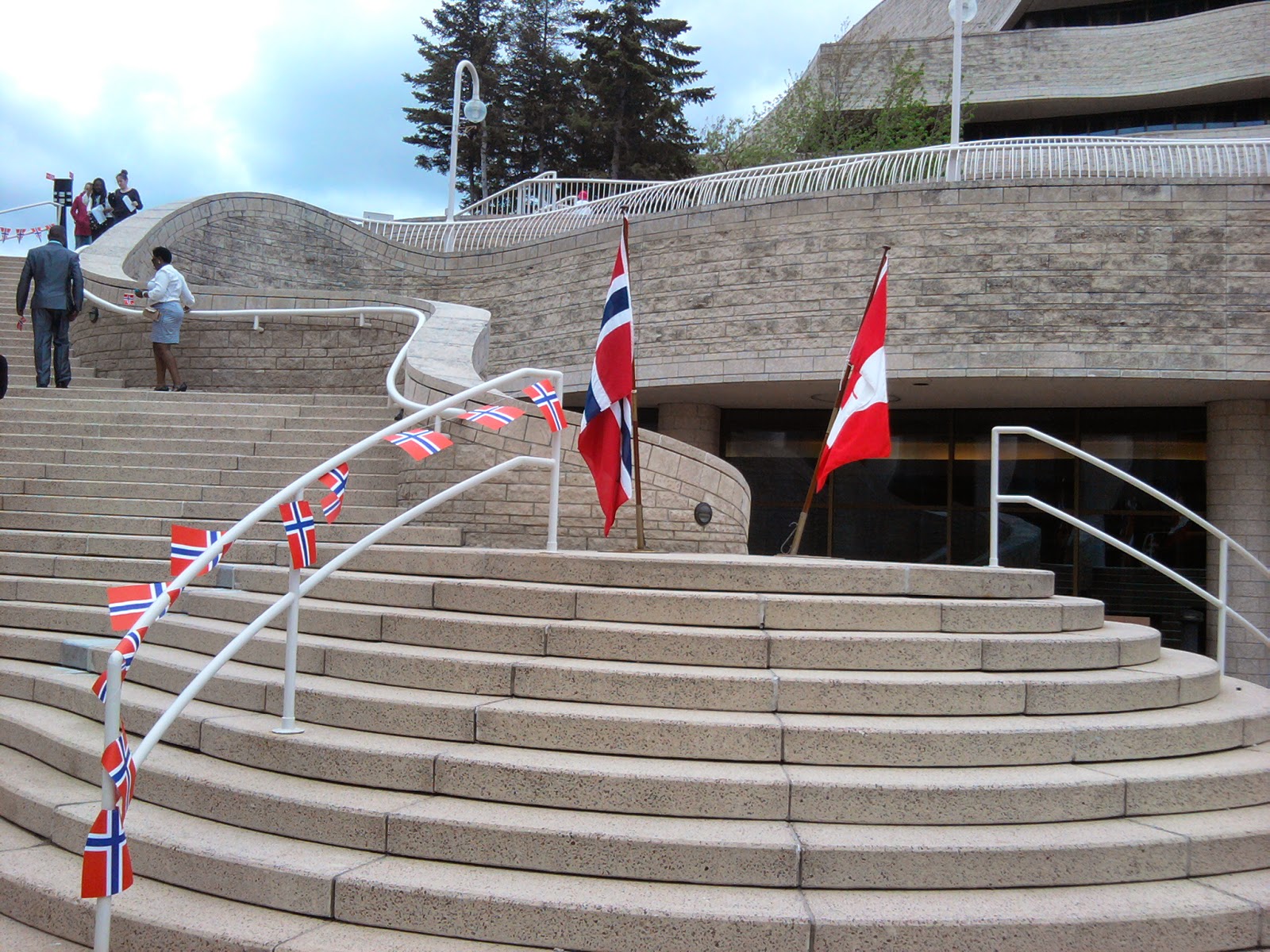 The embassy also asked for something unusual for the occasion- reenactors from the period in uniform. We don't have period Norwegian uniformed fellows, but these reenactors came out with British uniforms of the time. They were quite popular for people to pose with. The Ottawa River forms a nice backdrop. 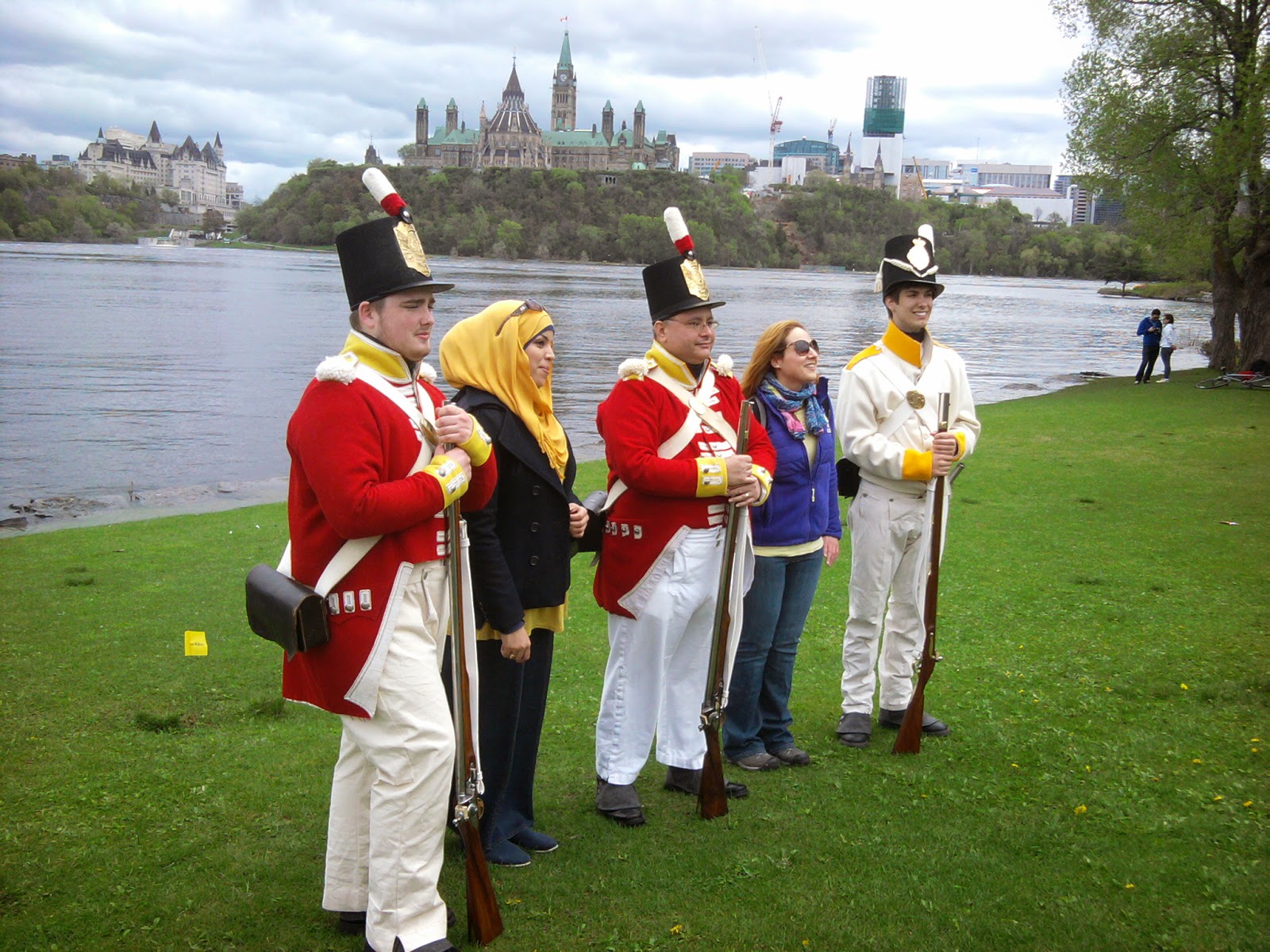 This woman graciously posed for me with the Museum's glass wall as a backdrop. She mentioned that her clothing was typical of northern parts of the country. 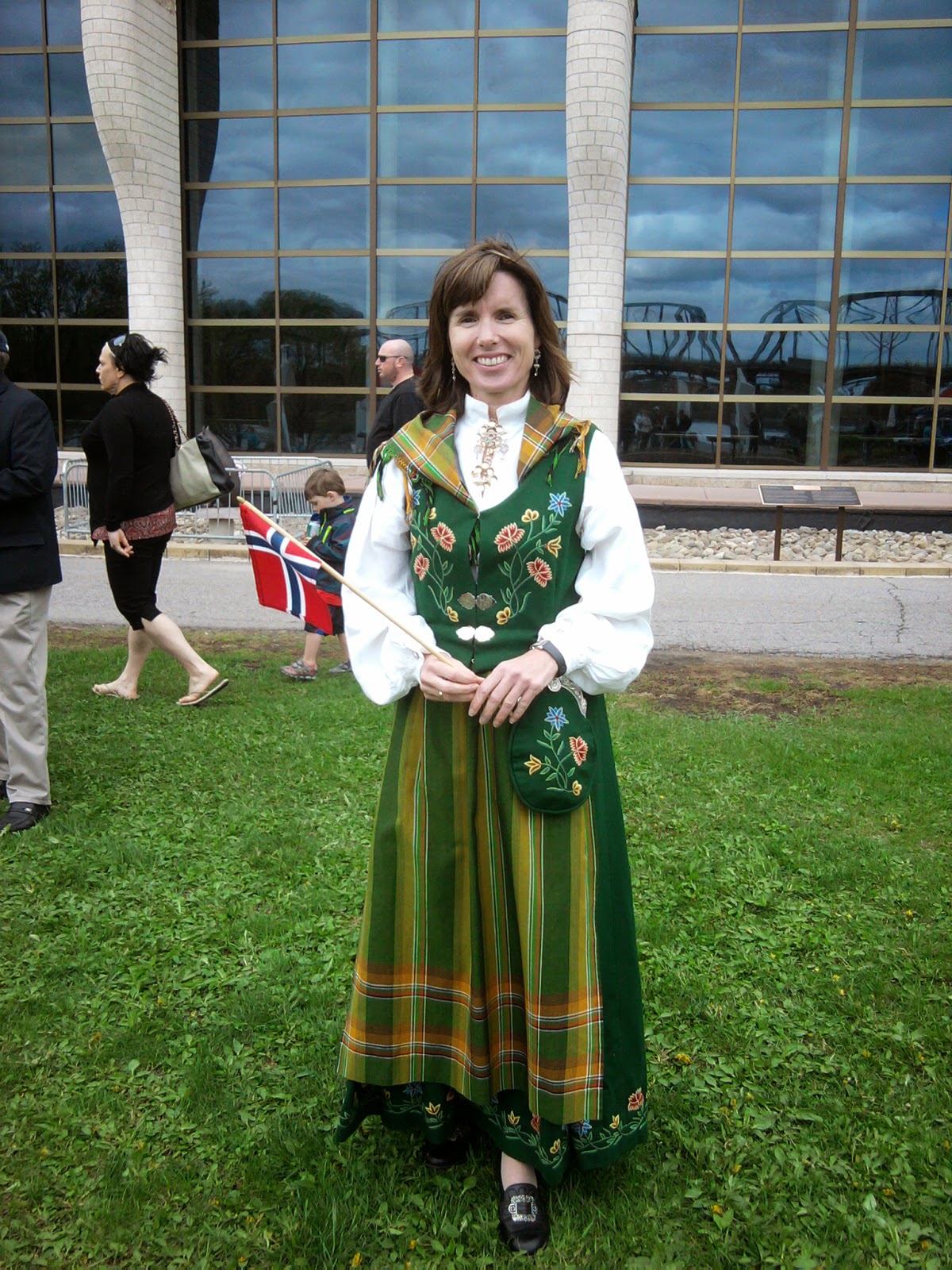 Posted by William Kendall at 6:27 PM