The Park Before, During, And After

A terrific quote from a great writer and a good man. Rest in peace, Farley. The world needs more people like you.

Yes, spring is not merely a rumour here in the Great White North. Central Park is a ribbon of parkland in the Glebe. Before the building of the Canal, a creek would have run through this low ground; Patterson Creek does end further east in the park from here. From here at Bank Street, cutting across the park, this area on the east side still had snow in early April. 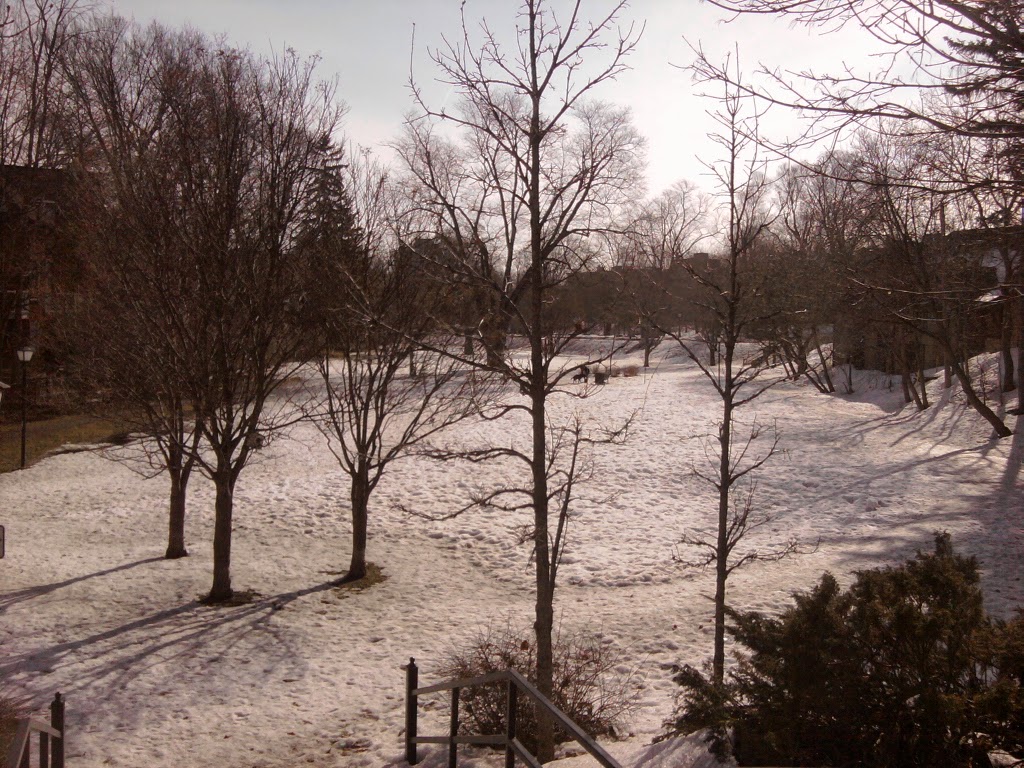 It didn't take long for the snow to start melting as days went by and the sun got stronger. Pools of meltwater started forming on this side. 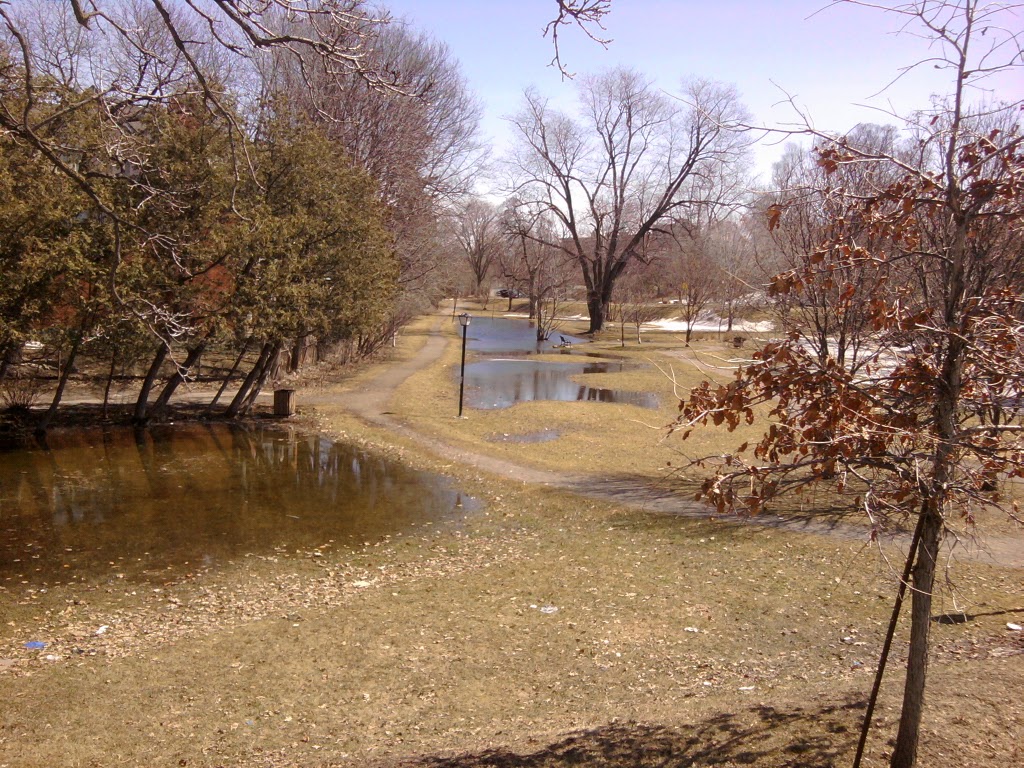 And this shot is from early this week. 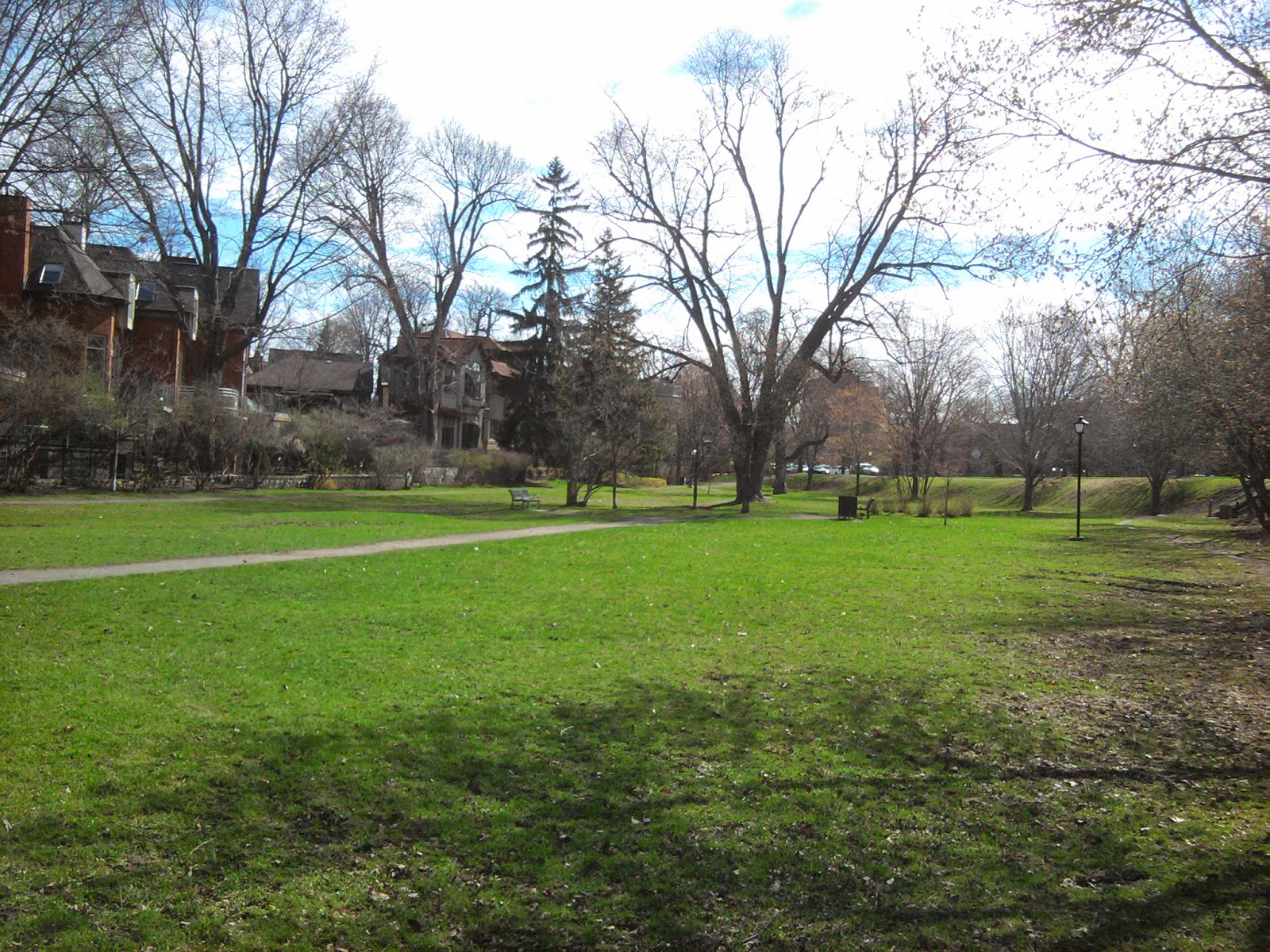 On the west side of Bank Street, we had much the same situation in early April: snow covering the ground, but the early signs of melting already going on. 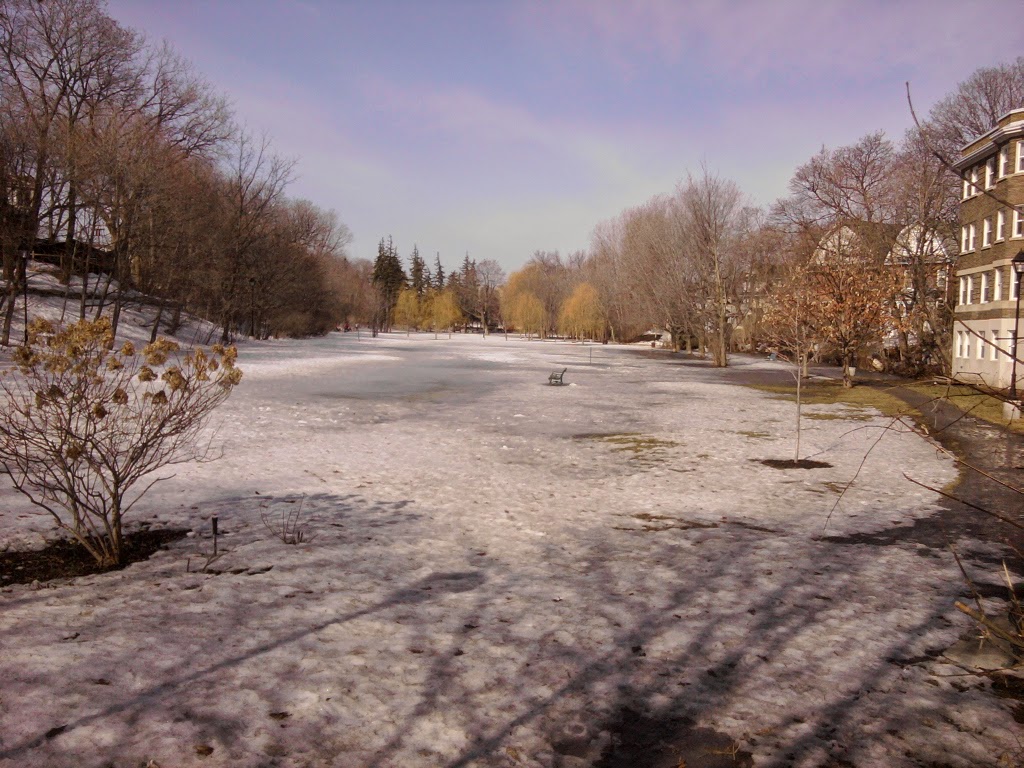 This part of the park is particularly low, so melting tends to create a shallow lake here until the ground absorbs it. 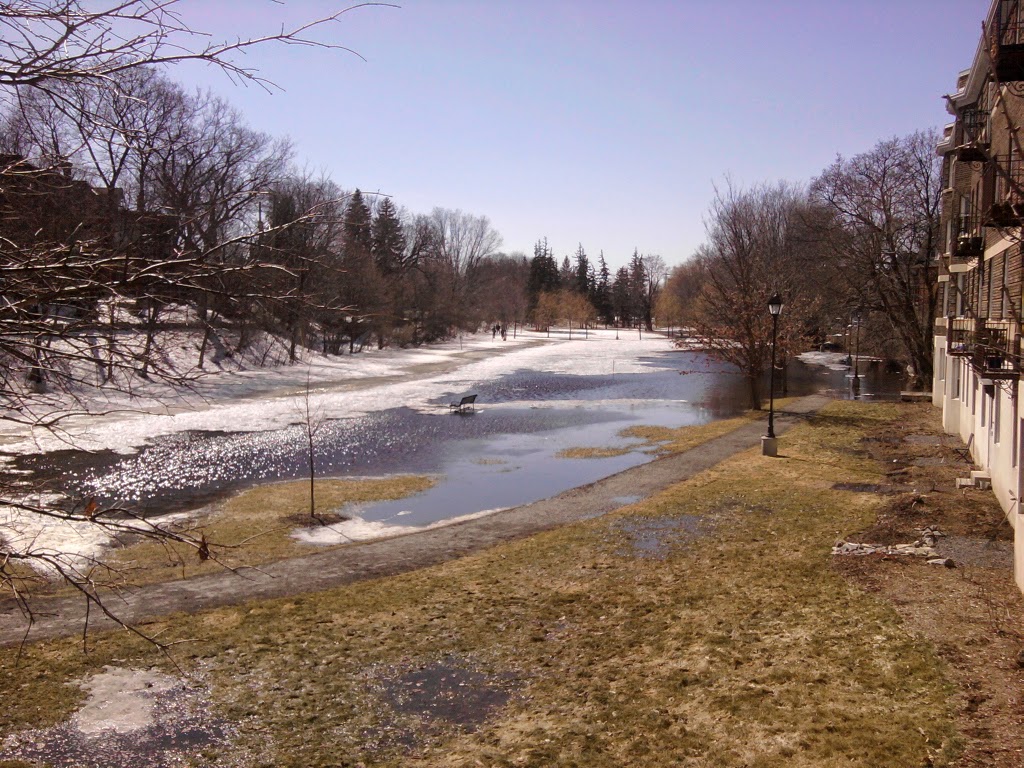 Ducks and geese seem to love it. And dogs can be found splashing their way around what's usually dry ground. 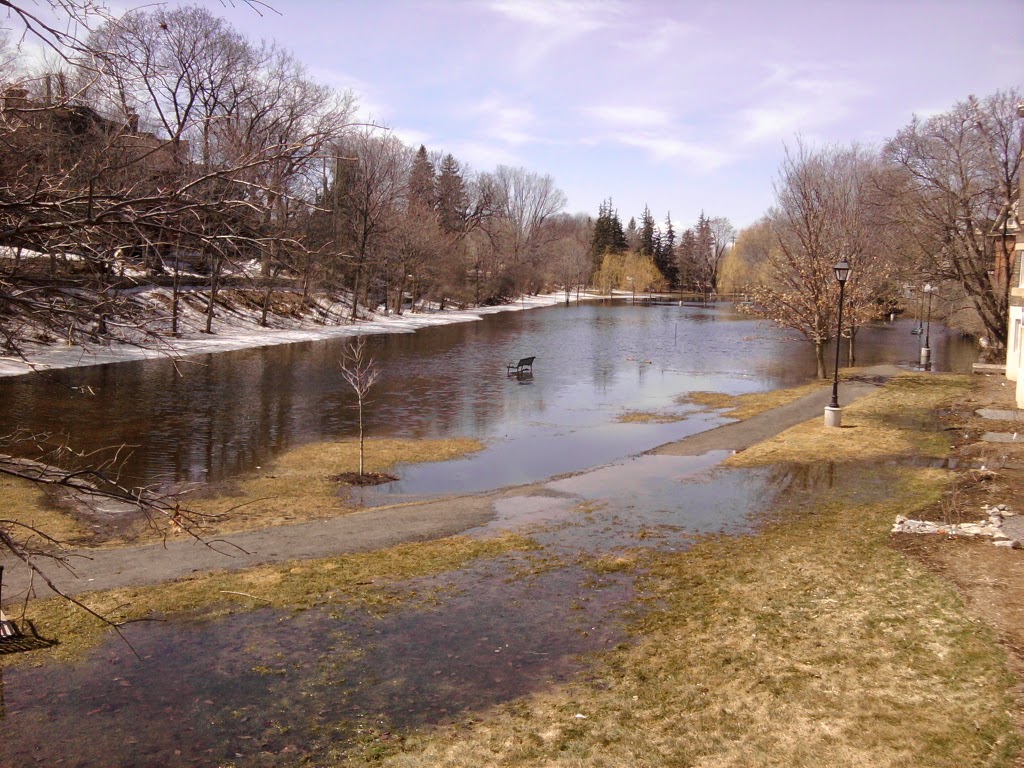 What a difference time makes. This shot was also taken earlier this week. 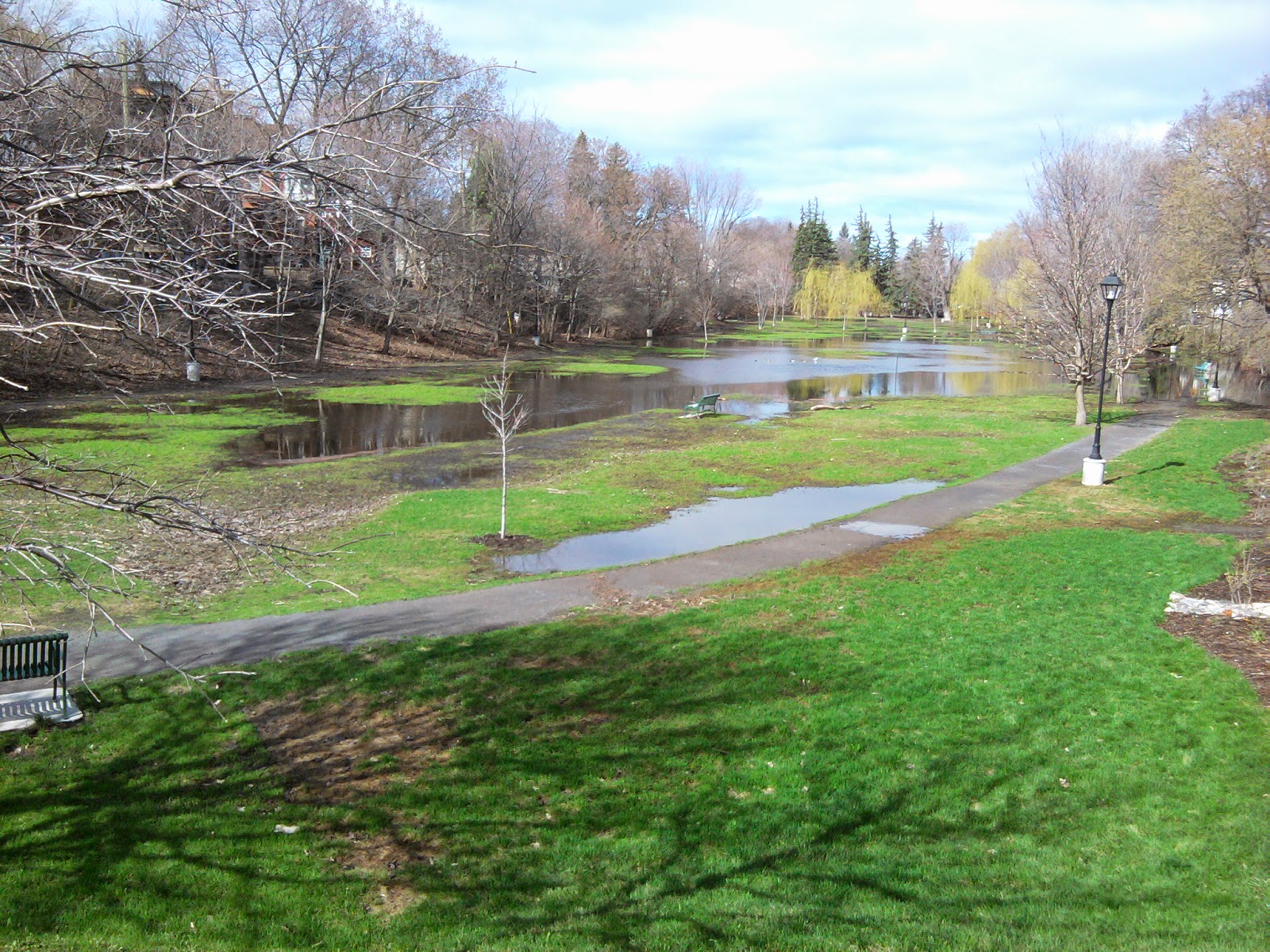