Britton's is a newspaper and magazine shop in the Glebe. As of late, they've had something unusual in the window. The Mayor of Toronto, one Rob Ford, has put out bobblehead ornaments to fundraise for his re-election campaign. If you've been hiding under a rock for the last three or four years, this Mayor is an incompetent, unfit for office, alcoholic, crack smoking, misogynistic, drug addict with horrible judgment, an inability to learn from mistakes, profound bigotry, and a raging temper. He's dragged his city and the country through the mud every single time he has opened his mouth. I firmly believe this man is the stupidest human being on the planet (with his enabling brother coming up close behind), and I yearn for the day when their bloody circus is finally and permanently removed from public life, whether that comes from defeat at the polls or a high profile arrest. Just this week the colossal moron took a break to "get help"... though I find it dubious that he's actually checked into rehab just based on his word alone- the man's a habitual liar, after all. A few days back, I posted another day in the life from his point of view over at my writer's blog. Now, his bobbleheads don't even look like him- they're a lot slimmer, have more hair than he does, and have expressive, jovial faces. Britton's isn't stocking his bobbleheads. The ones they have in stock are a parody item, and while they might still be too slim and have more hair than the real thing... the bottle of booze, the crack pipe, and the dazed, confused, and stoned expression is pure Rob Ford. 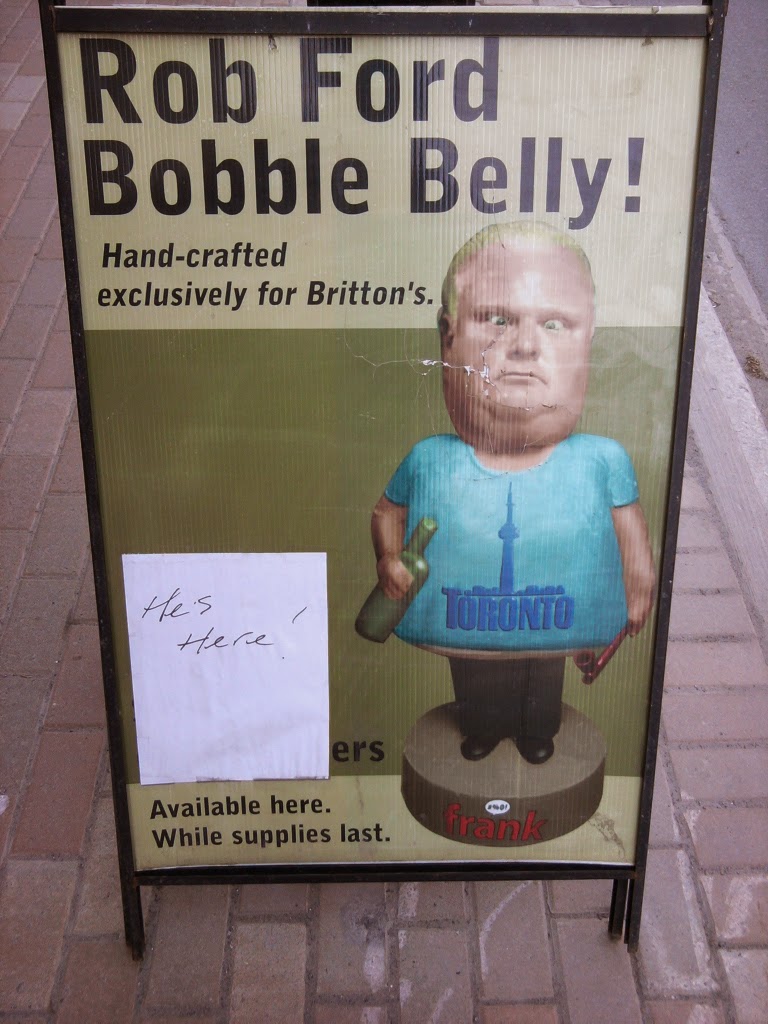 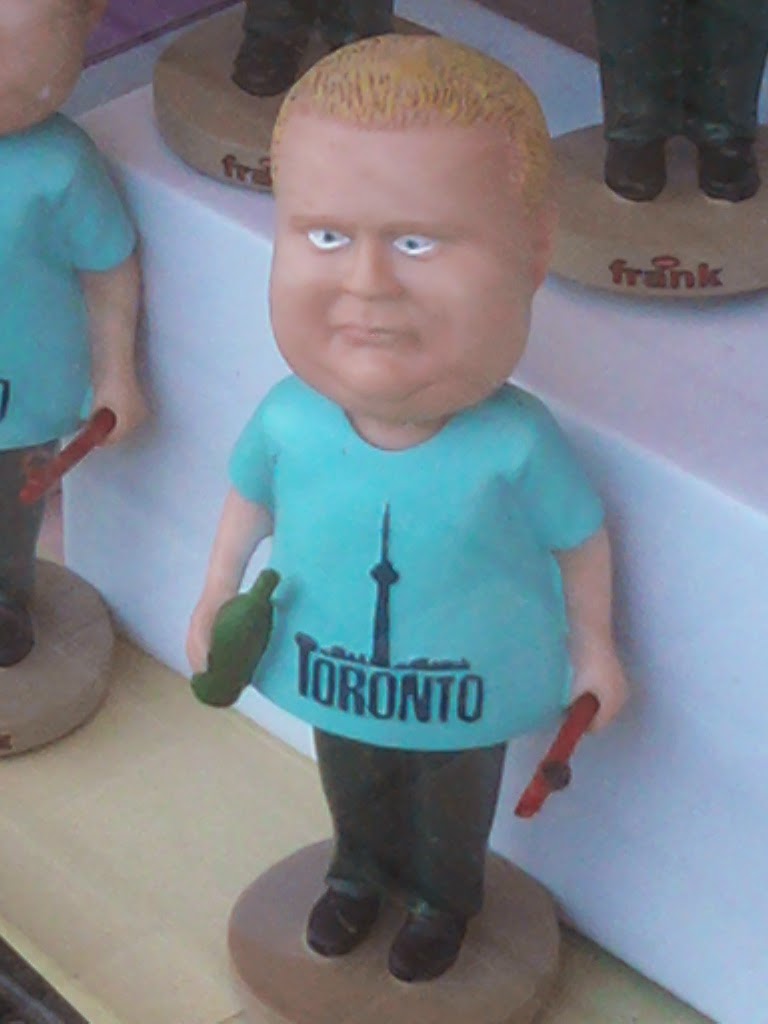 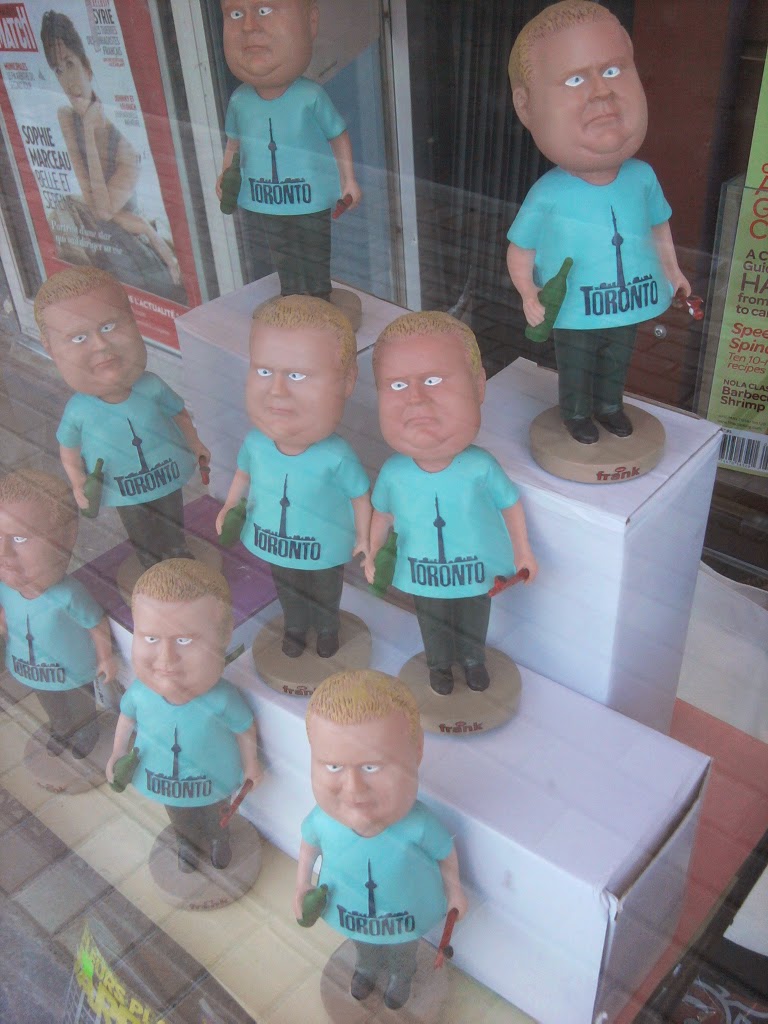 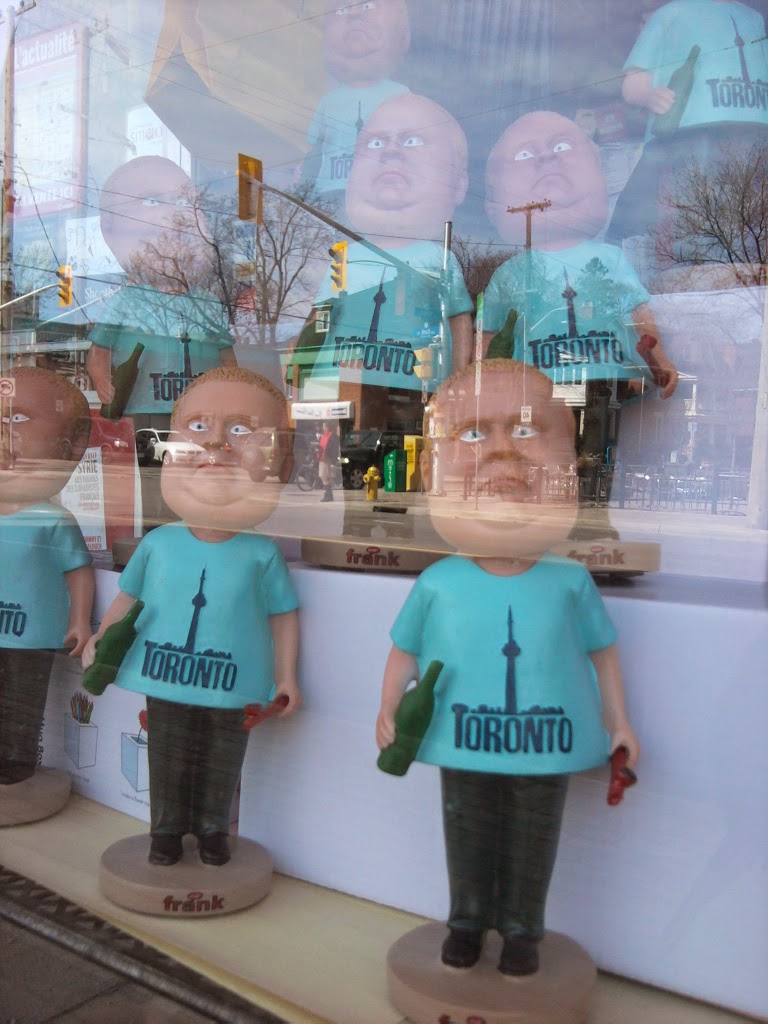 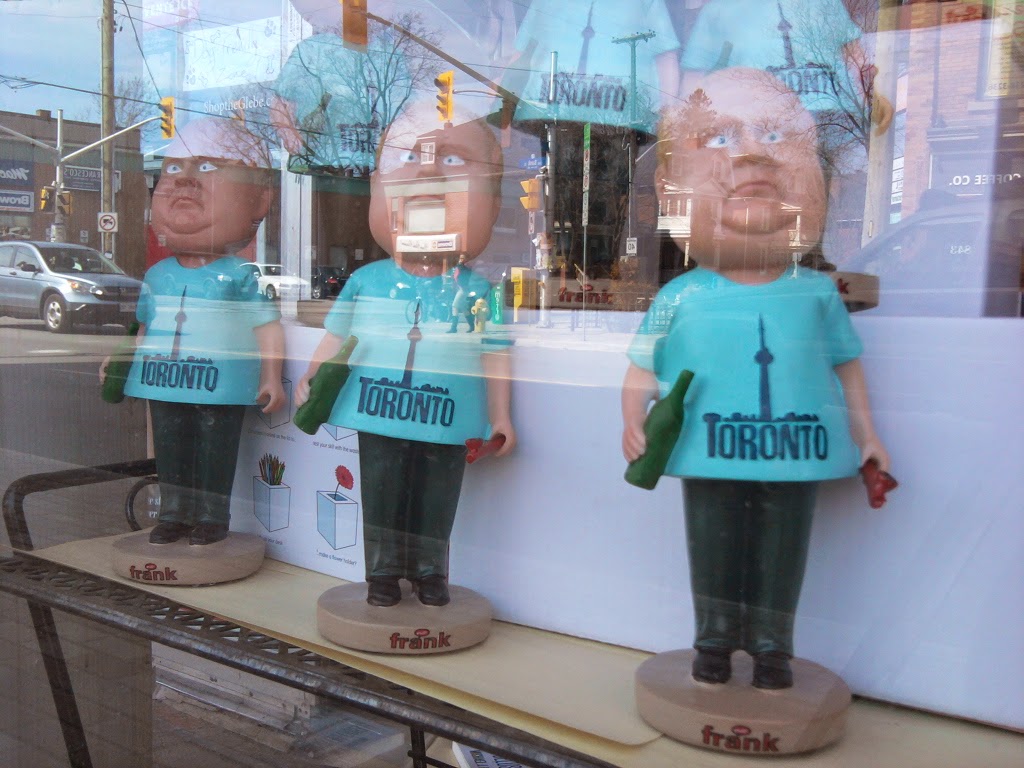