In 2019, the Ice Dragon Boat Race returned to Winterlude again on Dow's Lake. I was down on a sunny day during the weekend it was held and found one of the heats being prepped for the various teams that take part in this bit of fun lunacy. 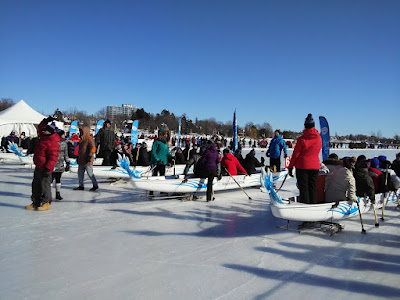 As is the case with the summer version, there's someone sitting in front of the boats, with a team of rowers (well, using sticks instead of oars). At back is the last crew member steering the whole thing. The summer version of the races is well established in Ottawa, and the winter version has become a popular addition to Winterlude. 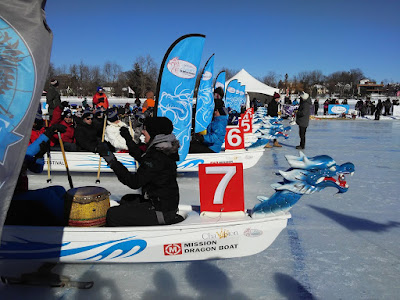 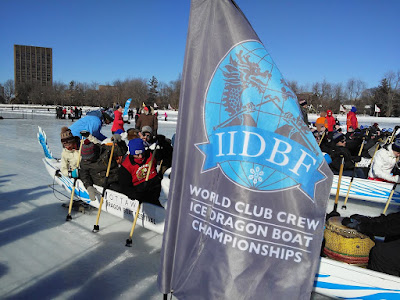 And they were off, the rowers using their sticks to propel the boats, mounted on skate apparatuses, across the ice. 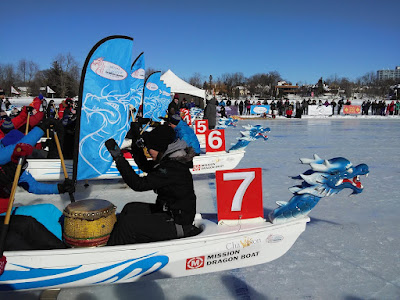 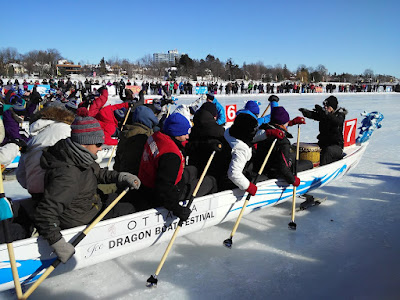 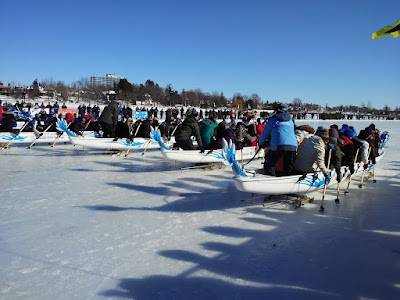 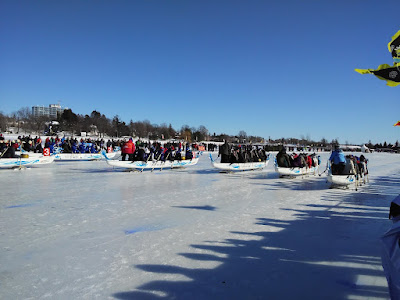 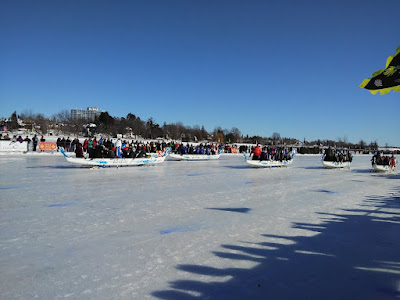 I headed down the ice. 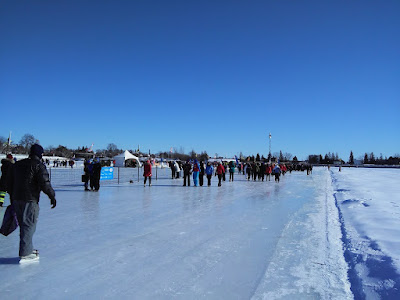 At the far end the boats are turned around and the next set of teams are called in for the next heat of the races. 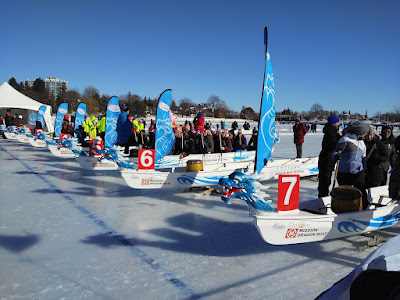 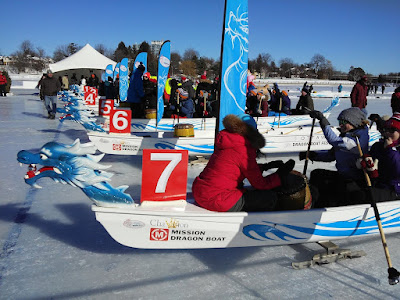 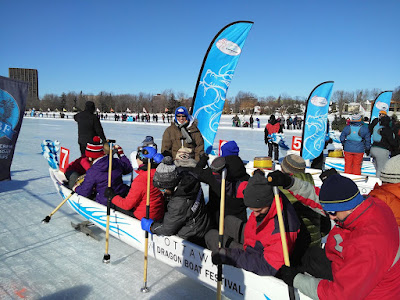 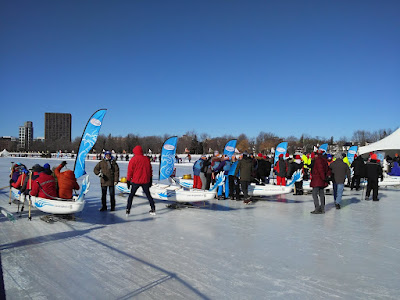