The first day of each month is a theme day for members of City Daily Photo, and for April that theme is Symmetry. Check out how other members are interpreting the theme right here.

I am going for symmetry in architecture with this theme, and in particular Art Deco, for which symmetry is an integral part of the style: an imagined line down the centre of an Art Deco building means that both halves are a mirror image of each other. In Ottawa, the best example of Art Deco is the Supreme Court of Canada, which lies downtown west of the Parliament Buildings. I came by on a cold day early in March, photographing first from the street, with bike racks lining the property. I wondered if I could get onto the grounds- the racks were a leftover from the time of the occupation of the downtown core by the trucker "protesters". As it turned out, one driveway onto the property was open at the east side. 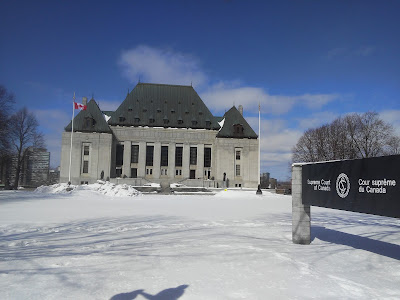 The building was constructed starting in 1939 for a new quarters for the Court, and started hearing cases in 1946. A cornerstone was laid by Queen Elizabeth (the Queen Mother) in 1939, and the architect for the project was Ernest Cormier, who favoured the Art Deco style, with exterior elements mirroring each other. Though the style is different from the Gothic style of the various Parliament blocks, the Court compliments that style well. 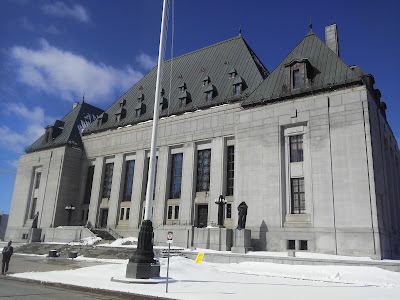 Two flagstaffs out front bear flags. The Canadian flag is always flying on the west one, seen below. The one on the east side, seen above, only bears a flag when the court is in session. 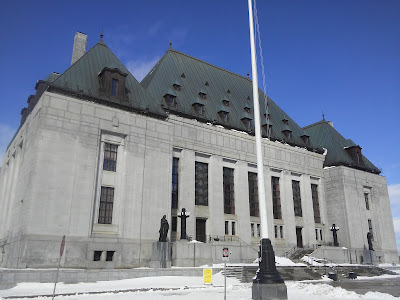 One statue is on the grounds in front of the building. Prime Minister Louis St. Laurent served in that role from 1948-57, and came into politics late in life. A lawyer beforehand, he would have been an ideal Supreme Court justice had he not been drafted into the cabinet of Mackenzie King, his predecessor. He looks eastward towards the Hill, and while he's alone out here, his placement on the grounds of the Court seems appropriate. 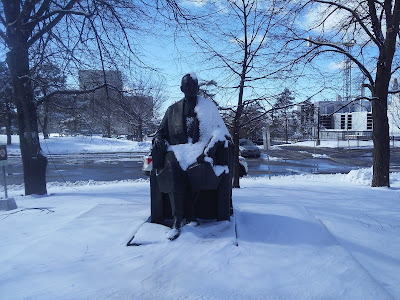 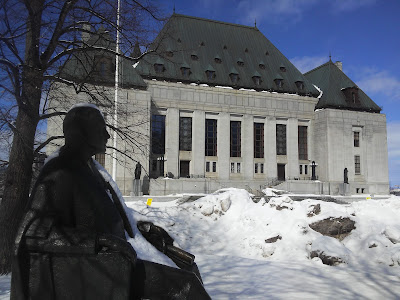 Some symmetrical views. Note the two statues, and the large lamp standards flanking the stairs. Even the windows mirror their counterparts on the other side. 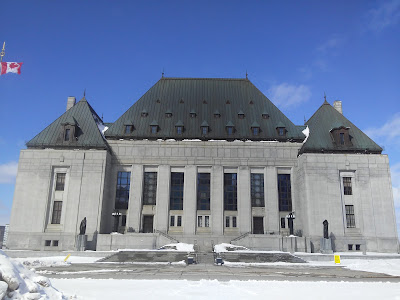 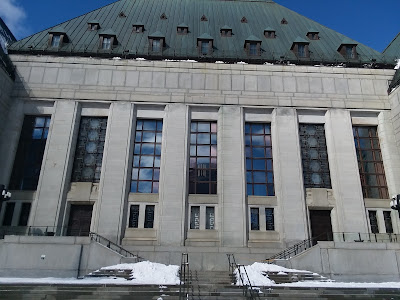 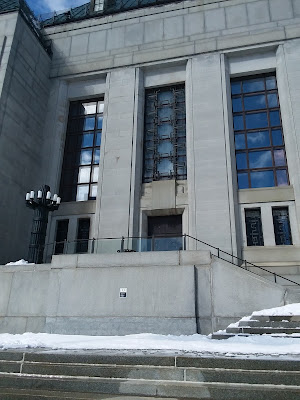 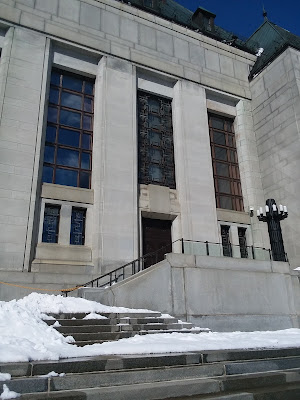 The statues are allegorical in nature, and not a mirror image, but close enough in theme. Truth and Justice flank the entrance, and are both works by Walter Allward, whose work also includes the monumental Canadian National Vimy Memorial in France. 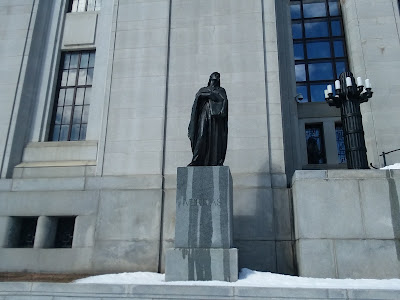 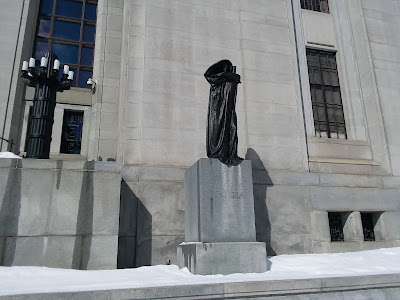 One more look from the east side. I really need to get back inside sometime and show you a tour of the place. 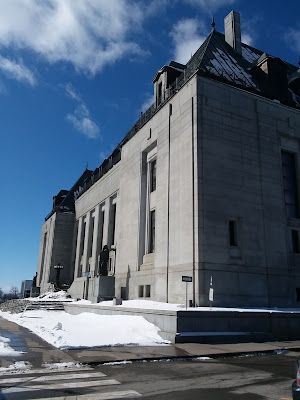