Turning to Winterlude 2020 today. Little did we know that this was the last festival before Covid really shut things down and there wouldn't be much of a Winterlude for two years. The big ice sculptures were moved out to the Sparks Street pedestrian mall that year, still a puzzling decision. While this street has hosted smaller sculptures for years, it doesn't seem an appropriate place for the big ones (I'd vastly prefer them to be in Confederation Park, but the Byward Market as they were in 2019 wasn't a bad location). Besides, I know of someone who works high up in the group that runs the pedestrian mall's business organization, and she must do her job better than raising her son (the son's a juvenile delinquent, asshole, and mouthy punk who will inevitably spend his life in and out of prison).

That's beside the point. The other problem in 2020 was that the big sculptures weren't sheltered, and this ended up wrecking havoc on the sculptures as the festival went on. I hope Winterlude organizers keep this in mind for the future, regardless of where the ice sculptures end up next year.

This first one in process was of Louis Riel, the Metis leader who was hung for treason, but is considered today a Father of Confederation, as he was the founder of Manitoba. 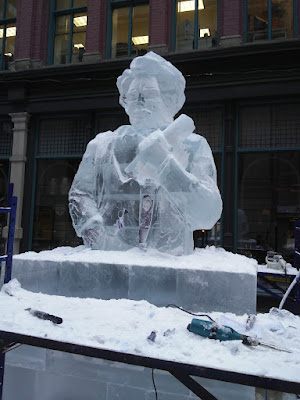 Others in process. People enjoy seeing the carvers at work. 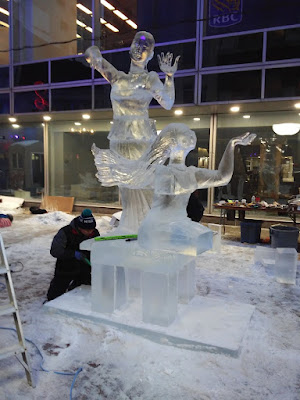 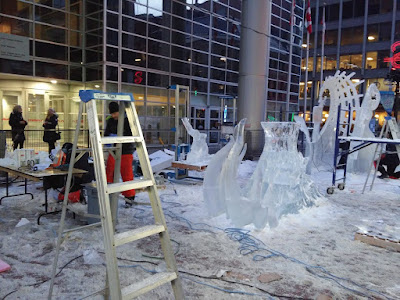 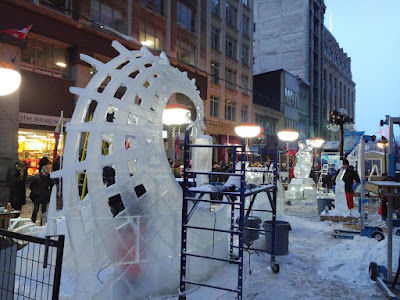 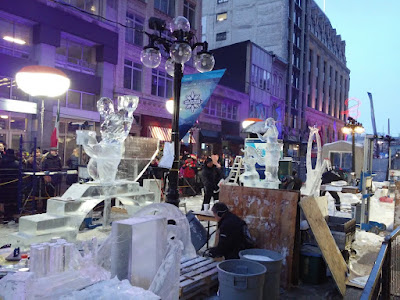 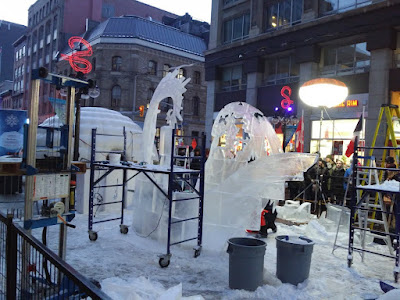 This mastodon, which incidentally is a different animal from a woolly mammoth, was lit up when I visited on another evening. 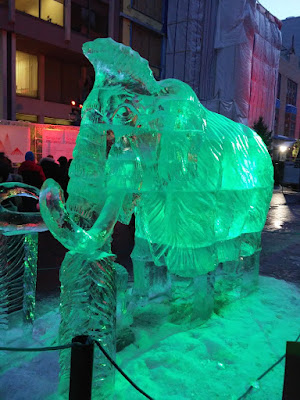 Smaller sculptures had also been built. 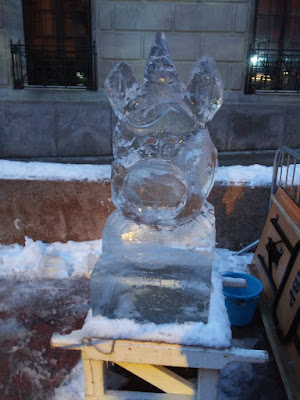 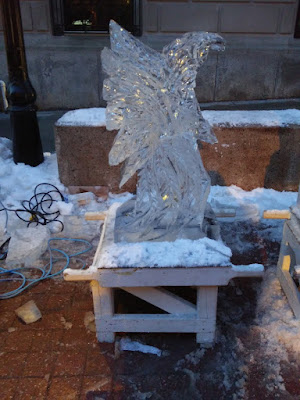 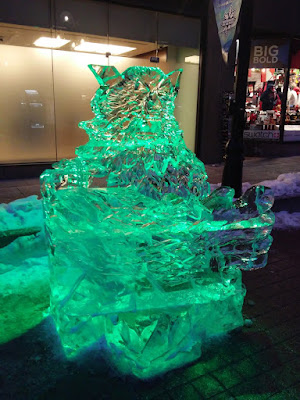 Here was Riel, lit up. 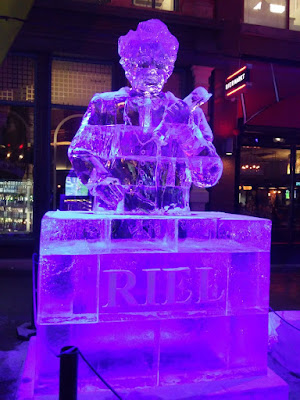 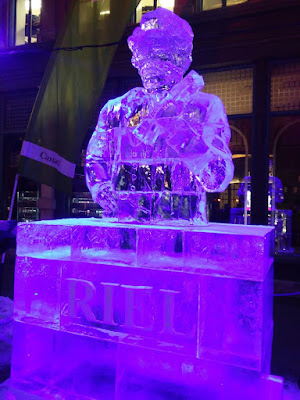