The Glebe has for several years participated in Winterlude with the erection of snow sculptures down Bank Street through the neighbourhood. In 2020, animals were the theme again, including a walrus. 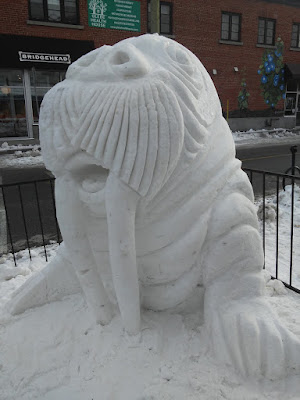 This one was a wolf. 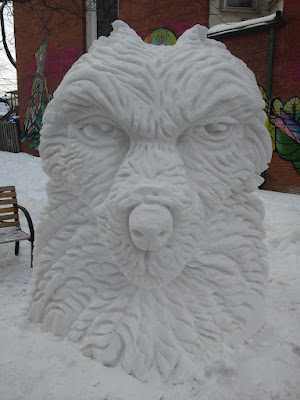 A penguin pair was here. 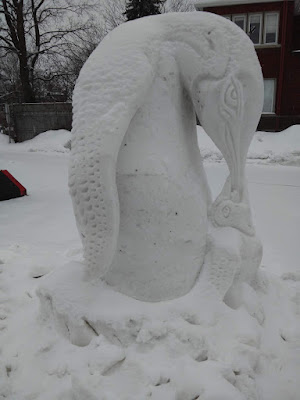 At Lansdowne Park, a Canadian lynx was erected. 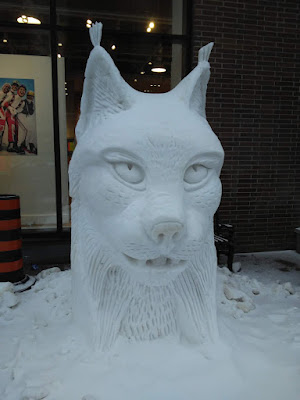 And at the north end of the neighbourhood, a white-tailed deer. 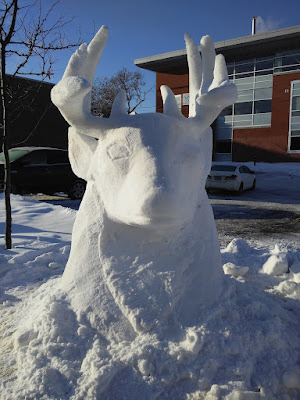 In the Byward Market that year, an interactive display was made which had the lights change as you walked around it. 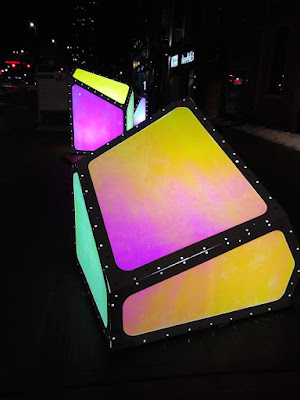 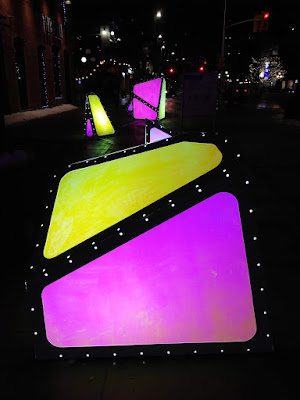 On Sparks Street, you could walk through this, and lights would shift and sounds would echo with you. 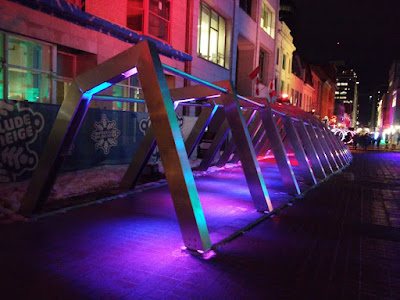 This installation depended on sound. You'd whistle, for instance, as I did, and the light would spiral down the length of the coils. 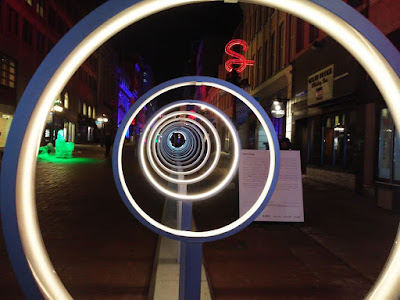 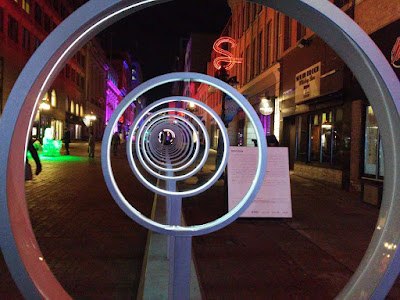 Ice benches were erected on the street too during Winterlude. Given that Covid was about to shut the world down at the time, I doubt this book festival to be held in Frankfurt ever happened. 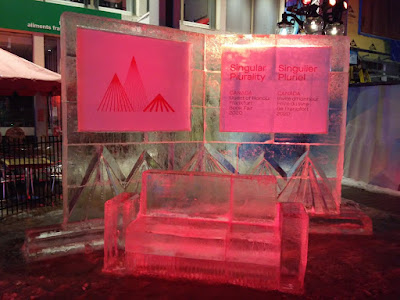 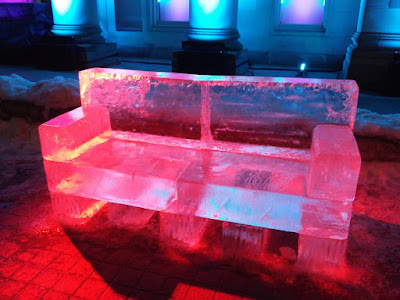 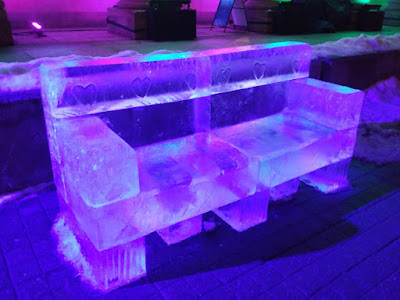