Carrying on where I left off yesterday with the works of Leslie Reid and Robert Kautik, this is the centrepiece of a three panel painting by Reid titled Into The Ice:  Bellot Strait, Sailing West, Looking South West. Bellot Strait is one of the most treacherous parts of the Northwest Passage. 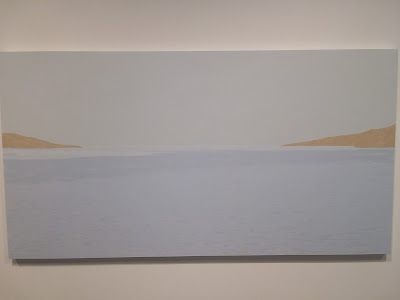 This is the set as a whole. 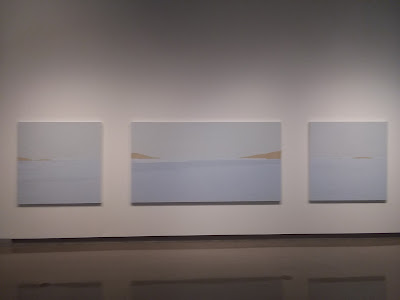 A formidable photograph by Kautik. 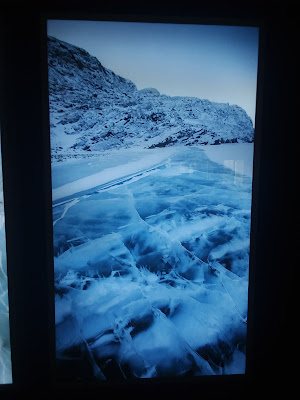 And a larger look at this space to close things out. 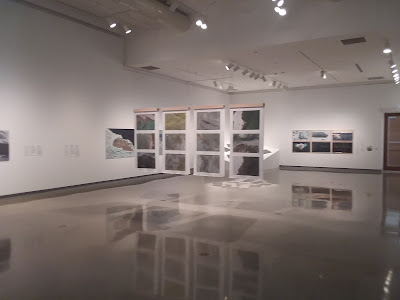 The next gallery down featured a contemporary artist's comparison works with older works in the city's permanent collection. This is one of those older works, by Alan Collier. Terra Nova National Park, Newfoundland dates to 1970. 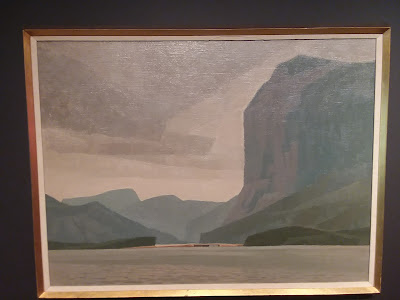 The contemporary artist is Don Kwan, whose family background is Chinese, and who works in a mix of mediums- blending a lantern of his background with the great outdoors of Canadiana, for instance, as seen in these photographs. The set of photographs is collectively titled Landscape And Loss: Winter, Spring, Summer, And Fall. 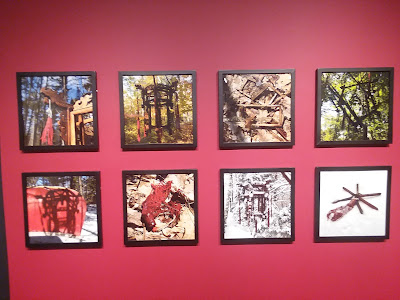 A.J. Casson of the Group of Seven painted Lake Kashagawigmog, Haliburton in 1925. 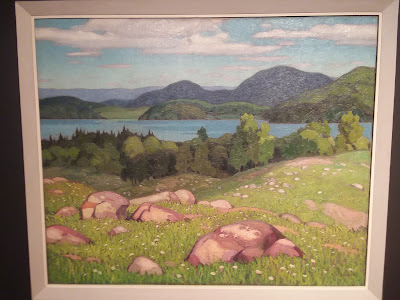 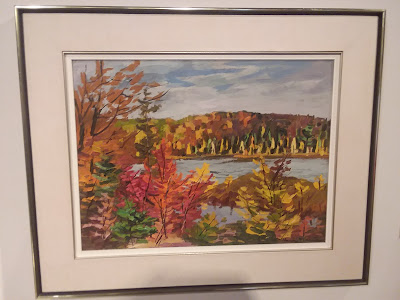 Kwan's response is this multimedia work, Lantern In Decline. 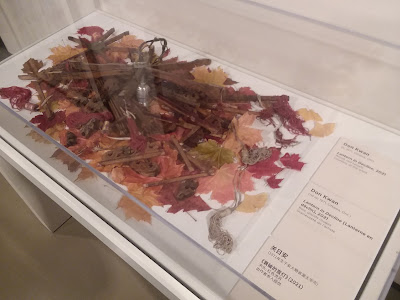 Here we have Sunlight In The Forest by Emily Carr, circa 1912. 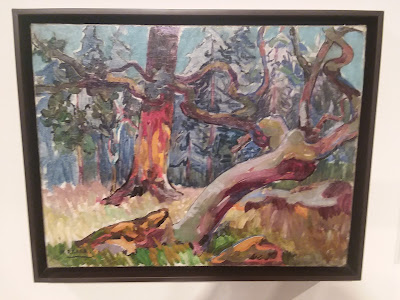 Woods By The Lake, Muskoka is by Paraskeva Clark, from 1968. 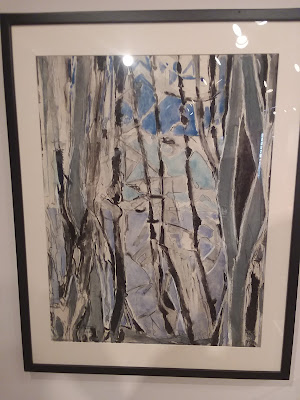 High Water, Bancroft is a 1933 painting by Yvonne McKague Housser. 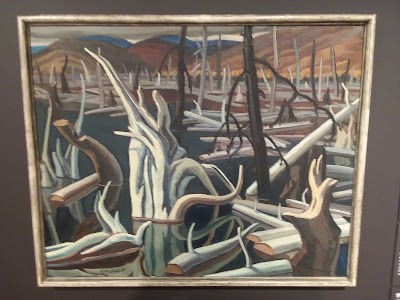 And Lawren Harris of the Group of Seven painted Mount Thule, Bylot Island in 1930. 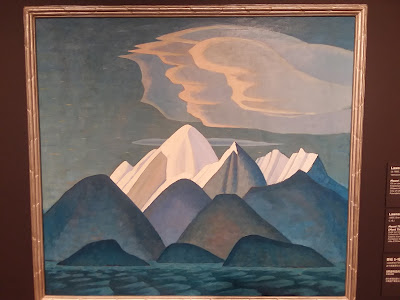