With summer upon us it was time to switch out my header. The new one was taken last summer at Richmond Landing on the Ottawa River, upstream from Parliament Hill.

The Ottawa Art Gallery lies at the edge of Sandy Hill. This city gallery hosts a rotating series of exhibits. Several years ago a new home for the place was built. It was moved out of its quarters within Arts Court- to which it is still connected- and into a new building as part of an expansion partnership that also saw the building of a hotel and University of Ottawa space for their theatre program. Approaching from the west, I took these shots. The two 19th century buildings are a former courthouse and a former jail. Today the courthouse is home to Arts Court, a multi-organization artistic centre, and the former jail, the Carleton County Gaol, is a hostel. Beyond, the white cube structure is the Ottawa Art Gallery. I came for a visit a few days ago. 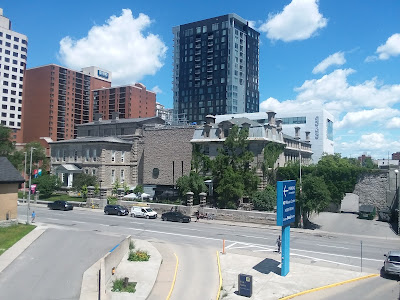 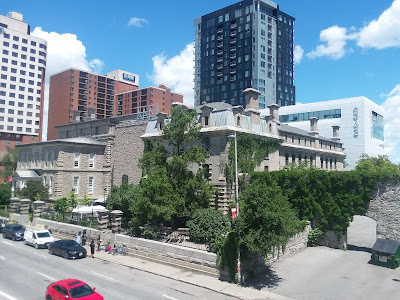 Approaching one of the main entrances gives us this view. 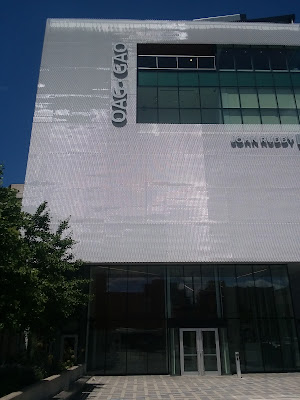 Inside, an oversized version of Algoma Landscape by Franz Johnston of the Group of Seven. The city has a good collection of the Group's work. 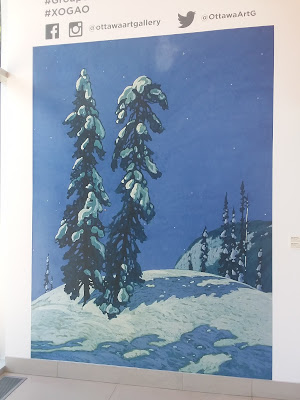 Across from it, a work in progress, with the soft hum of a machine in motion drawing the ear. The Life Of A Building is a work by Greta Grip and Lee Jones, a knitting machine that is steadfastly creating a textile fabric over the course of the year, based on the presence and interaction of visitors. 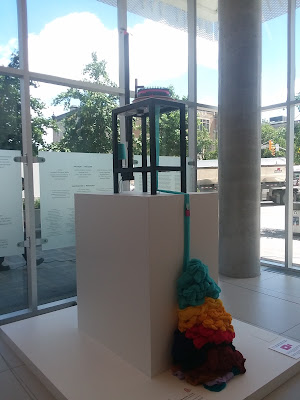 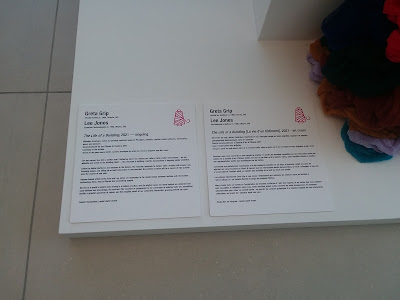 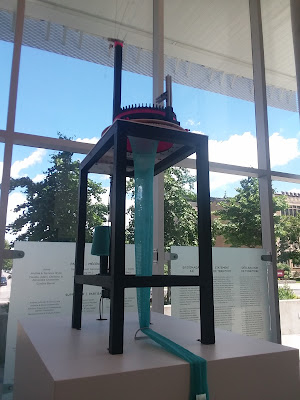 Upstairs I went to one of the gallery spaces. Here was an unusual work, a commentary in three dimensions by Yinka Shonibare. Mr. And Mrs. Andrews Without Their Heads is a 1998 work that reinterprets a painting by Thomas Gainsbourough that resides in the National Gallery in London. 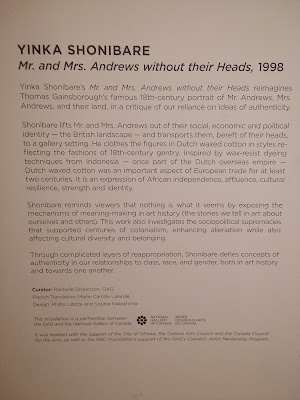 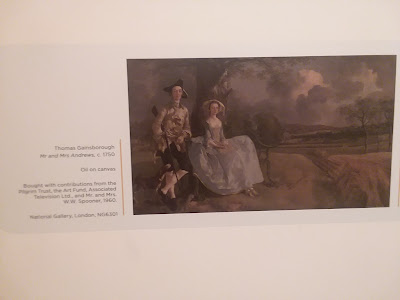 And here's the reinterpretation, done in full size- just without the heads. Odd, but it works. 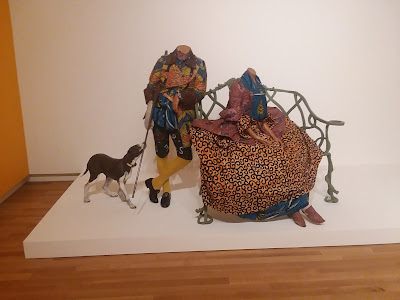 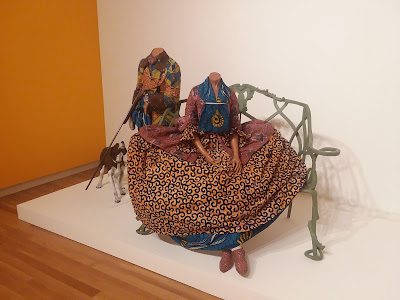 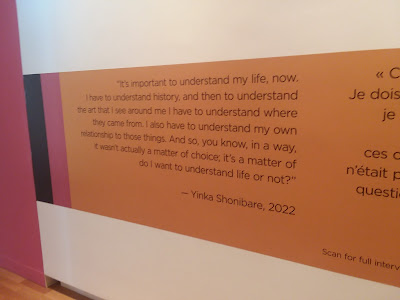