More today from Major's Hill Park during my time there. 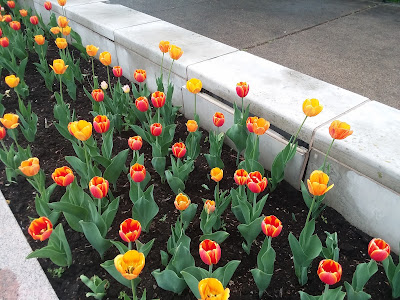 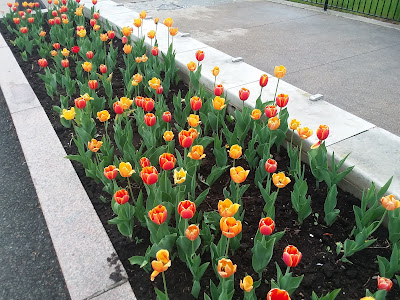 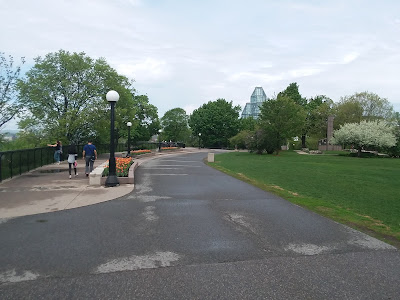 Along the path, some tulips were growing in among other plants. The work of squirrel gardeners, perhaps? 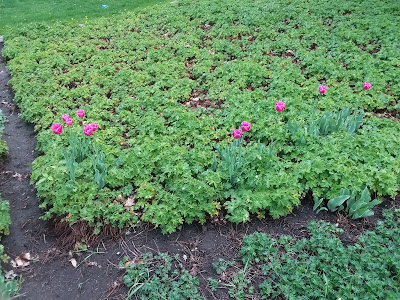 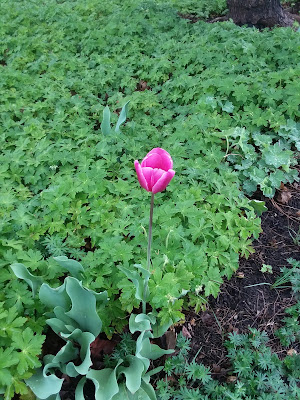 The last of the big beds in this park extends eastward away from the statue of Colonel John By, who can be seen in the distance here. 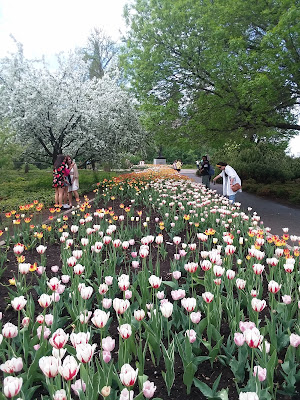 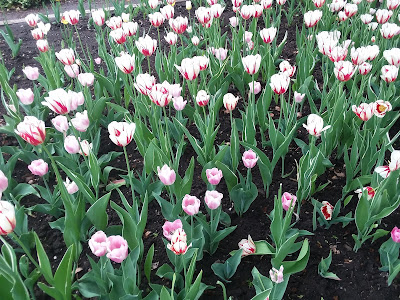 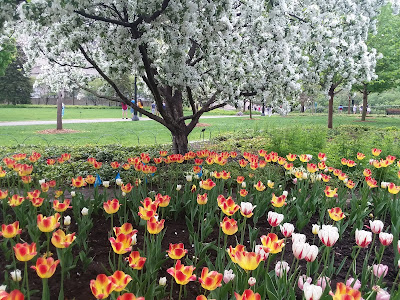 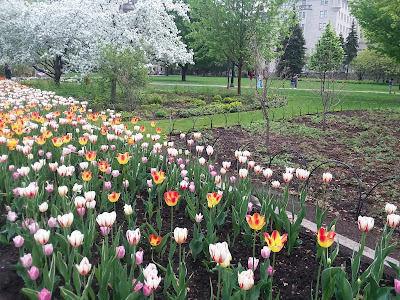 And here's how it looks from the other side, with the Colonel looking steadfast to the west. 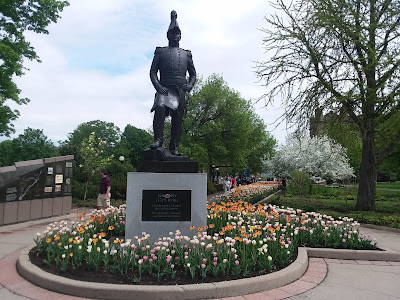 Departing from the park, I headed down into the Byward Market, where planters containing tulips were found in an area of courtyards populated by restaurants. 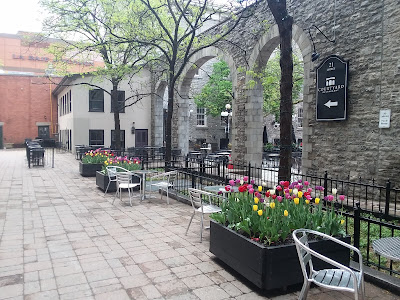 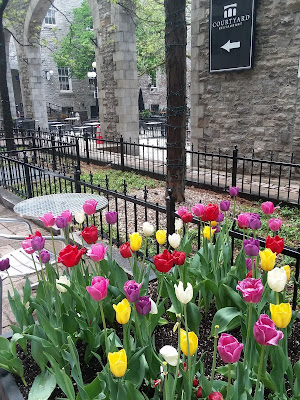