Flower Heaven At The War Memorial

Flowerbeds line around the bushes that in turn line around portions of the National War Memorial, which stands in the heart of Confederation Square. Tulips were found in those beds. 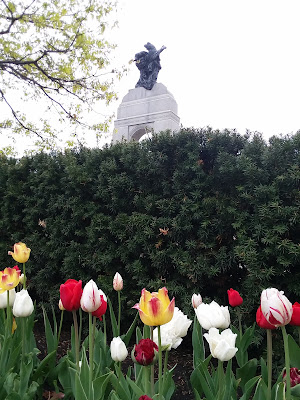 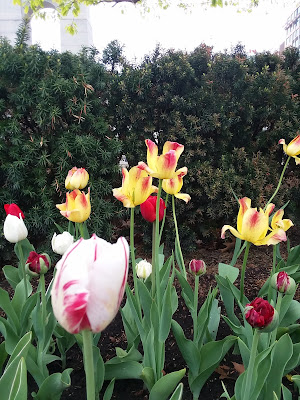 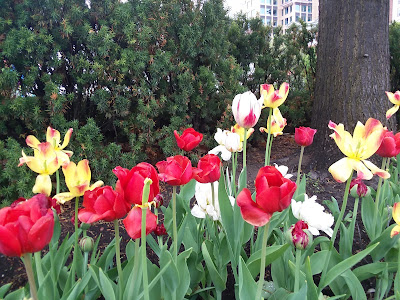 The Memorial was dedicated in the months leading up to the Second World War to commemorate the fallen of the First World War. It has since been reconsecrated to commemorate those of all conflicts and military service in Canada. 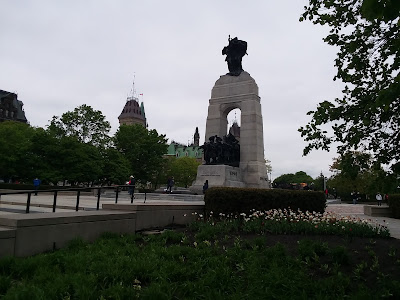 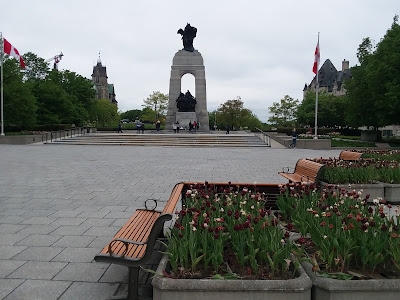 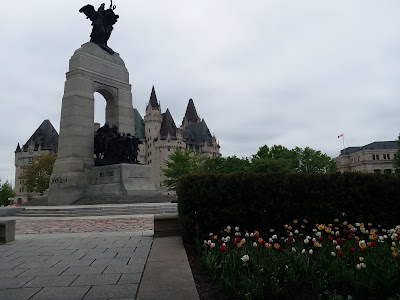 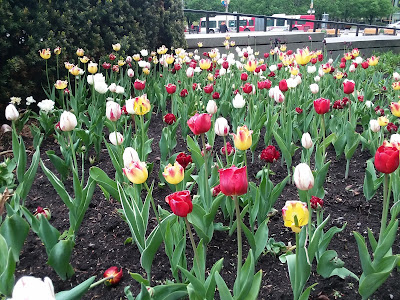 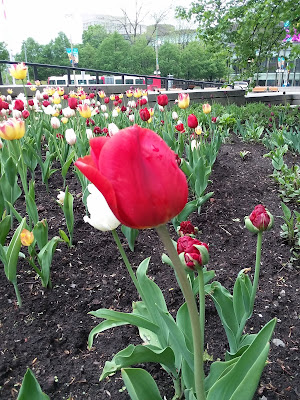 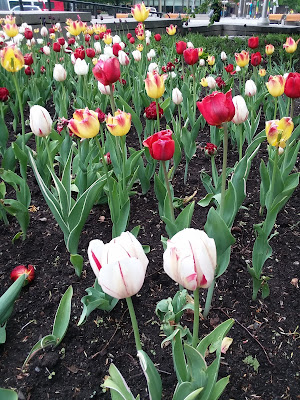 At its base is the Tomb Of The Unknown Soldier. A Canadian soldier who fell at the Battle of Vimy Ridge in the Great War, his name may be unknown, but he rests in the most sacred ground of the nation. 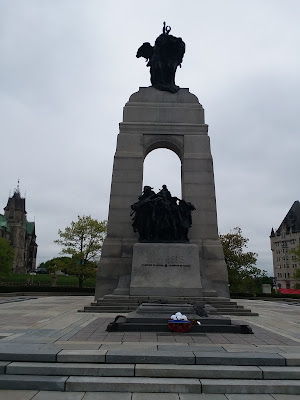 The day before I was here, Prince Charles and the Duchess of Cornwall had been in the city, and had placed a wreath and flowers at the tomb. 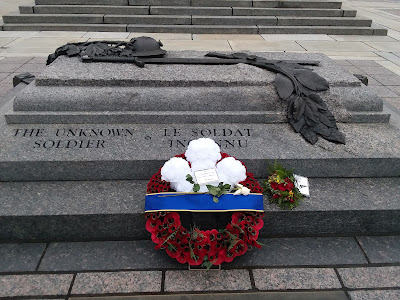 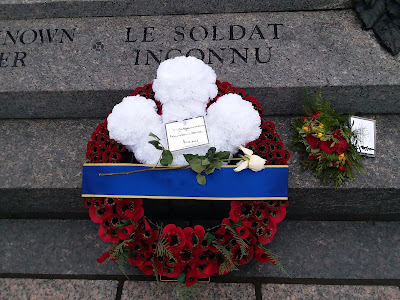