Gordon Fennell survived the war with a whole lot of luck, being one of those who made it back from the Dieppe disaster, serving in the Italian campaign and the liberation of the Netherlands. 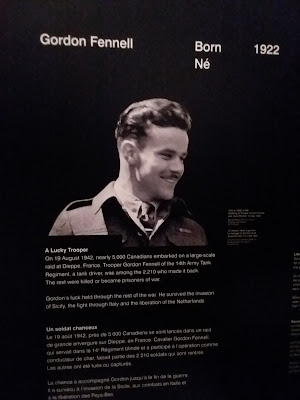 He even survived his tank getting blown up- thanks to personal items he had with him- dress shoes. They're on display here. 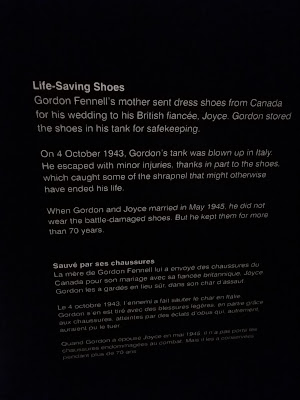 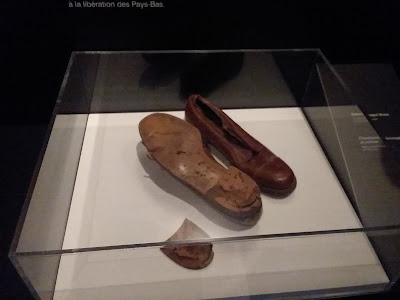 John Mahony went to war, leading as an officer and winning the Victoria Cross for extraordinary bravery in the Battle of the Melfa River. 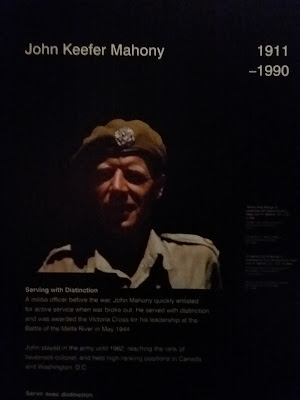 His Victoria Cross and the rest of his medal set is here. The cross was personally presented by King George V. 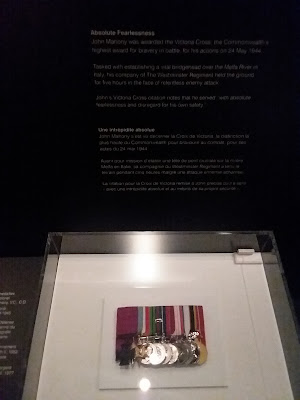 Charles Comfort was a commissioned war artist, embedded with the Canadian military. He painted The Hitler Line in 1944, depicting the ferocity of the Italian campaign. 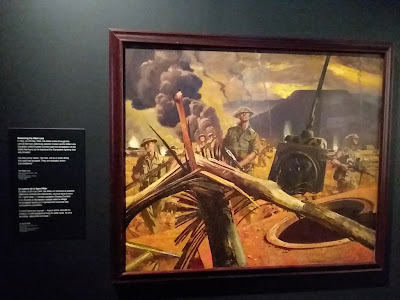 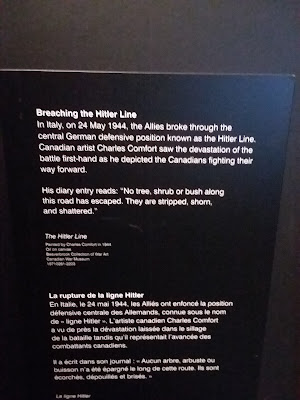 Families went to war. Thomas Courtenay fought in the Great War. His daughter Irene served in the Second World War as a nurse. 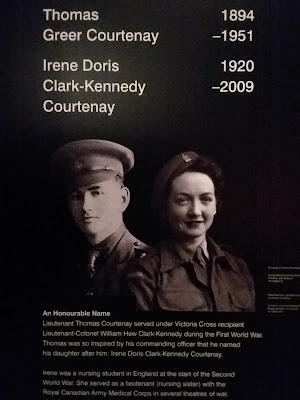 And families would be forever marked by war. A mother displays a framed set of photographs of three sons who died in combat. 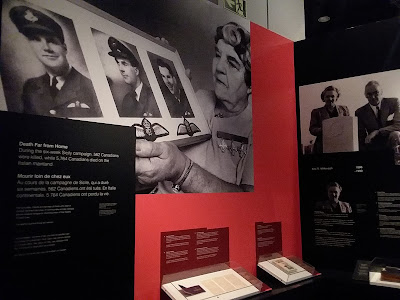 Alta Wilkinson lost her son in the war, and channeled her grief into working with veterans and their families. 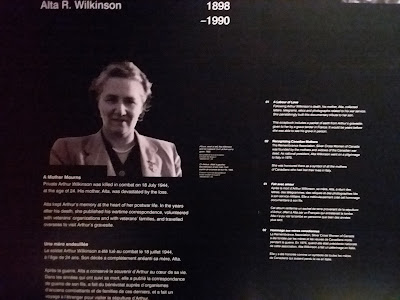 A scrapbook with mementos of her son's life is side by side with a certificate from an Italian town naming her an honorary citizen. 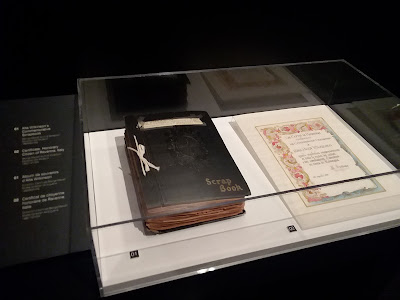