Continuing on today, we begin with River Landscape With Cattle Watering And Ferry Boat, a painting by Thomas Gainsborough dating circa 1754-56. 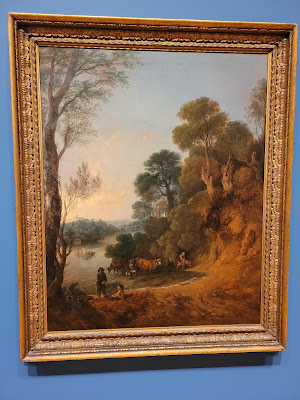 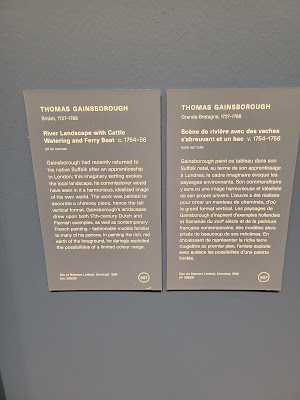 Another landscape by another British artist: Rome From The Villa Madama dates to around 1765, and is by Richard Wilson. 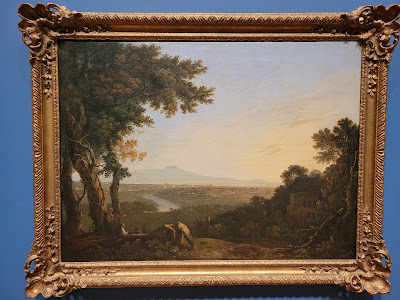 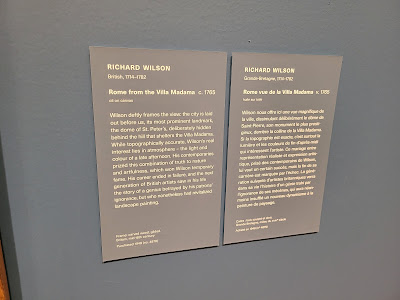 Another painting by Gainsborough, this one a portrait. The Reverend William Stevens is from 1780. 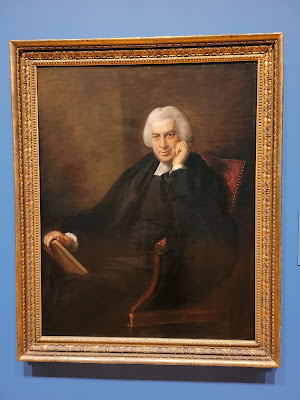 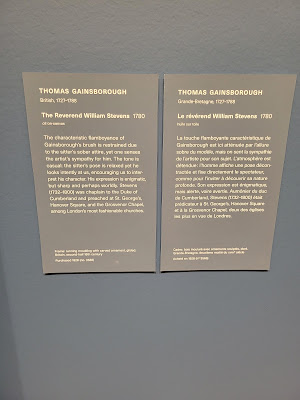 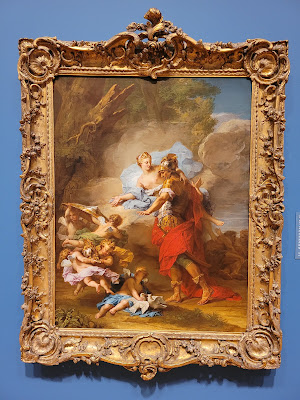 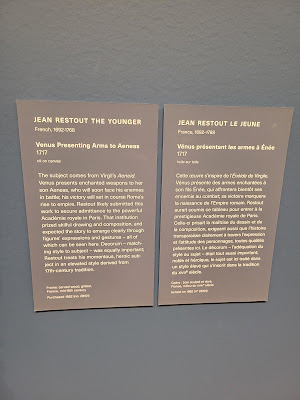 Garden Of An Italian Villa is by Hubert Robert, from 1764. 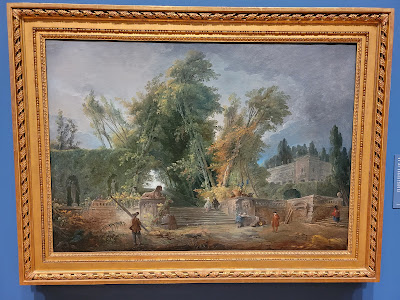 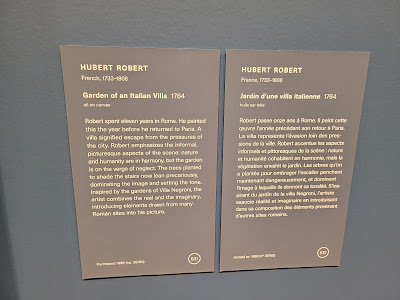 And I conclude today with one of the most dramatic paintings of the Gallery's collection. The Death Of General Wolfe is a 1770 painting by American artist Benjamin West, depicting the dying British general at the Battle of Quebec. West painted other versions of this, but this canvas is deemed the primary version of the painting. 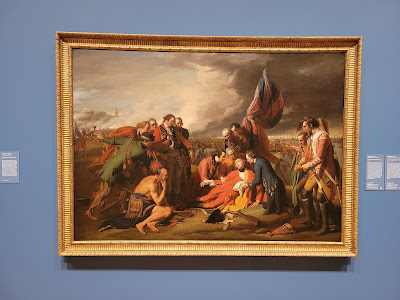 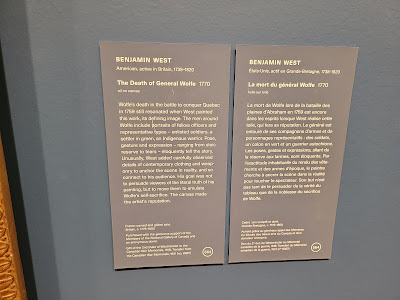