Finale For A Gallery

Today I bring this series to a close with some final items of world art from the collection. I slipped into one of the side corridors and found this painting by British artist Stanley Spencer. Landscape With Magnolia, Odney Club is a 1938 work. 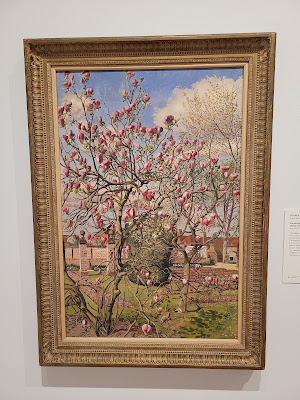 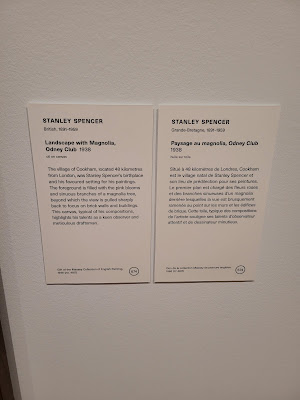 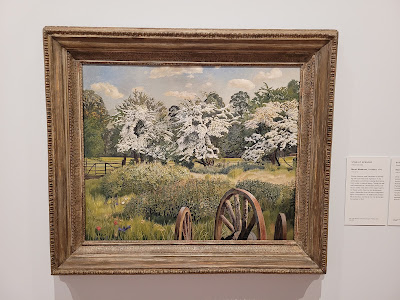 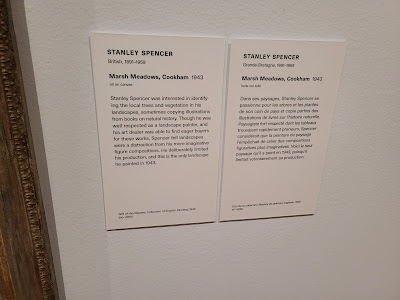 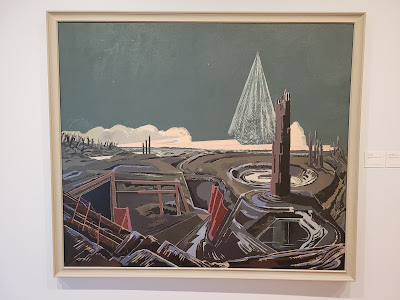 The Second World War provided inspiration for this dramatic painting by Richard Eurich. Dunkirk Beaches, May 1940 dates back to 1940-41. 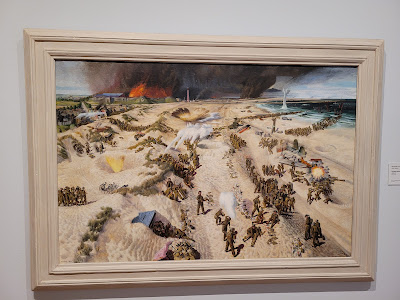 Sappers At Work: A Canadian Tunnelling Company is the title of this 1919 canvas by David Bomberg. 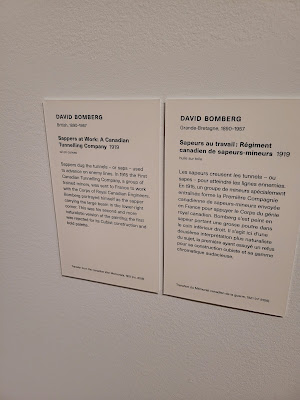 T.E. Lawrence As Aircraftman Shaw is the title of this portrait by Augustus John, depicting the famous Lawrence of Arabia following the Great War, when he re-enlisted under an assumed name. 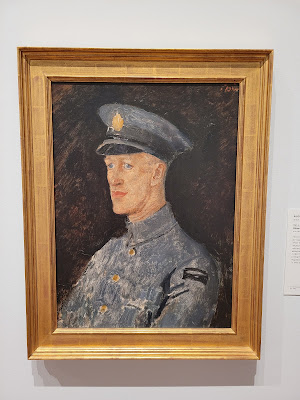 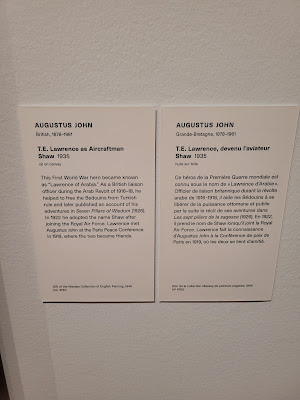 Departing from the galleries, I took the stairs down to the main level. This statue is halfway down. Young Woman Bathing dates to 1919-21, and is a sculpture done in limestone by Aristide Maillol. 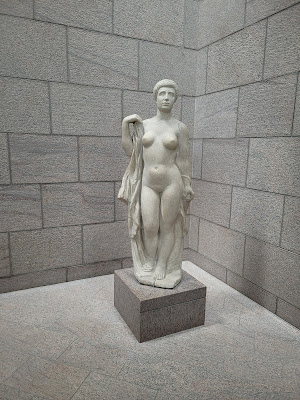 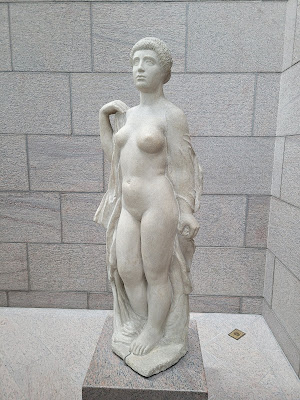 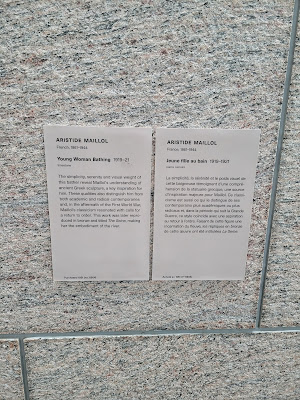 The ramp beckoned me down. 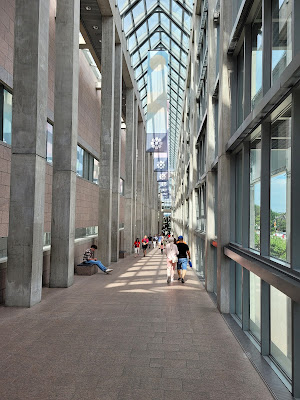 Views out the windows looked towards the American embassy and Major's Hill Park. 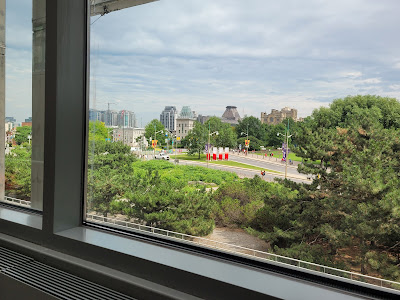 As well as towards Parliament Hill. 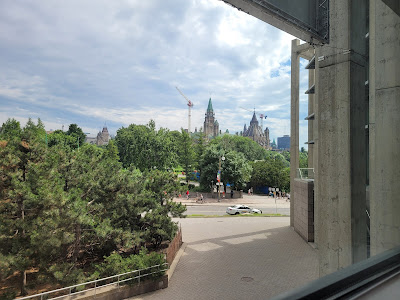