Victory, Defeat, And A Capacity For Evil

Mary Reid was a member of the Cree and the first Indigenous servicewoman in the country's history. A famous photograph of her accompanies her profile. 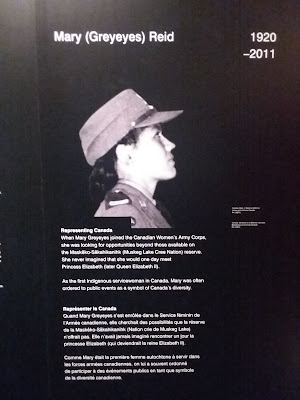 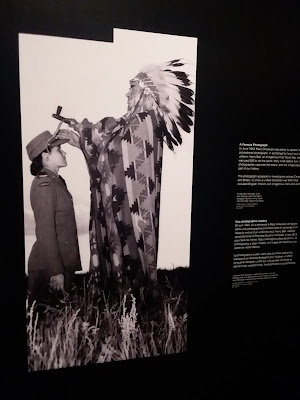 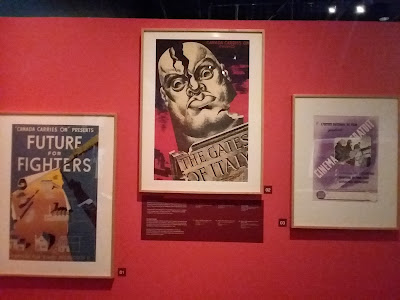 One of those instances of ordinary men rising to the occasion. James Roberts had been a manager at an ice cream facility before the war, started off as a junior officer and rose to the rank of a brigader by the end of it. Highly decorated for his efforts, he would take part in war crimes proceedings, but give all credit to his men, calling them "the finest group of men I had ever known." 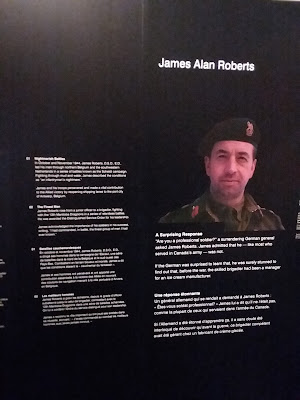 His uniform and medal set are here. 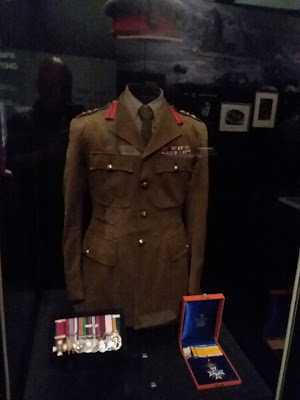 Bert Kahrel was a teenager in the Netherlands during the last months of the occupation. His identification papers, altered to hide his age, saved him from being conscripted by the Germans. 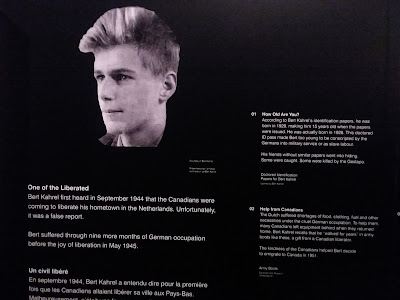 Faces that say it all: Canadian soldiers and Dutch civilians on VE-Day. 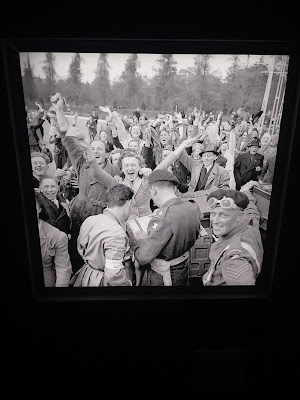 That same day, photos from Ottawa and London- a day of all days. 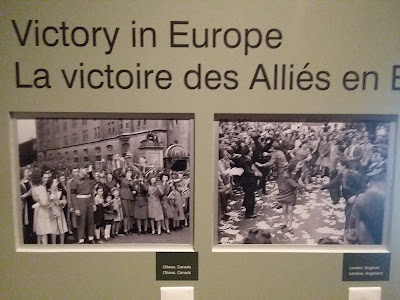 Aba Bayefsky went to war as a commissioned war artist, and documented Bergen-Belsen. A couple of his works from that concentration camp are reproduced alongside his profile, but just too disturbing to photograph. His quote about the Holocaust speaks volumes, and reminds me of a quote of a Canadian serviceman in the permanent galleries of the War Museum in regards to the Holocaust- this is why we fought World War Two. 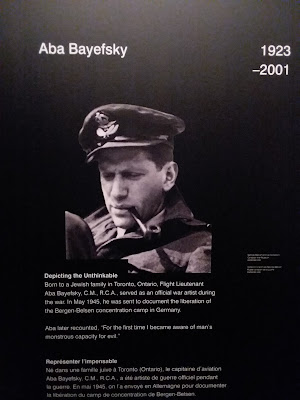 Women served during the war and in its aftermath. We'll pick up here tomorrow. 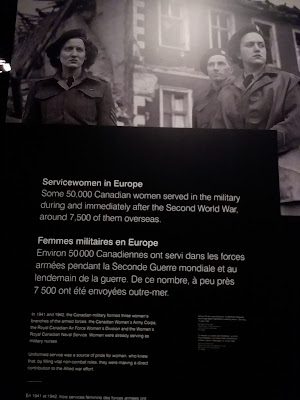