Today we begin close to where we left off yesterday. Empress Josephine is the title of this 1805-08 marble bust by Joseph Chinard. 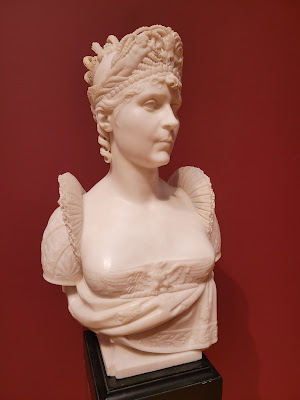 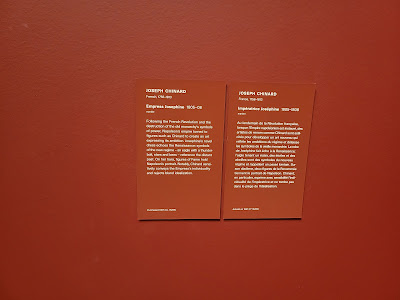 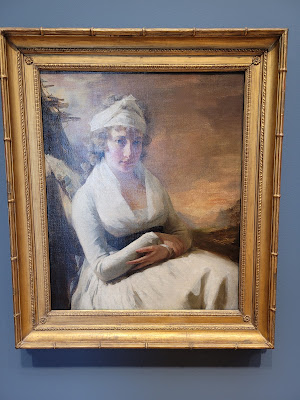 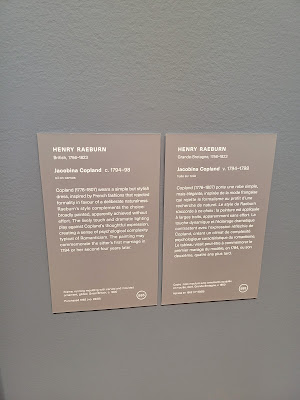 Salisbury Cathedral From The Bishop's Grounds is the title of this 1820 landscape painting by John Constable. 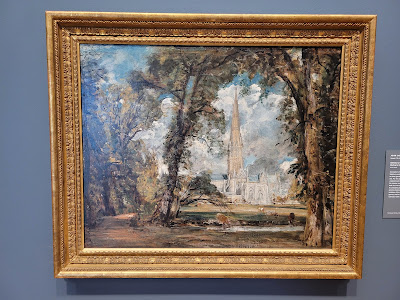 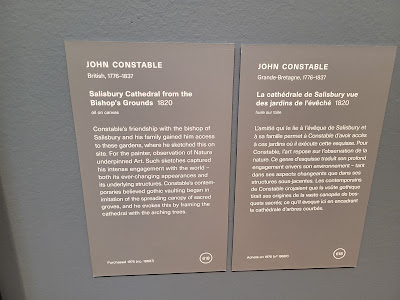 A look ahead into the next space. The painting on the wall facing us, we'll take a look at tomorrow. 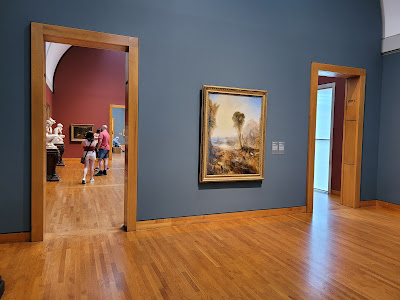 An American painting of a tomb to a British general whose final resting place is on Canadian soil. Thomas Cole painted this dramatic landscape, The Tomb of General Brock, Near Queenston, Lake Ontario, Upper Canada, in 1830. Brock lost his life fighting at Queenston Heights in the War of 1812, and a monument has been erected over his tomb, high above the Niagara River. 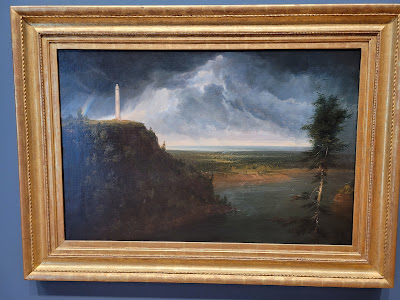 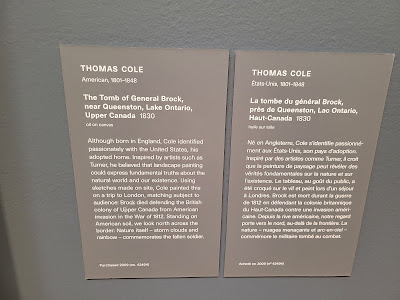 An exceptional portrait for an exceptional man. Alexander Mackenzie was a Scottish born fur trader who came to Canada and would end up finding the river to the Arctic Ocean that bears his name, as well as an overland route to the Pacific Ocean- a decade before Lewis and Clark. He would be knighted for his accomplishments. Sir Alexander Mackenzie was painted by Thomas Lawrence in 1800-01. 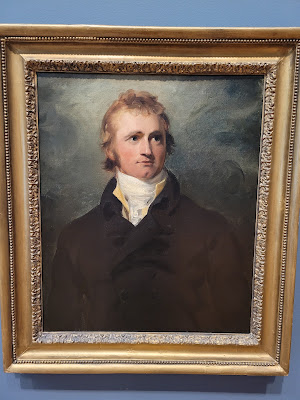 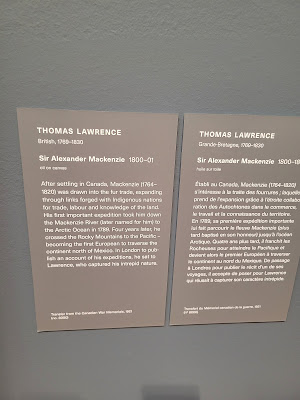 I finish today with this work. Louisa Grace Manners is the title of this 1807 bust by Joseph Nollekens. 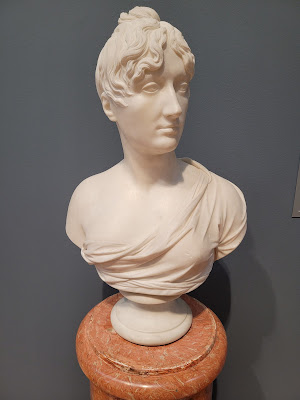 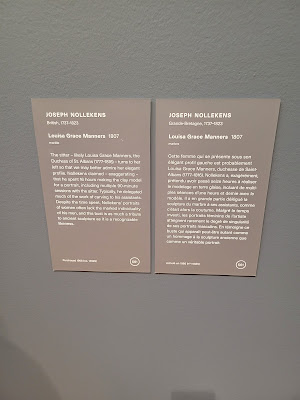