A poignant display is found here: a Canadian flag is draped over the shape of a coffin, while a video screen plays footage of a funeral service decades after the Second World War, along with the recovery efforts that preceded it. 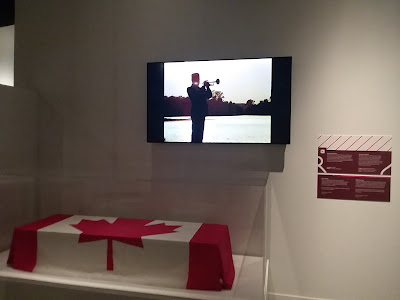 The lost flight of Will Kyle and five other Canadians, whose plane went down over what had been called Burma at the time in 1945, was a mystery for decades. Photographs of his crewmates are here. 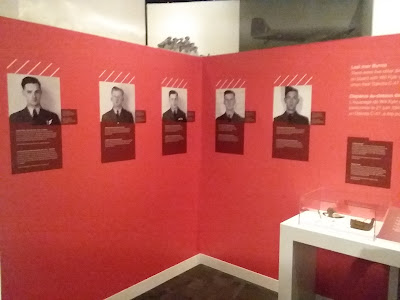 A hunter found the wreckage in the jungle in 1990. Five years later this was brought forward to the Canadian government. Items from the wreckage are in this case. 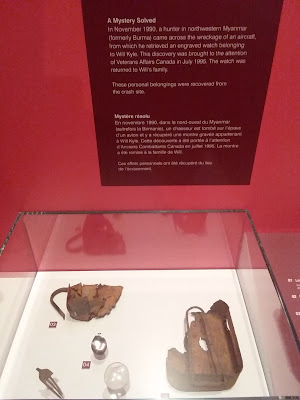 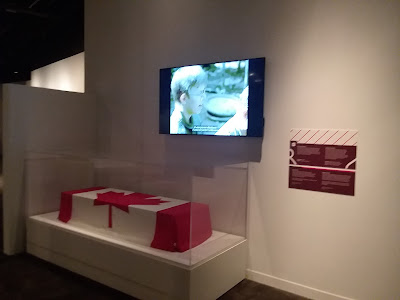 More pieces of the wreckage are encased in the walls and the floor nearby, with photographs of the jungle terrain they had been in. The bodies were recovered and given full honours in their burial, at a Commonwealth war cemetery: brothers in arms, resting in peace. 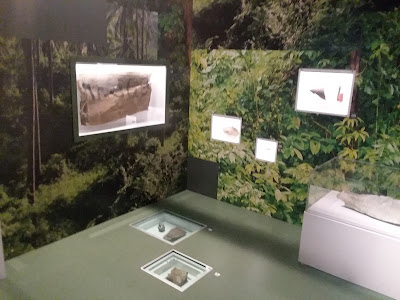 Coming out of the exhibit, one finds profiles of people after the war. Regina Rosenbaum survived Auschwitz and the Holocaust. She and her husband Berek came to Canada, started a new life and raised a family. Their children, grandchildren, and great-grandchildren are their legacy as survivors. 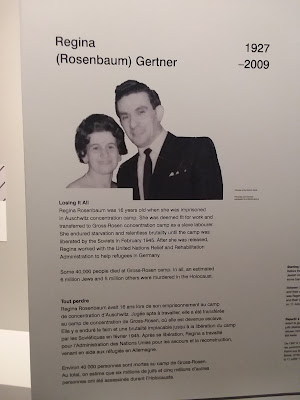 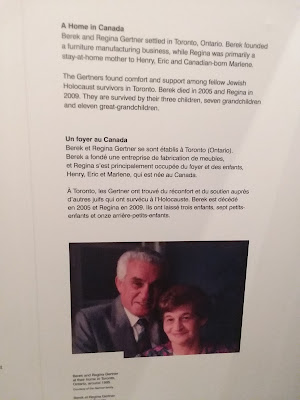 Bert Kahrel was one of the many who immigrated from the Netherlands after the War. Today he's a volunteer interpreter at the War Museum. 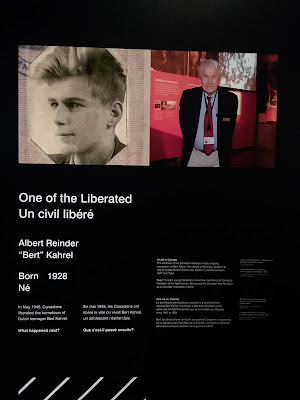 The Campbell brothers, who died within a month of each other, have been honoured by the naming of a town out west- Campbell Bay, Saskatchewan. 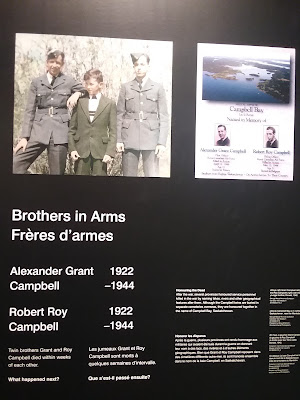 Doug Sam, who had survived the downing of his Halifax and returned to service, stayed in the military after the war, retiring two decades later a highly decorated lieutenant-colonel. 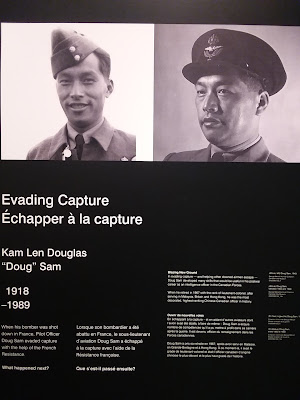 Irene Courtenay served as a nurse, as her father had served before her as a soldier. Following the war she worked as a nursing consultant and a professor.
As an exhibit, Forever Changed was very effectively done, precisely because it focused so strongly on personal stories of the Second World War. I enjoyed my visits each time I came through. 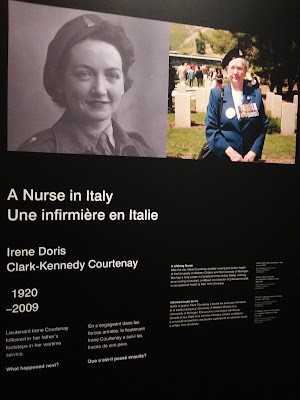