This German tank, damaged during the Italian campaign, ended up in Canadian hands, and is displayed in the section of the museum dealing with that theatre of the Second World War. 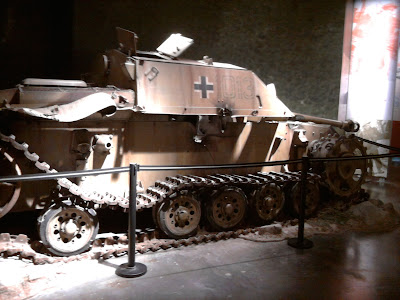 Next to this section of the museum is the extensive area examining the Normandy campaign. I thought I'd photograph this panel; it's a good piece of trivia. 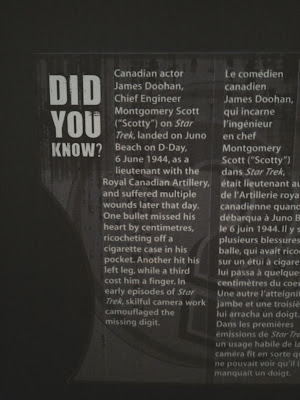 There's a door close to this panel that opens up onto a balcony that overlooks the Lebreton Gallery below. The Gallery is filled with tanks, transports, artillery, and more from multiple countries. There's space for a stage for choirs, a common occurrence during the days leading to Remembrance Day. There is even a submarine down in there, and a  World War Two weather station left by a German U-boat in the northern stretches of Labrador, and not discovered until the 1980s. I'm glad I took these shots anyway. At some point when I return to the museum, I'll have to take pictures down below. 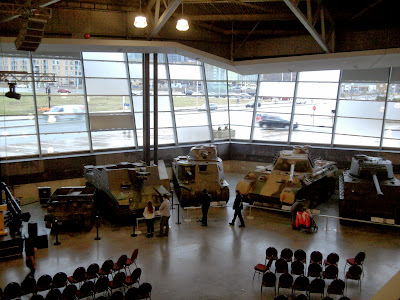 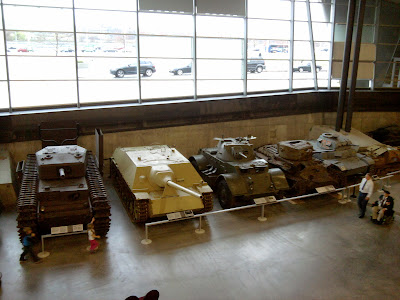 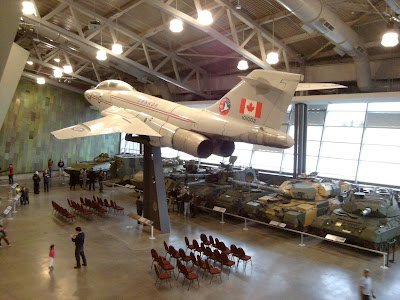