Coming into the World War Two section at the museum, the visitor sees panels exploring the dynamics of the world in the 1930s, particularly the movements of what came to be called the Axis powers. The first item we actually see is this car, one of Hitler's personal fleet. It ended up in Canadian hands after the war, and has been in the museum collection since. It might only be a car, on the surface, but I always feel a sense of unease about it. 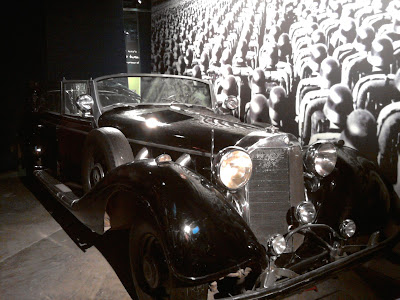 One of those things you have to look up at to notice. This is a recreation of a balloon bomb. The Japanese sent these up into the winds over the Pacific, with the idea to have them descend over North America and explode. A number of them made it all the way; there's a nearby map showing locations in Canada and the United States where balloon bombs exploded. One happened to reach as far east as Detroit. 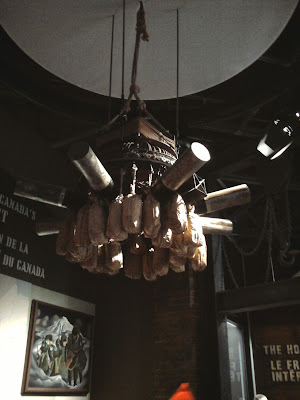 This large truck is typical of the transports being used by Allied forces in the Second World War. 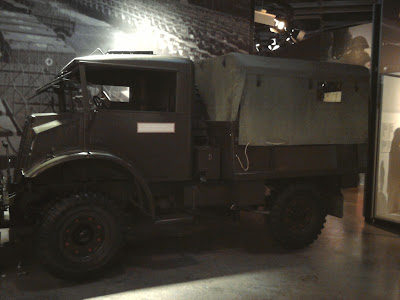 Another section in which it helps to look up. The fighter is positioned up above the visitor passing among the exhibits. I'm not absolutely certain, but I believe it's a Spitfire. 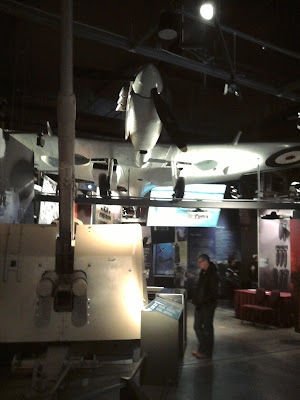 There is a section here in the War Museum that deals with the drive through Sicily and the Italian peninsula. Among the displays are two life sized soldiers, on  either side of a ruined wall. The visitor passes them by. The first here is a Canadian, and the second is German. 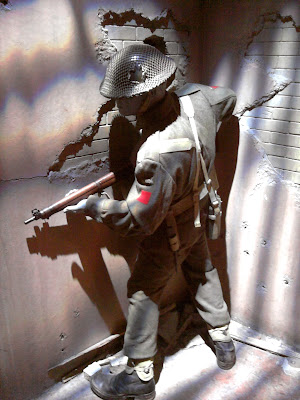 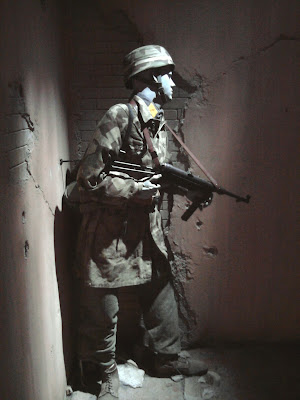