Like other buildings on Parliament Hill, Centre Block is in the Gothic Revival style, as had been the first version destroyed in the fire. Confederation Hall is the focal point of the building, with corridors leading off to the House of Commons, the Senate, and the Library Of Parliament. 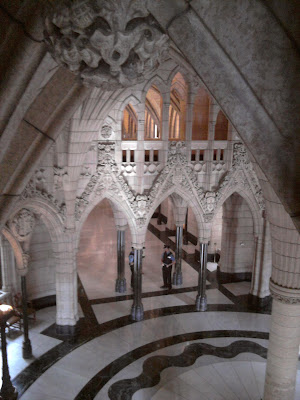 For the visitor, it is first viewed from above while waiting for the elevator up the Peace Tower. It's an octagonal chamber, with limestone columns circling the room, and beautiful carvings to be found throughout. 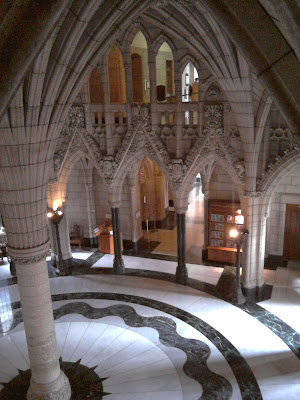 This gives you a view from the floor level. 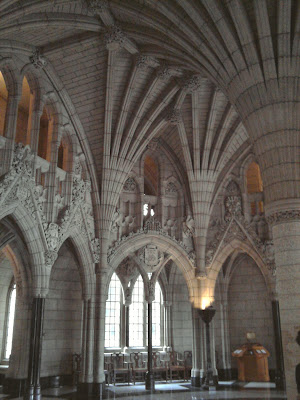 Around Christmas, these columns and the hall are decorated for the season. I'll have to do the full tour of Centre Block around then. With luck, that includes getting into the House of Commons too. 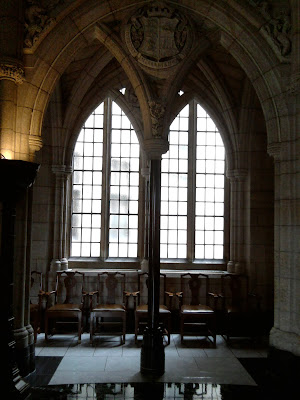 Below, the Hall of Honour branches off from Confederation Hall, and goes to the Library Of Parliament at the far end. 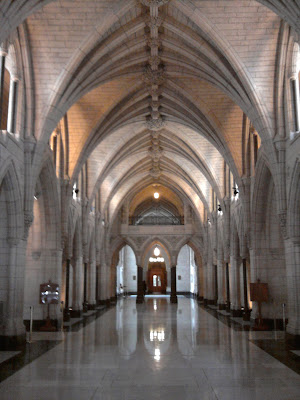 I'll be returning to the Peace Tower in a few days for Remembrance Day, but until then, there are a few other posts to see to.