The Cost Of Victory

Every once in awhile, you have to look up in this museum. A biplane is positioned overhead in an area dealing with the critical battle of Vimy Ridge, a Canadian victory in the First World War. 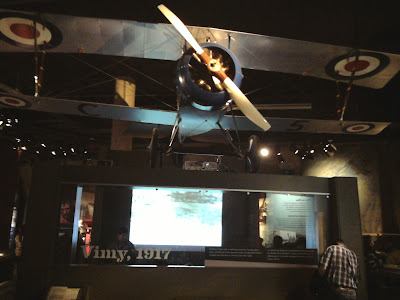 Nearby stands another cannon of the time. 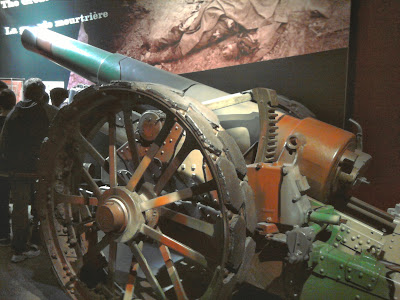 The full horrors of the War are depicted most effectively a bit further on, in a portion dealing with the battle of Passchendaele, a clash that was typical of fighting on the Western Front. The land was pounded into mud, with weapons, equipment, and even the bodies of men buried deep in the muck. Photographs of the area show the sheer totality of the damage to the landscape. And this display allows the visitor to get a sense of the conditions faced by soldiers at the time. It's little wonder that so many came back shell shocked, another subject dealt with close to this display. 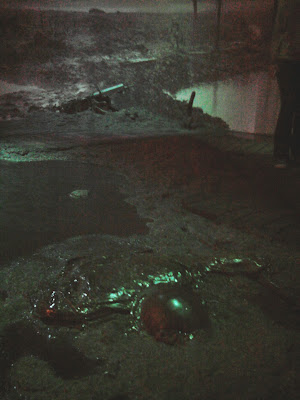 A transport vehicle of the time. As the war went on, as more and more men died under the orders of officers using outdated tactics against new technologies, a stalemate ensued. It would finally be broken by the Hundred Days, in which combined arms fighting would prove to be decisive. 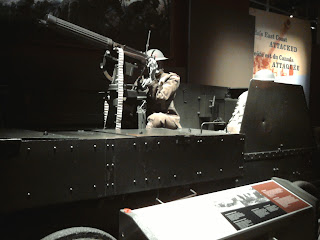 Still, the end of the war didn't solve the problems that had started it. Millions had died, and millions more were wounded or emotionally scarred. The map of the world was radically reorganized, but the issues that had led to the Great War remained, along with new scars that twenty years later would lead to an even more  terrible war. Here at the end of the World War One section, there is a stained glass window, something very typical of families of dead soldiers to have done, placed in churches, for instance. 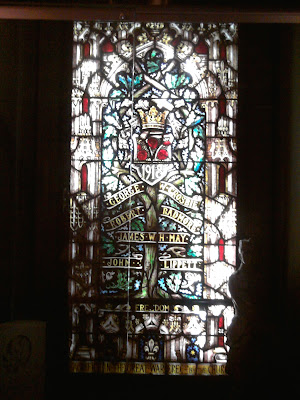