The idea of a Canadian War Museum goes all the way back to the late 19th century, and for many years, the collection was housed in a building downtown. I'll show you that place sometime, but there came a point when the need for more space became pressing, and the new museum was erected to the west of the downtown core, in the area called Lebreton Flats, opening in 2005. 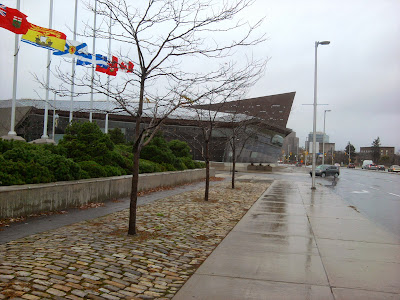 Every once in awhile, architects get the job done right. In this case, the building is designed with the subject clearly in mind. From a distance, it looks like a bunker or an airplane, depending on the eye of the beholder. Its roof holds a field of poppies and commanding views of the surroundings. And its interior houses a collection of military art, artifacts, vehicles, and much more, while telling the story of Canada in warfare in the context of world history. It is a stark and solemn place, as it must be. 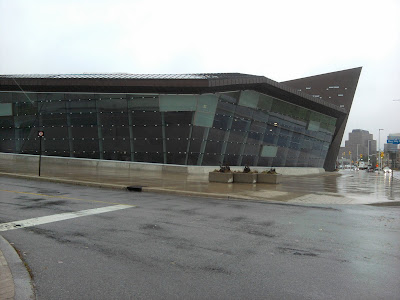 The triangular spike you see above is Regeneration Hall, one of two fundamental aspects of the building (it has a direct view towards the Peace Tower). I'll have to go back in there sometime, because my mobile memory card ran out of space before I got there, and there are things in that hall I want you to see. It lines up with the other core element in the building: Memorial Hall. Behind the glass wall is Lebreton Gallery, which you'll see something of in future posts.

Memorial Hall is a deceptively simple room, but it is in fact the heart of the museum. The walls remind one of the gravestones of soldiers, a common theme in the museum, where corridors are often at sharp, harsh angles, with stone rectangular panels mimicking tombstones. There is but one artifact in the room, lit by a window from above and soft interior lights. Unfortunately the pic I took of it didn't turn out well (curses!). It is the original gravestone of the man whose body now rests in the Tomb of the Unknown Soldier.

The entire museum is built with this room in mind. The architect designed the museum so that on November 11th, at eleven in the morning, if the sun was shining, it would illuminate the tombstone through the window. I have no idea of the math involved in figuring out how that works. Memorial Hall is a quiet, solemn space, and an ideal place to begin the tour of the museum. 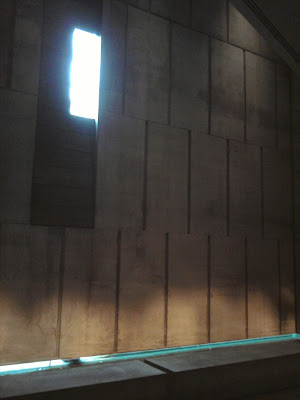 The museum follows the chronological order of history, starting with the first traces of pre-Contact conflicts among First Nations peoples. There are extensive panels, artifacts under glass, and displays in life size, such as this, which depicts the partnerships of Europeans and Native peoples, and the blending of their technologies and ways of life. 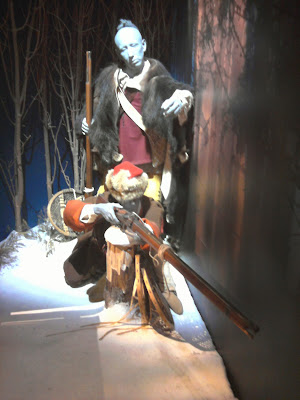 I'll leave off for today with this mortar, typical of the artillery used during the French and Indian War. This one was used by the French during the siege of Louisbourg, in Nova Scotia. 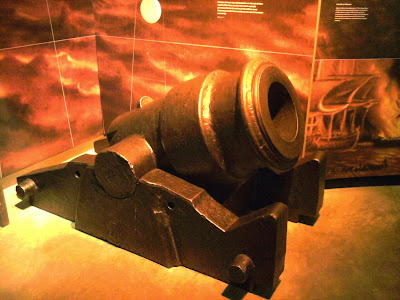