Every once in awhile I'll no doubt photograph something that doesn't fit in with other things. So why not add the odd ones together?

Hot air balloons often take off from the northeast section of the campus at Carleton University, where there's a large area of green space. I snapped this shot on a late October afternoon, probably one of the last chances for balloons to get up in the sky over the city before winter. 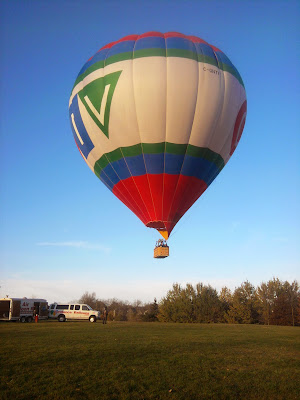 An autumn shot, taken towards the end of October. This is one of the side streets in the Glebe, early in the morning, bringing out the red in that tree's leaves. 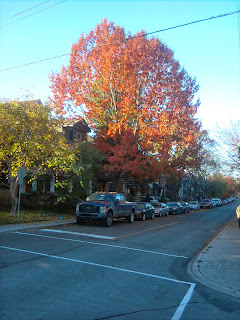 Sunnyside Wesleyan Church is not far from my place in Old Ottawa South (there is a difference with Ottawa South, apparently). The glass front is relatively new, installed several years ago to create an interior space over what was the exterior front entrance. It also allowed the congregation to improve accessibility. The church is notable for one of its former members. The late gospel singer George Beverly Shea attended as a boy nearly a century ago; his father was the minister. 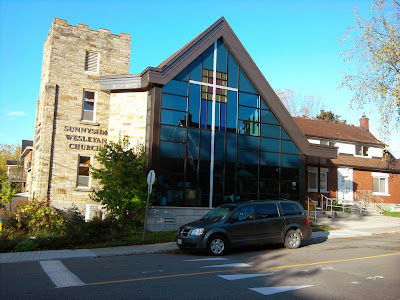 Another church in Old Ottawa South. I mentioned Southminster United a few days ago in a post on the Canal. Here we have the church from the east. The oak tree out front is in full blaze of gold and red, contrasting nicely with the field stone of the building. 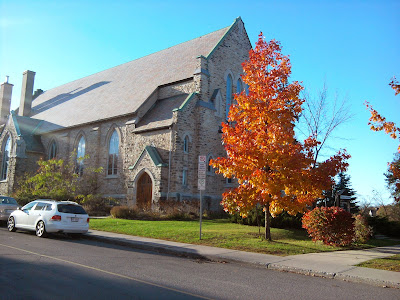 Up on Parliament Hill some weeks ago, I was passing by one day when I heard a great deal of noise. As it turns out, there was wheelchair bike racing going on, in a loop around the front lawn. Now that takes serious upper body strength. 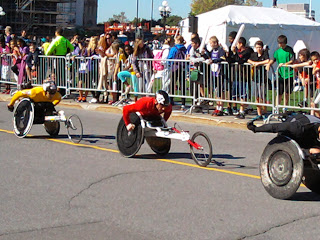 I took you inside here during Nuit Blanche, so it's time to see the exterior. This is the Ottawa School of Art, in the Byward Market. 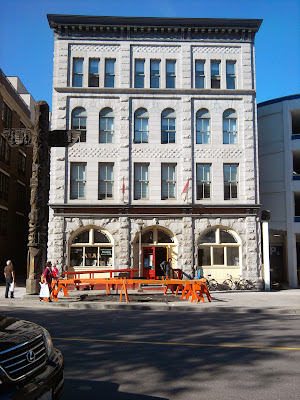 Posted by William Kendall at 1:29 PM