This is familiar to many Canadians, since it's seen so often on the news. The main Commons doors are where Members of Parliament step out from the House of Commons to face the press with a look in their eyes that reminds one of deer in the headlights... or run off, hollering that they have nothing to say about that whole brewing controversy in their ministry. 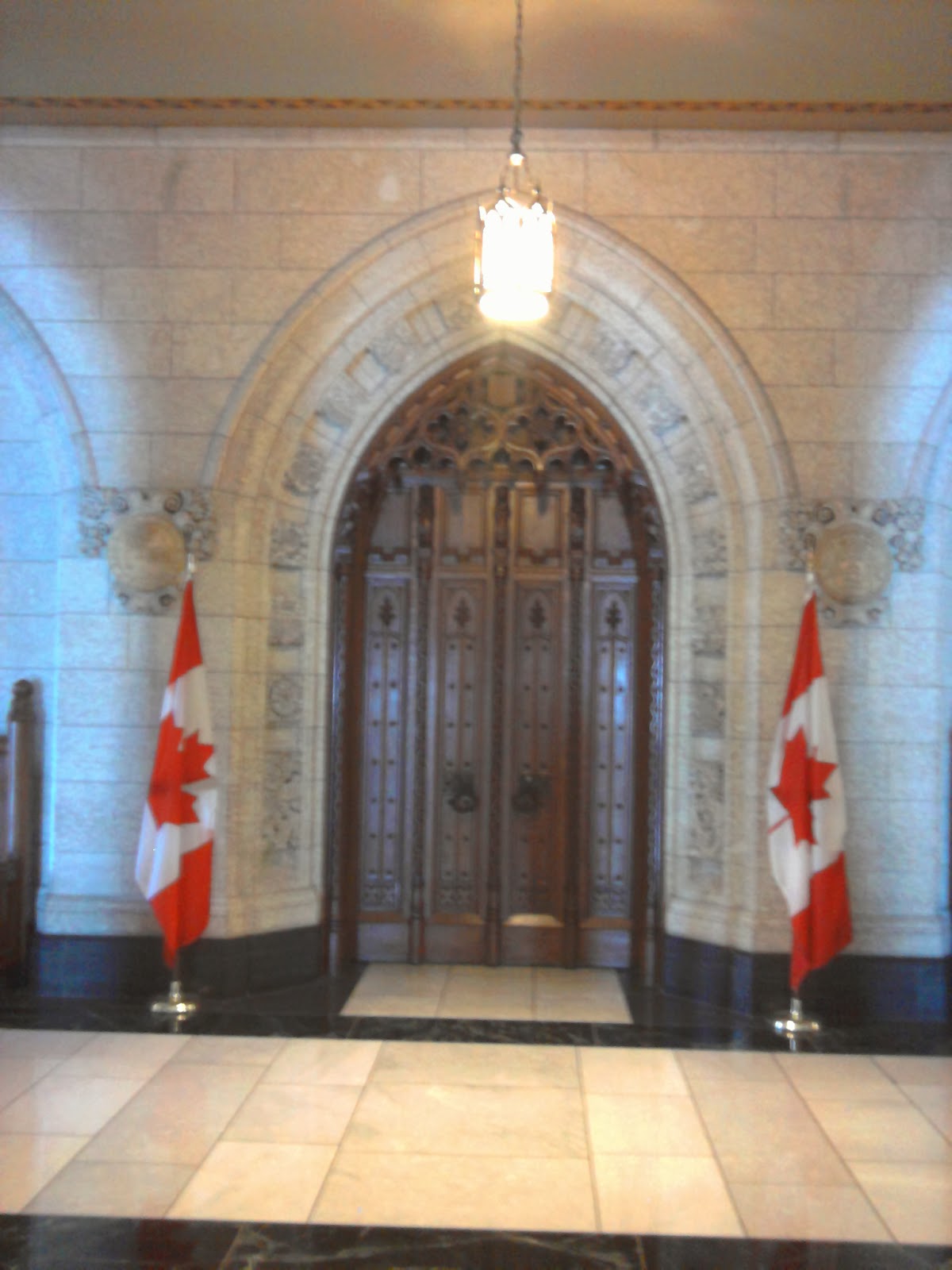 This carving is above one of the side doors into the space between the foyer and the Commons. 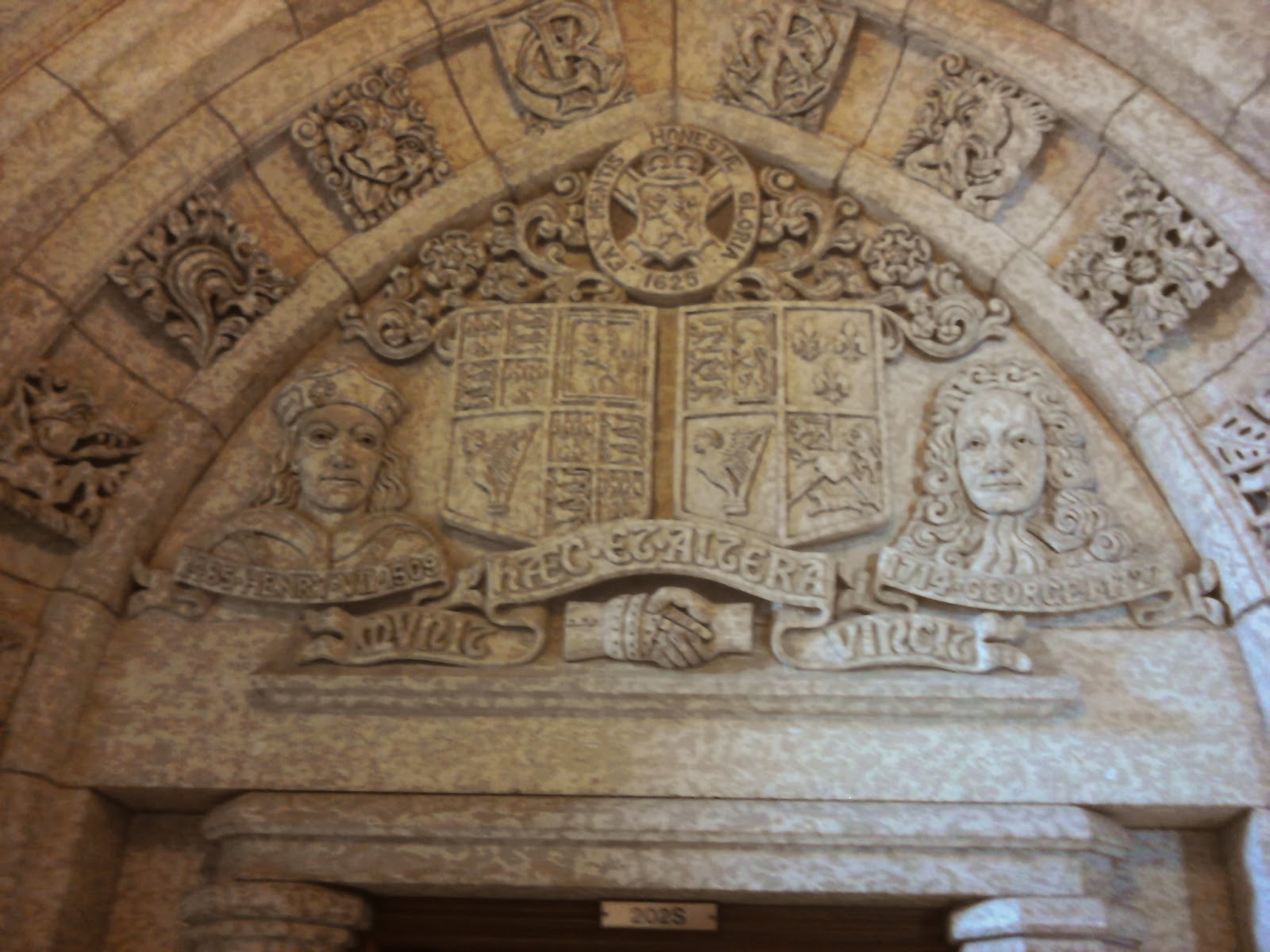 On the tour, visitors don't actually step inside the Commons; the doors were closed and things were quiet inside. Public galleries above, however, are open to visitors when Parliament is in session. 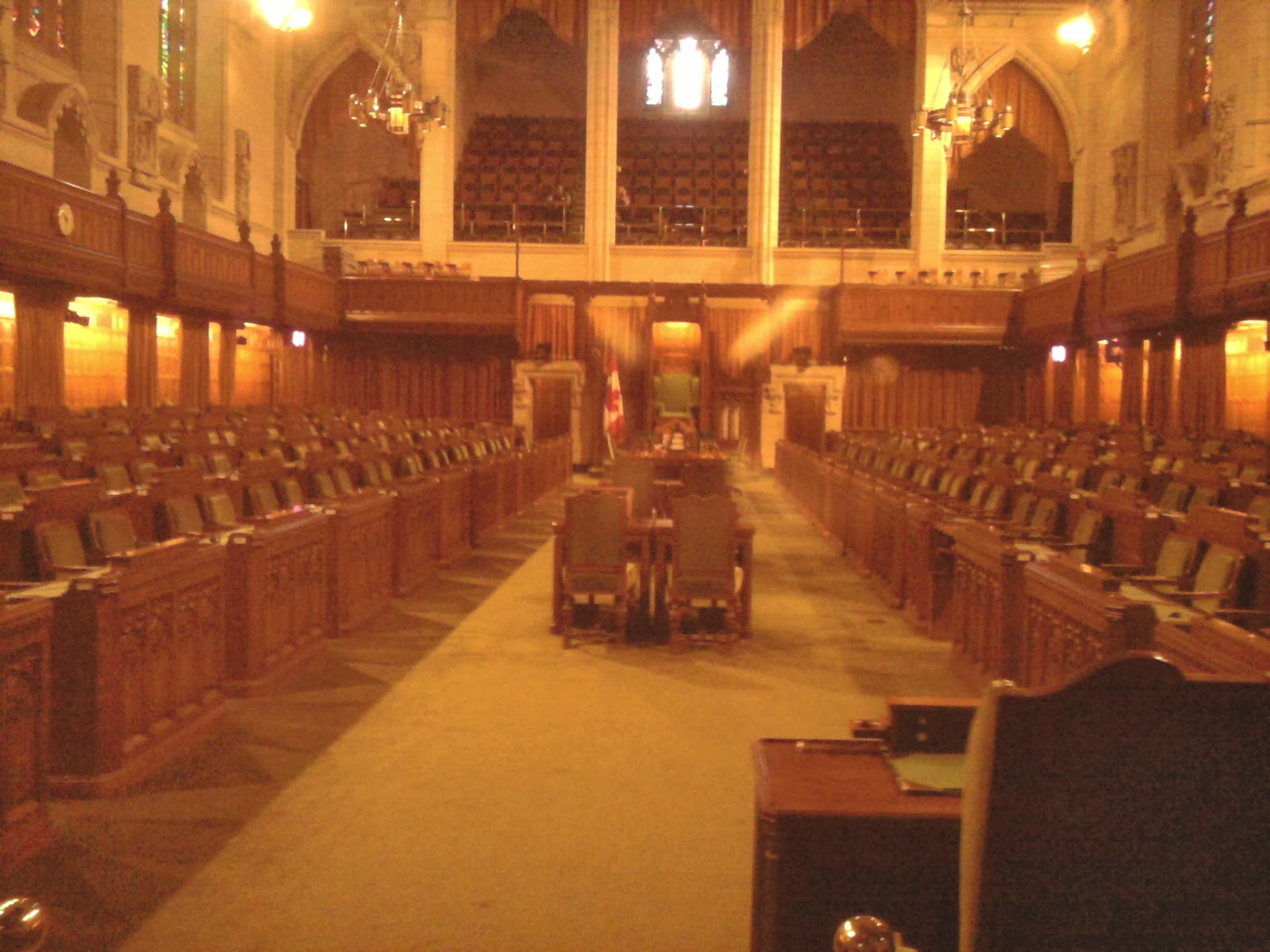 I switched settings with the camera for a brighter look. The Speaker presides over things at the far side. At times the job is more that of a referee. 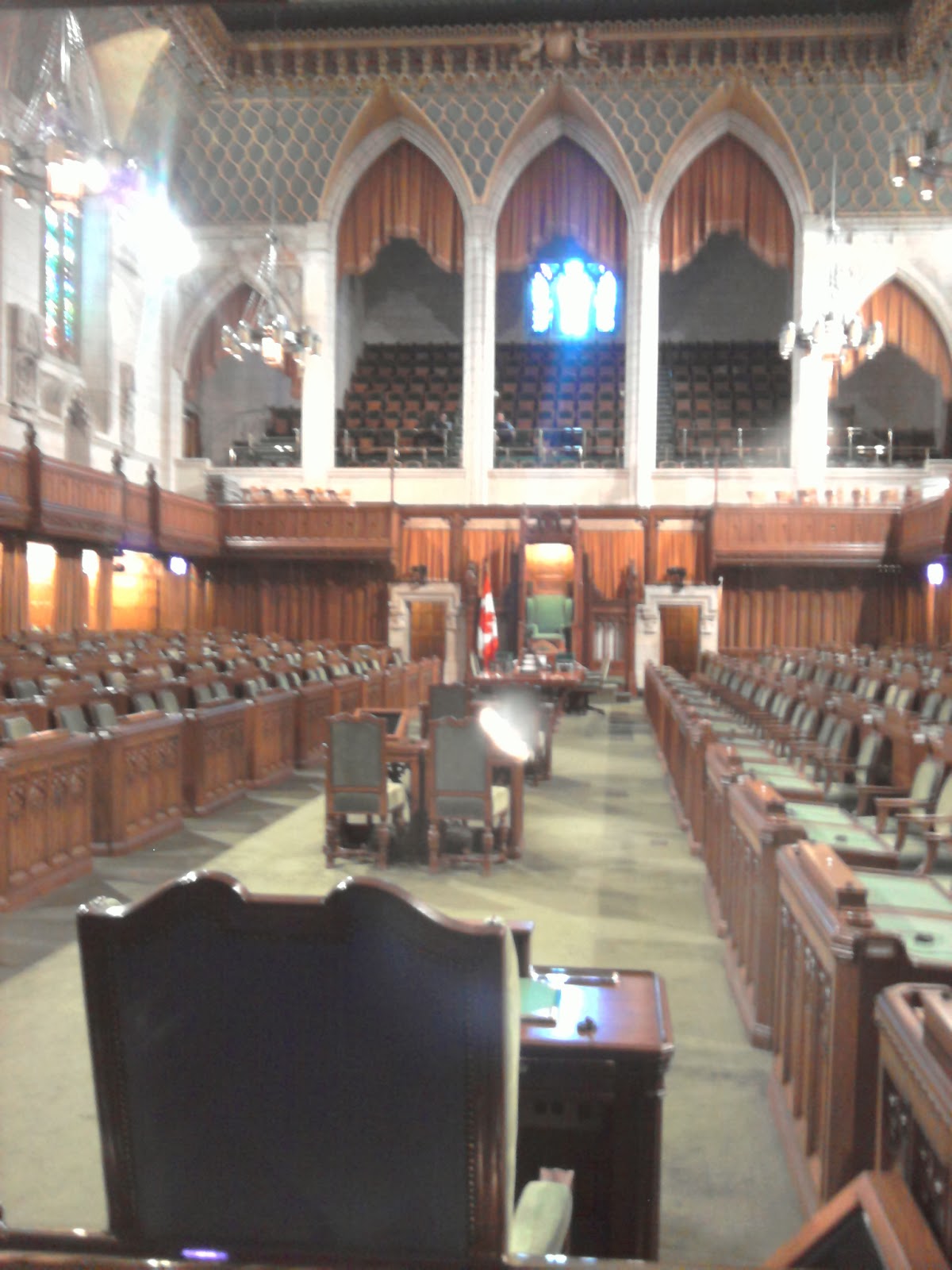 The government seats are on the left side. Darth Harper sits about midway down in the front row (hi, Stevie!) 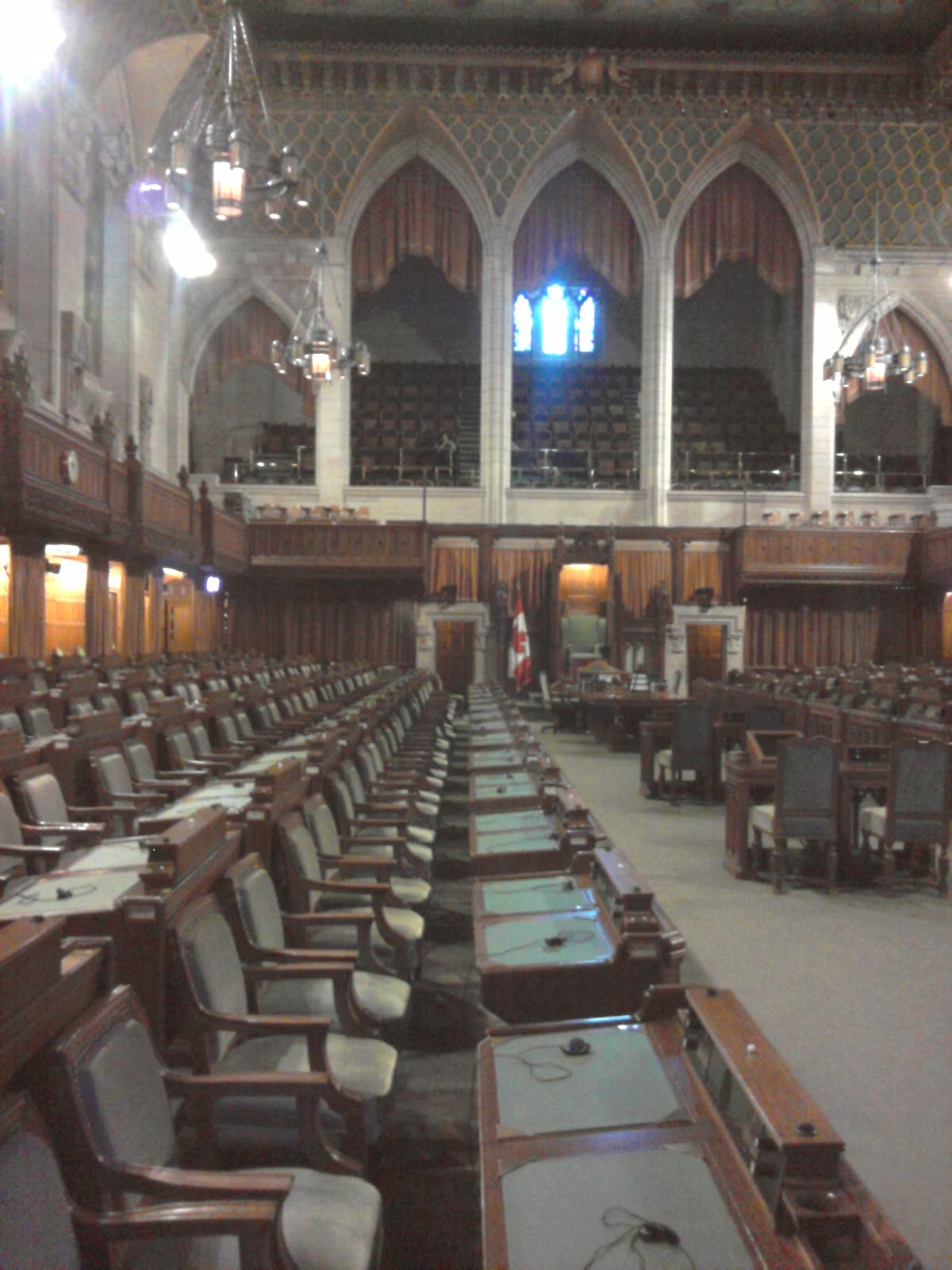 On the right, it's the opposition's territory. I've been in the public galleries before. The arguing in here can make kindergartens look mature. 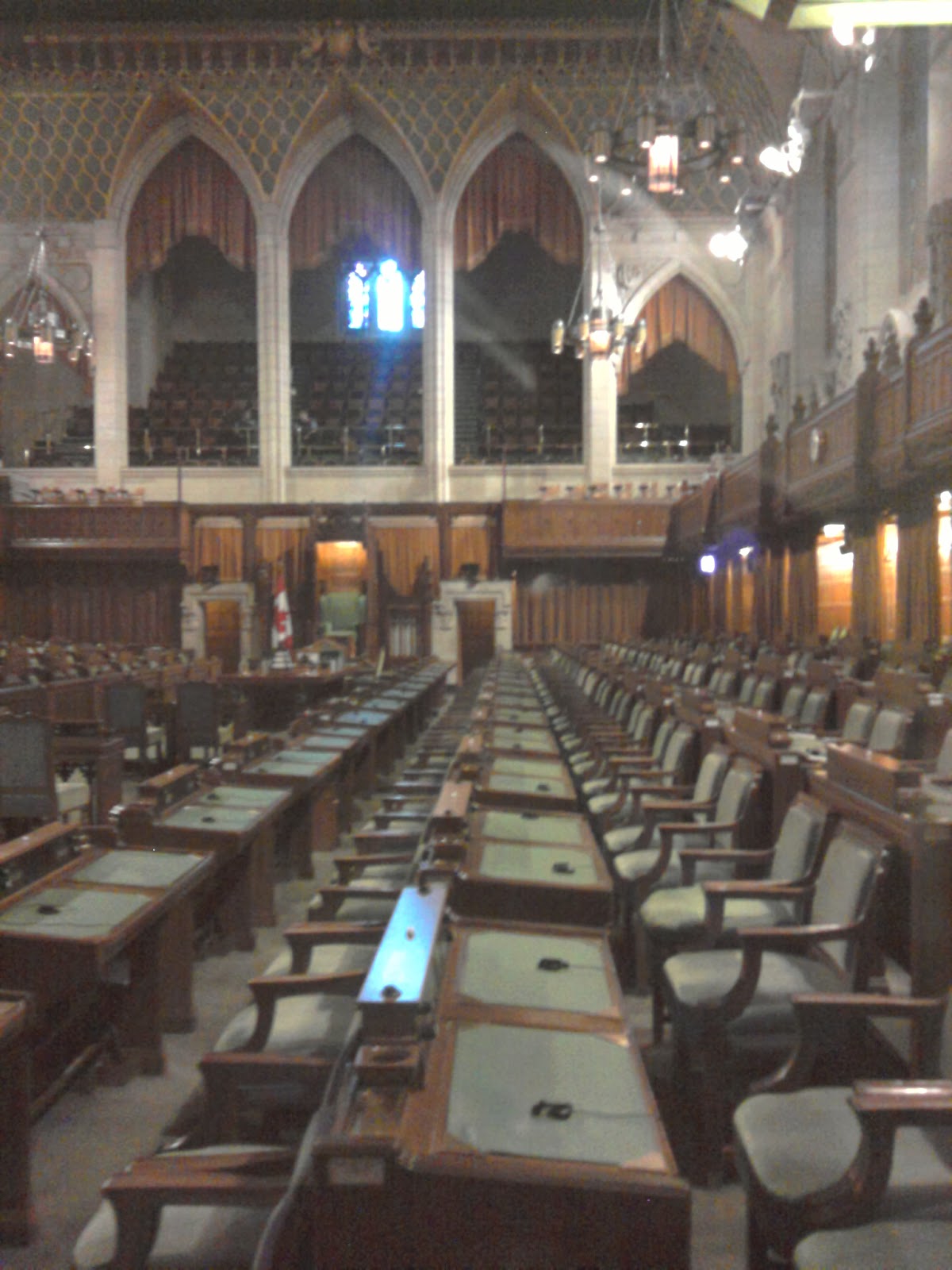